We fancied some tapas before we toddled off to a jazz concert in Plaza Europa in Puerto de la Cruz. Time was short so we wanted somewhere close by so we could spend more time eating and less time walking.

But we were in a dithery mood and in danger of wasting valuable time. Eventually we agreed on a relatively new deli/tapas bar specialising in jamón ibérico in a street not far from the venue.

Our route to it took us along the cobbles of a street behind Plaza de la Iglesia and past Casa Mediterrania, a tiny restaurant hidden away from the masses who stick to the main drag.

Actually, as the title of this sort of gives away, it didn’t take us past Casa Mediterrania. 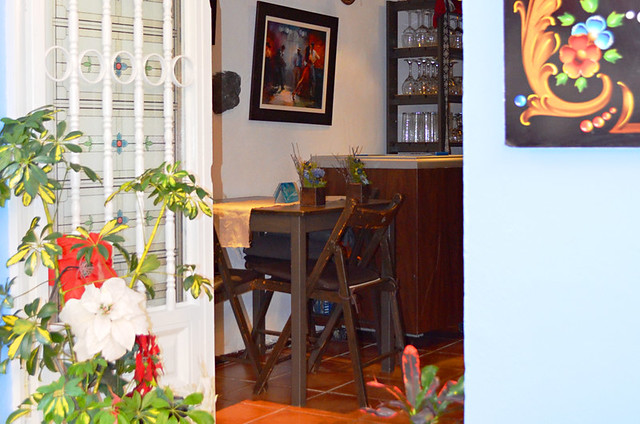 In the dusky light, the handful of neat little tables outside the powder blue cottage restaurant looked romantic and irresistible. It’s a great little street that doesn’t get the attention it deserves. So we decided to give it ours.

The name is inherited from a previous owner, an Italian chef with a personality as bright as the chef’s hat he wore on his head. For the last couple of years it’s been run by the sweetest Argentinian couple who are sincerely attentive and ooze genuine interest in how much you’re enjoying their food.

Then there’s the menu. 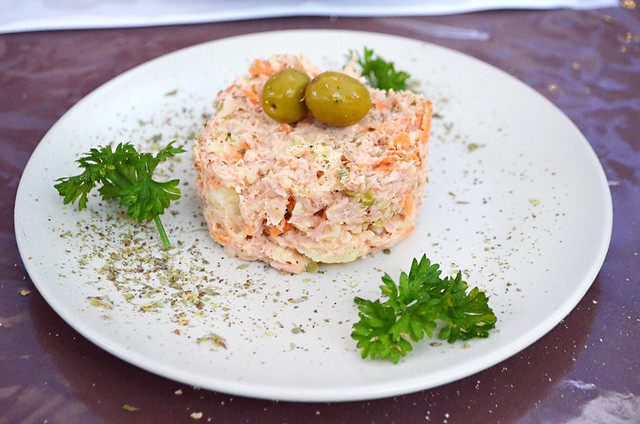 The Food at Casa Mediterrania
At first glance many of the dishes on the menu sounded similar to those you’d find on the menus of Canarian/Spanish restaurants in the town. A smart move as a lot of the local population don’t stray too far from the familiar. But, although the menu is quite select, and dishes seem familiar, they are also different enough to perk the interest.

Being an Argentinian restaurant I’m guessing steak would be an excellent choice at Casa Mediterrania and the parillada Argentina would have been considered had time not been short. 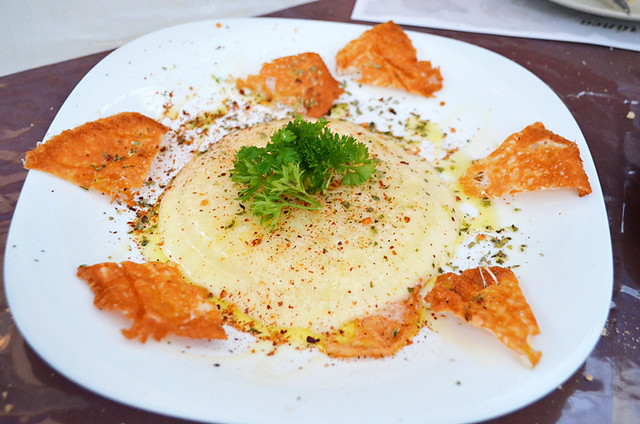 We stuck to our tapas plans, ordering two dishes we knew (ensaladilla rusa and pescaditos fritos) and two we didn’t (queso provolone and empanada Argentina).

You tend to know what you’re getting with ensaladilla rusa (Russian salad) but theirs was presented with care and style. Although tasty, there are no surprises with simple pescaditos fritos which are like the Spanish version of whitebait.

The empanadas (little pies) and the queso provolone were the show stealers though. The provolone was a cheesy feast, with a soft mound of savoury melted cheese which we scooped up with thin, fried cheesy triangles. Don’t have your cholesterol checked after this one. The empanadas were bigger than the usual tomato and tuna ones you tend to find in restaurants on Tenerife. Bigger and far, far better. These Argentinian empanadas had more in common with Cornish pasties, wonderfully spicy Cornish pasties. Just writing about them makes me want another encounter… pronto. 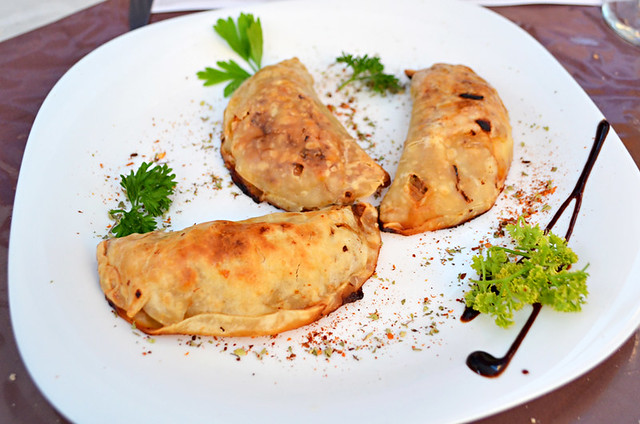 At some point as we ‘MMM’d’ our way through the tapas the start time for the jazz concert came and went. We didn’t care, the food was too good to rush.

And anyway, when did a concert on Tenerife ever start on time?