After our first year of living on Tenerife we realised that this island of ‘perpetual spring’ actually changed character from month to month. November on Tenerife was nothing like July on Tenerife. Scenery, fiestas, weather, the people who visited – all different in one way or another.

Similarly, after dark in Tenerife’s towns and cities is a very different scene than during daylight hours. Even the island’s cities feel small and intimate thanks to lighting that is a) extremely dim and b) turns everything gold. It’s always interesting to explore places at night to get a fully rounded feel for a location.

Here are ten snapshots of some Tenerife locations after the sun has headed to bed. 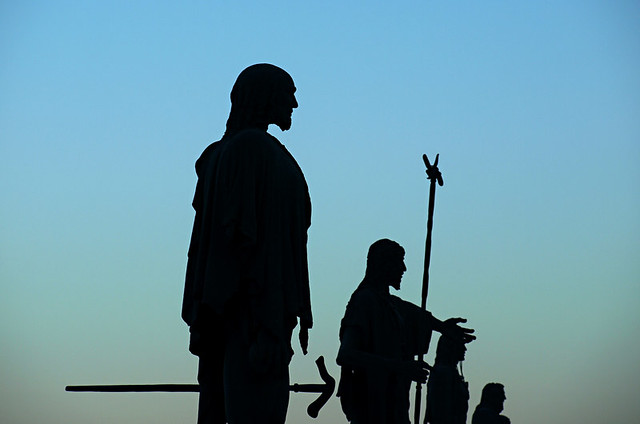 The statues of the Guanche Menceys that add a noble air to Plaza de la Patrona in Candelaria become even more enigmatic after dark. Silhouetted by the setting sun, they can appear unnervingly lifelike. 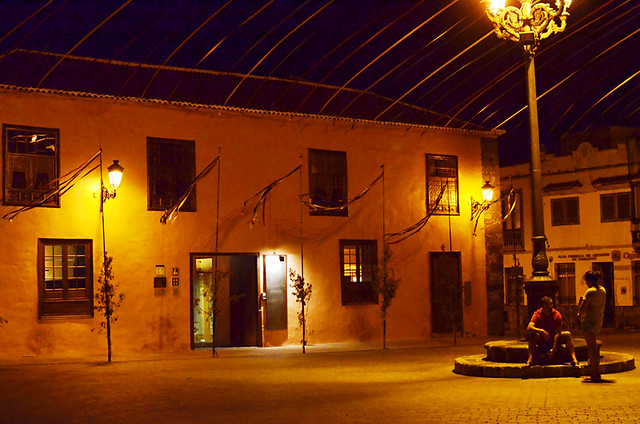 Bustling with day trippers during the hours of daylight, the sun going down brings about a radical transformation in Garachico. 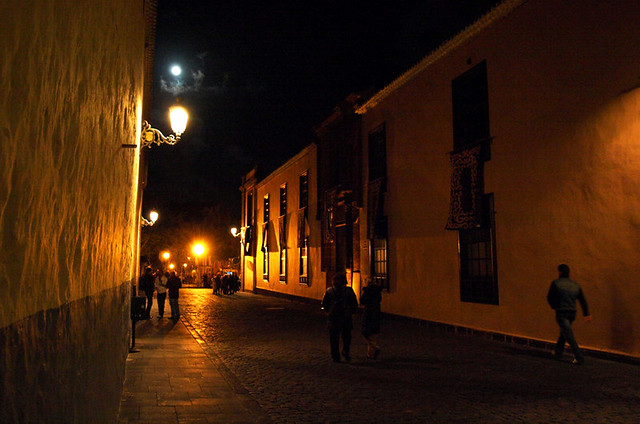 The historic La Laguna streets lend themselves particularly well to the Victorian looking lighting. You could almost imagine a gent wearing a top hat and a black cape with scarlet lining striding down that street. Some swirling atmospheric fog would complete the picture perfectly. 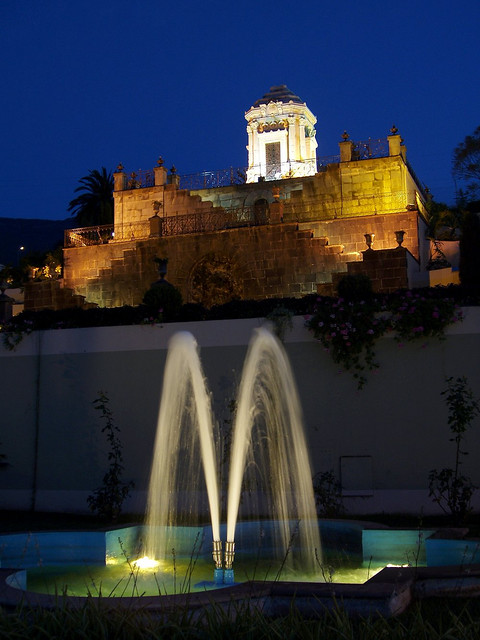 Tenerife’s classiest town loses none of its gloss when darkness falls, if anything it is even more magical. 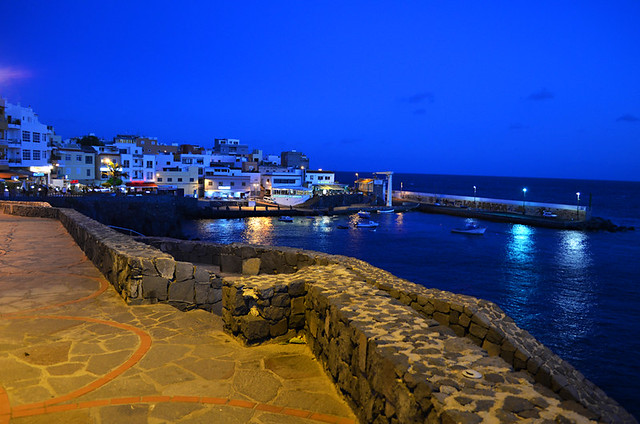 For me the little fishing village in the south of Tenerife is at its prettiest just after the sun drops below the horizon thanks to a beautiful partnership of golden lighting and the deep blue of the ocean. 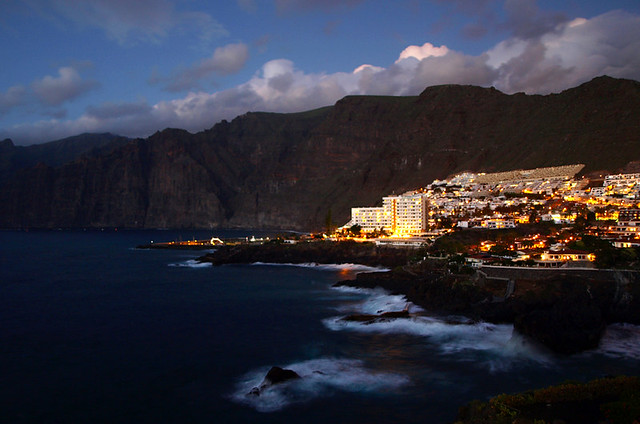 Impressive by day, the Los Gigantes cliffs take on a mean and moody look as darkness falls. 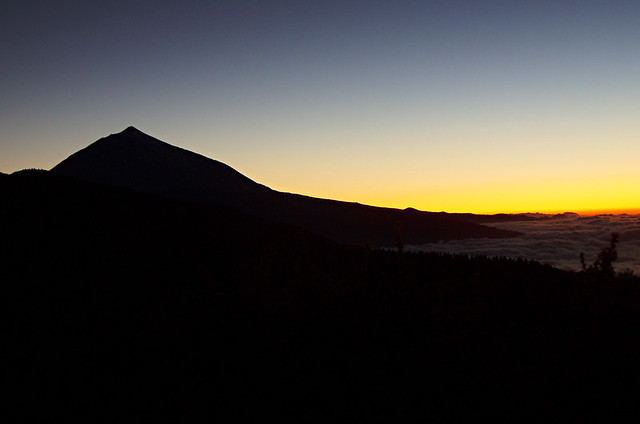 El Teide has a wow factor whatever the time of day… or night. 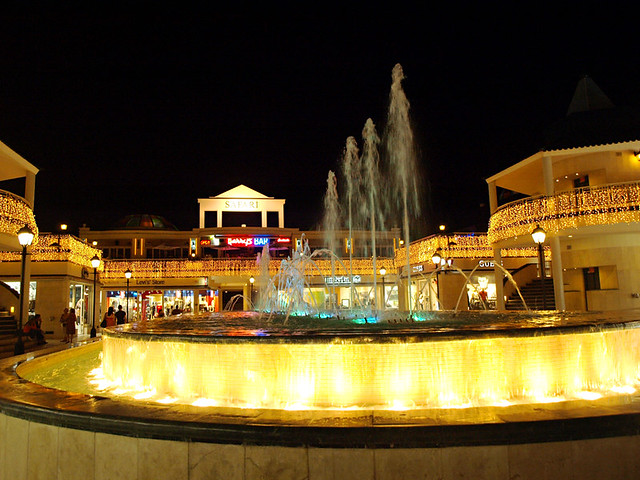 Unlike Tenerife’s traditional towns where lighting is low key, glitzy Las Américas brings a touch of Las Vegas to Tenerife after dark. 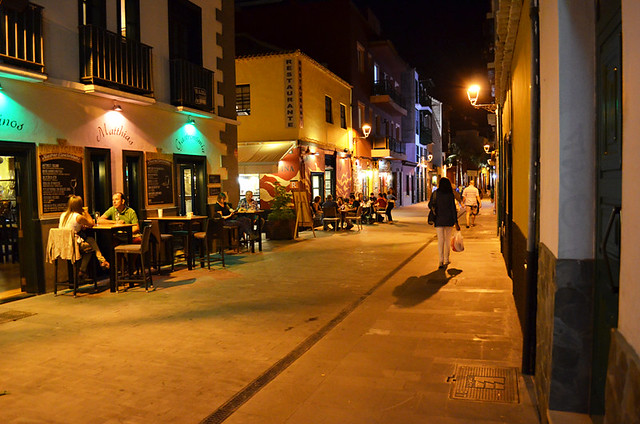 The streets of the Ranilla district; a difficult place to stroll after dark without being tempted to pop into one of the restaurants for some tapas. 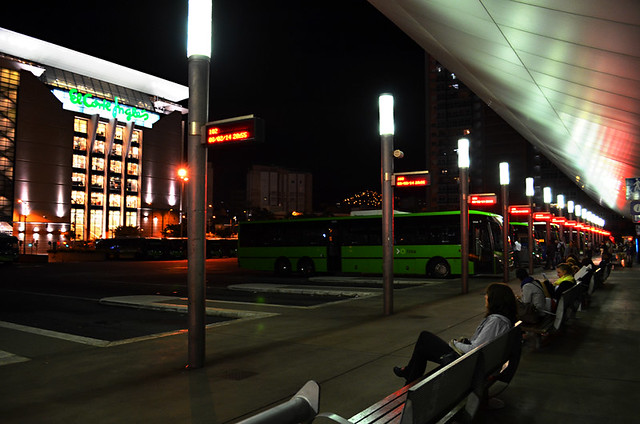 The bus station might seem like an odd choice for an after dark shot. But whether we travel by car or public transport, every nocturnal trip into Santa Cruz goes through this place. I like the life of the place – except when  travelling back from Tenerife Sur airport at some ungodly hour of the morning.

Since tourism began here in 1866, Puerto de la Cruz, on the North West coast of Tenerife, has offered unrivalled displays of sub-tropical flora and foliage… […]