I’ve got fashion chain Stradivarius to thank for Baby It’s Cold Outside now ringing jauntily around my head.

On the facebook page for a shopping centre in the south of Tenerife they’ve just printed a photo of a model wearing a long suede coat with the caption ‘it’s getting colder outside’.

It’s getting colder outside – in a week where we’ve hardly been able to sleep because it’s been so hot, where the thermometer outside the pharmacia in La Paz above Puerto de la Cruz flashed 34C the other afternoon. 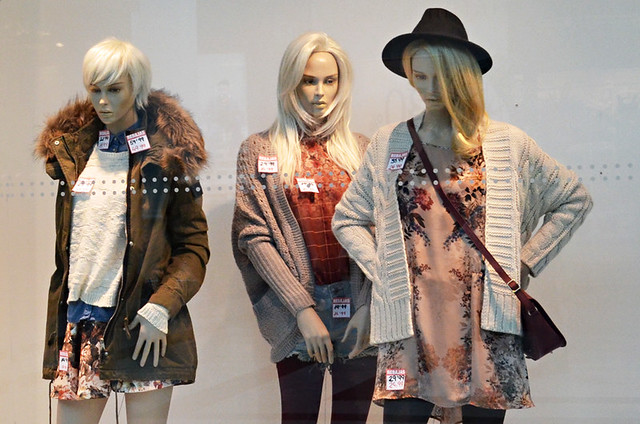 But yes, it is getting colder outside. I sit here in shorts and a tee-shirt without a sheen of sweat on my brow. It’s the first week in October and temperatures are maybe, just maybe beginning to ease off.

When it comes to temperatures on Tenerife it’s getting colder outside, you may have gathered by now, is a somewhat relative term.

I have to point out that the model wasn’t actually wearing anything under her suede coat. If you’re mad enough to wear one at this time of year, going commando is your only chance of survival.

But it got me thinking about a few misconceptions that things like this can fuel amongst anyone who doesn’t know the island. 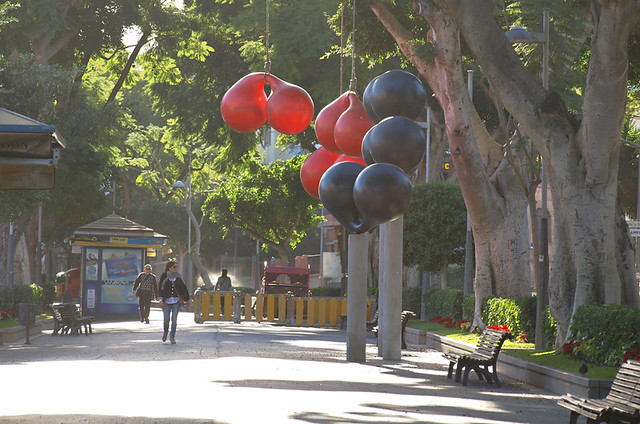 Winter woollies on Tenerife
Stradivarius’ suede jacket is a perfect example of how things can be misconstrued even based on visual evidence. Someone’s wearing a coat therefore it must be cold. Not necessarily on an island where you can sunbathe all year round.
Sure, Canarios slip into coats, boots, thick tights and woolly jumpers because the temperatures drop in winter, but they do it as much because it’s a welcome change of fashion. They’ll be in their winter garb even though Northern Europeans are dressed for the beach.
I’ve seen comments that it must be cold in the north because people are in winter woollies. Nope, it’s because as most Canarios live in northern parts, the ubiquitous winter gear is more prevalent. Once it gets to a certain point of the year, and anywhere there are Canarios (north or south), you’ll find people in chic winter gear whatever the weather is doing.
Ironically, I struggled to buy a tee-shirt at my local shopping centre before we visited Britain recently, the shops being full of autumnal fashions. By contrast, in Glasgow I was spoilt for choice. 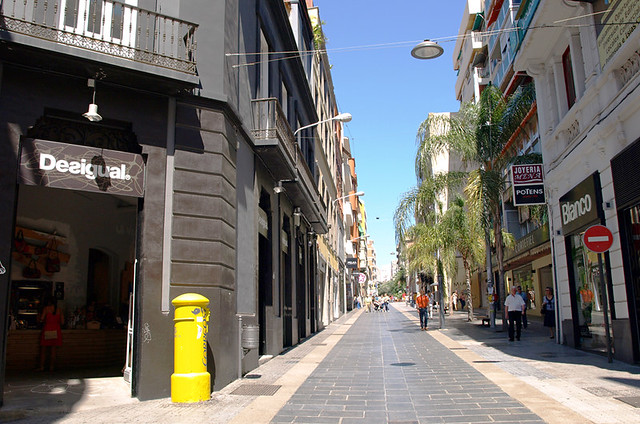 Ghost towns on Tenerife
A comment I read online highlighted another situation where what you see doesn’t always paint a complete picture. It was about the scenes in a traditional Tenerife town as seen through a webcam. The place was dead and there was a comment along the lines of ‘it doesn’t look a very lively place, it must be affected by the crisis’.

The time was somewhere around 3pm.

What the ‘viewer’ didn’t know was in traditional areas the time between 1.30 and 4.30pm can be a bit of a dead zone – it’s siesta time. Not that people are necessarily enjoying a snooze, but they’re not on the streets. When we want a quick trip to the supermarket that’s the period when we go; the aisles are mostly empty apart from a handful of other mainly non-Canarios.

The ‘dead town’ comments from people who don’t know about siesta-time are something that pop up on a semi-regular basis. It’s less noticeable in southern resorts and day-trippers can be surprised to even find the capital, Santa Cruz, disconcertingly quiet if they visit at the ‘wrong’ time. 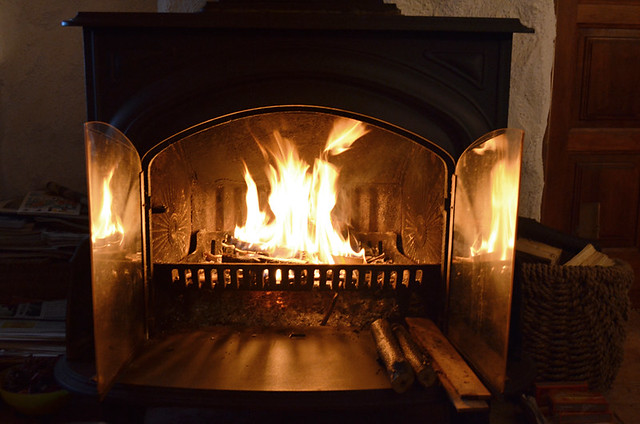 Chilly nights on Tenerife… and other Canary Islands
Here’s a statement that might surprise some people. In winter months after dark it’s cooler in our Tenerife house than it is in most people’s houses in Britain. That little gem does some people’s heads in. And some folk are sceptical when we tell them this – they expect us to be lounging about in swimwear all year long.

Here’s the thing. Because the temperature is so good all year on Tenerife, we don’t need central heating. However, when it gets cold in Britain and people turn on the heating, the temperature in Canarian houses stays related to the temperature outside. In February and March that means it can be 17C inside; central heating makes British homes considerably cosier. People who stay in some rural hotels can be caught out by this. We often see feedback that some rural hotels can be cool at night in the coldest winter months.
At these times locals just put on another layer to combat cooler temps (we have a wood burning stove which is much more romantic than the Michelin man look) whereas visitors might be used to sitting around in considerably less in their own homes when it’s much, much colder than on Tenerife.

The upshot of adjusting to not having central heating is that we can’t handle it any more. It feels unnatural and uncomfortable. In the bigger shops in Glasgow and York in early October it felt like trying to hold our breath underwater, after a few minutes we’d rush for the door to gulp up the fresh air.

Tenerife is a funny old place. I sometimes wonder how many other locations there are where perceptions and reality can be miles apart in so many ways. These are only a brief selection of examples. There are plenty more.

But for now I’m off to eat a sun-kissed lunch basking in temperatures of mid 20s Celsius whilst happily, and ironically, humming Baby It’s Cold Outside.