As it’s Easter week (Semana Santa), mostly a sombre religious affair, I felt it was an appropriate time to take a look at some of our favourite churches on Tenerife. 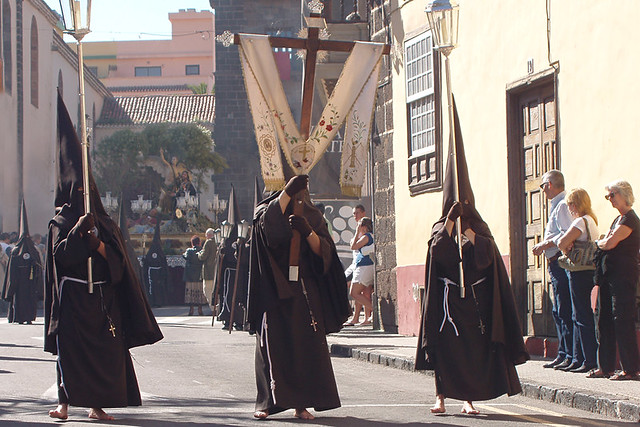 I’m not a religious person, but I like history, architecture and local traditions, which means whenever I visit a new place I pop into churches, synagogues, mosques, temples… whatever. I tend to gloss over at mentions on crosses made from Mexican silver, detailed descriptions of naves, lengthy explanations of triptychs, the name of the carpenter who built the third pew on the left and so on.

Maybe I’m a bit of a Philistine, but that level of detail leaves me cold. It’s niche stuff. However, I do get excited by recently discovered secret tombs, spotting a skull and crossbones carved into a floor, and hearing tales of a mummified nun and a flamboyant pirate – all of which we’ve encountered in churches on Tenerife.

I like churches that stand out from the ecclesiastical crowd. With that in mind, this is a selection of our favourite churches across Tenerife. 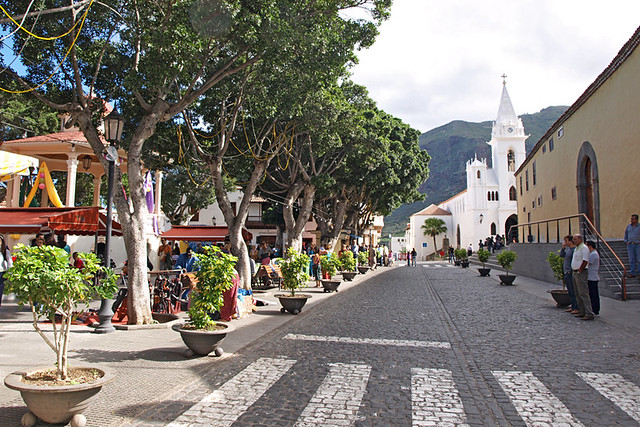 Iglesia Nuestra Señora de la Luz, Los Silos
Built in the 16th century and given a makeover at the start of the 20th century, the snow white Iglesia Nuestra Señora de la Luz in Los Silos is one of a kind on Tenerife, being quite different in appearance from all the other churches on the island. A fairy tale-esque church, it looks like it could be an icing covered creation from specialist cake and chocolate makers El Aderno in neighbouring town, Buenavista del Norte. 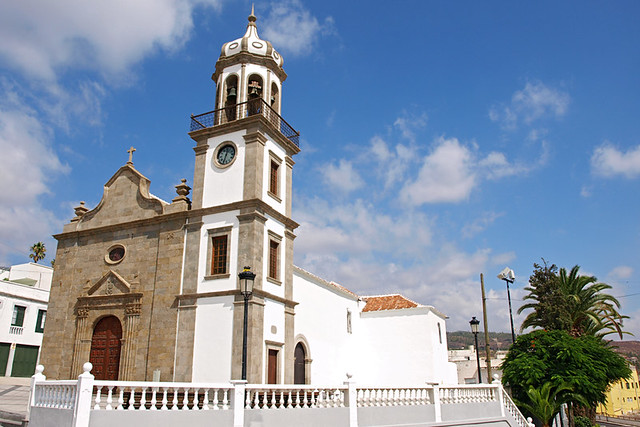 Iglesia de San Antonio de Padua, Granadilla de Abona
Churches on Tenerife were prone to ending up burnt to a frazzle back in the colonial day; no surprise given the combination of wood, dry scrolls and multitudinous candles. The current Iglesia de San Antonio de Padua in Granadilla de Abona’s old quarter was built between the 18th and 19th centuries on the ruins of one such victim. Maybe we like it so much because we think the onion-dome bell tower looks like an iced gem. 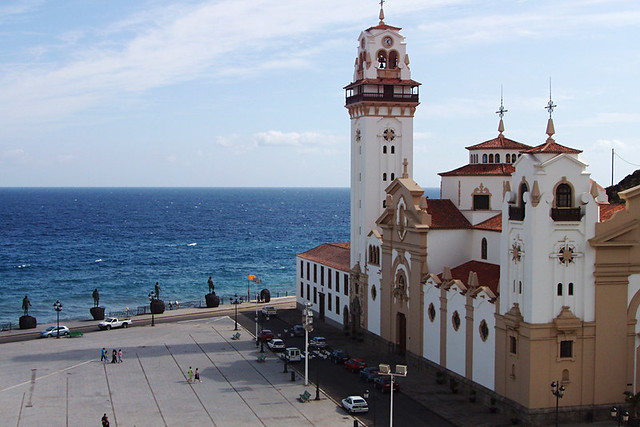 Basílica de Nuestra Señora de Candelaria, Candelaria
It surprised us when we first discovered one of the grandest churches on Tenerife, the Basílica in Candelaria, was only completed in 1959. Famous for being the home of the Black Madonna, the patron saint of the Canary Islands, and the place where tens of thousands of islanders make a pilgrimage to each August, the Basilica’s design is unusual in that it has a Canarian balcony around its central bell tower. An added attraction are the nine Guanche Menceys (kings) who stand proudly on one side of Plaza de la Patrona where the Basílica is located. 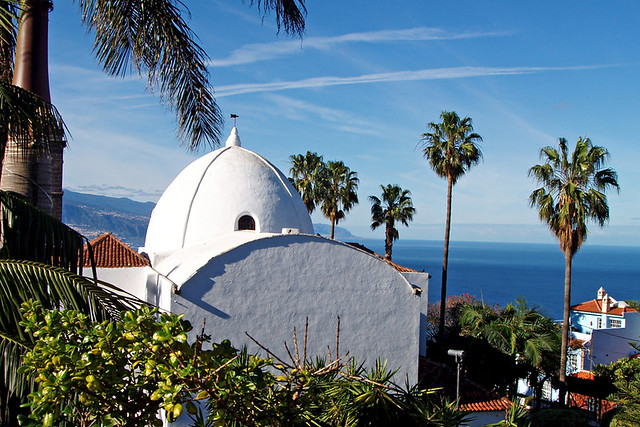 Iglesia de San Pedro Apóstol, El Sauzal
Another unusual Tenerife chuch, the Iglesia de San Pedro Apóstol in El Sauzal has a white dome as well as a traditional bell tower, and boasts some of the best views of Mount Teide you’ll find on the island. One of the earliest churches on Tenerife, built in 1515, it oozes history and is all the more interesting for it. When the plague ravaged the capital La Laguna in 1572, the government shifted headquarters to the relative safety of this church, making it Tenerife’s political hub for a while. 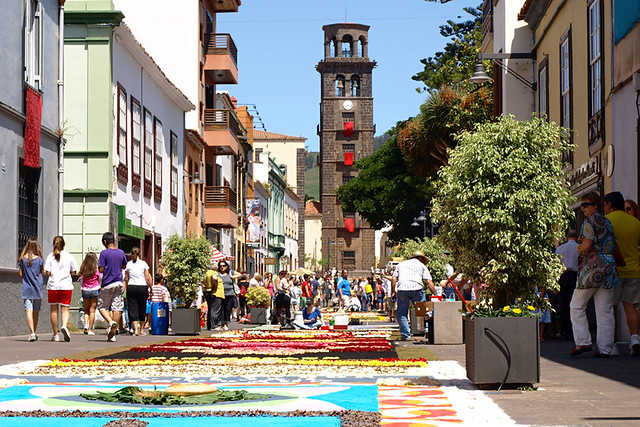 Iglesia de Nuestra Señora de la Concepción, La Laguna
Dating from 1496, the Iglesia de Nuestra Señora de la Concepción La Laguna was the first parish church on Tenerife, maybe not on this exact site though. For some reason the workmanship has been historically dodgy and it has been rebuilt on numerous occasions over the centuries, the last being in 1972 when a roof collapsed. The tower is a La Laguna landmark and its worth wheezing your way up the narrow stairs to get a view over the old city from the belfry. One religious artefact inside the church which is particularly interesting is a baptismal font which is said to have been used to baptise Guanches immediately following the conquest. 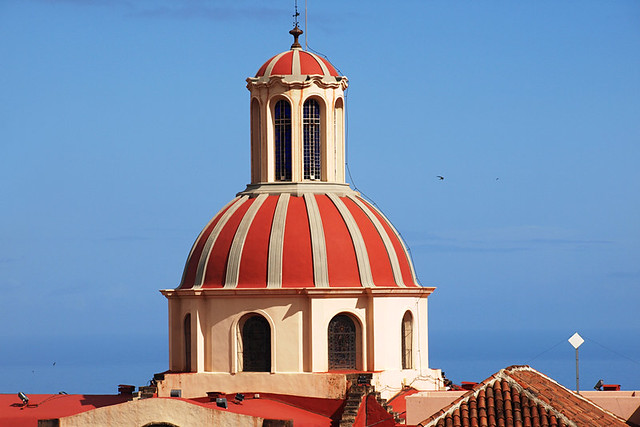 Iglesia de Nuestra Señora de la Concepción, La Orotava
Simply one of the most beautiful churches on Tenerife, its domes and bell towers would fit in perfectly among Florentine rooftops. The church was partly destroyed during a series of earthquakes immediately prior to the eruption of the Güímar Volcano in 1704. By 1758 it was a virtual ruin. But noble La Orotava’s links to the Spanish Crown, as well as the town having established a lucrative trade with the New World, meant there was money to rebuild. By 1788 the church was restored to its current glorious form. It makes for a special backdrop to the Corpus Christi sand tapestry in front of the Town Hall. 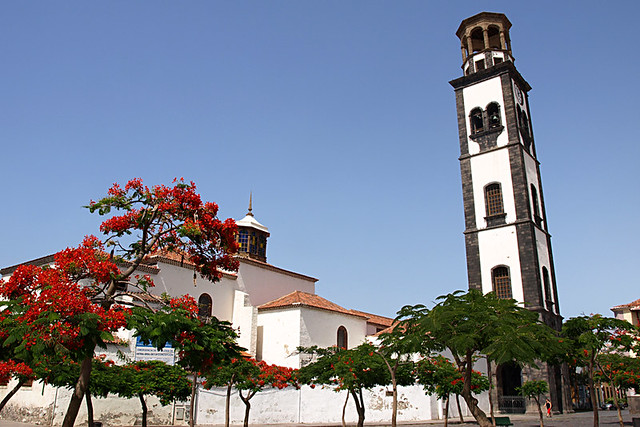 Iglesia de Nuestra Señora de la Concepción, Santa Cruz
The final of our trio of Tenerife Concepción churches, the one in Santa Cruz dating from 1500, is one of the oldest Catholic churches in the Canaries and home to the cross which gave the city its name. It’s located in one of the most picturesque spots in Santa Cruz; old cottages, bars and restaurants on one side, the Museum of Man and Nature on another, and the lovely little Plaza de la Iglesia on yet another. The plaza is especially eye-catching when its flamboyant trees are in bloom. 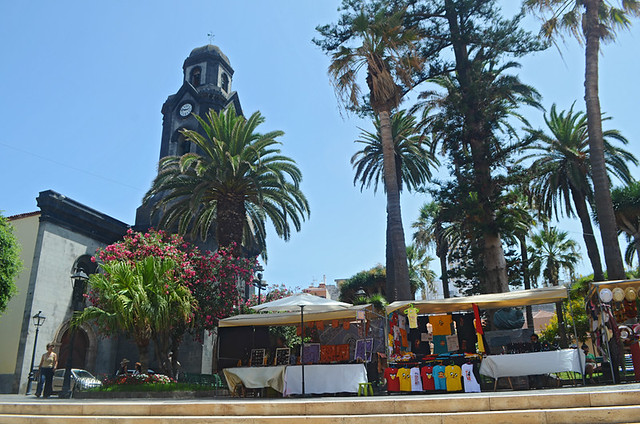 Iglesia de Nuestra Señora de la Peña de Francia, Puerto de la Cruz
Dating from 1697, the Iglesia de Nuestra Señora de la Peña de Francia makes the grade for a couple of reasons. It’s located on one of the prettiest plazas on Tenerife. It’s also a good place to get a true flavour of the life of the town. The church is home to the Municipal Band who regularly play in the plaza outside. One of our early and emotional memories of Puerto de la Cruz was listening to them play Christmas carols outside the church. Plus it’s a great place to nosy at the glam outfits worn by locals attending marriage ceremonies there. 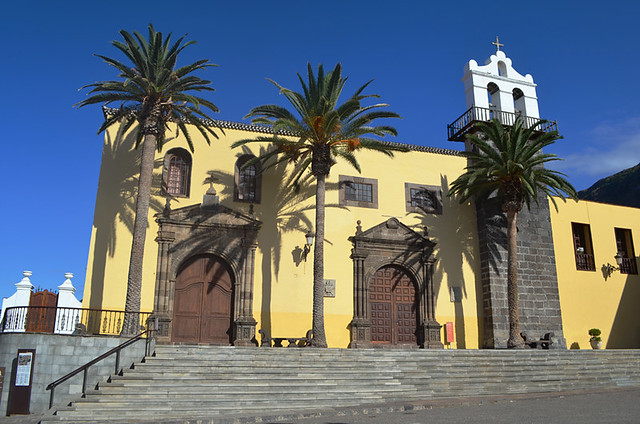 Antiguo Convento de San Francisco, Garachico
More of a religious complex than just a former convent, the Antiguo Convento de San Francisco, built in 1524 in Garachico, is part of a series of buildings which houses a library and exhibition halls. It’s an interesting place to stroll, but it’s the Convento’s facade which holds my gaze every time we visit. With its ochre plasterwork, elegant portals and a line of palm trees fronting it, the building is the epitome of a colonial place of worship which is not only close to Africa but which also lay at the crossroads between the Old and New Worlds. 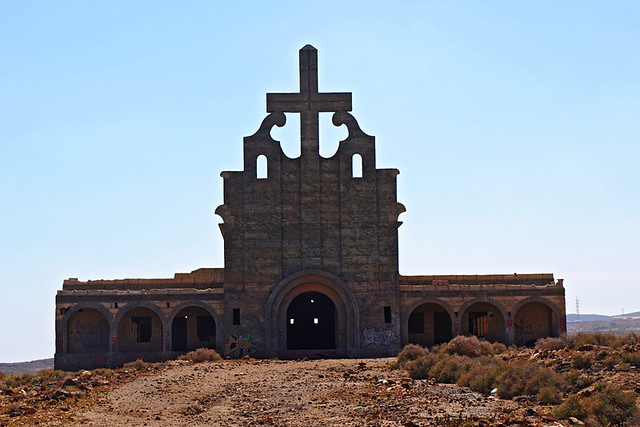 Iglesia de Abades
Finally, the church that never was. Like the deserted village surrounding it, the church was initially constructed for people suffering from leprosy. The lepers never came (read the abandoned leper village if you want to know why) but it’s said some worshippers did and still do, but not those you’d normally find in a church. There are stories linking Abades with occultism… more than stories, as you’ll soon spot if you explore the deserted, and slightly unnerving buildings.

This is only skimming the surface of interesting religious buildings dotted across Tenerife – there are ermitas in remote scenic spots, modern churches with bold architectural designs, cloistered convents, and former monasteries. Many have the sort of colourful historic pasts and unusual tales attached that you might expect from an island which was once at the frontier of the unexplored world to the west.