When friends told us they were visiting Tenerife and looking forward to trying some authentic local dishes, we thought ‘great, an excuse to try out somewhere new.’

Then they told us where they were staying – Golf del Sur.

Golf del Sur isn’t really one of the island’s gastronomic centres when it comes to authentic local food.

Still, the resort is well placed for either wandering into Los Abrigos where there are some excellent restaurants, or heading further afield to one of my favourite coastal towns in the south of Tenerife, Las Galletas. 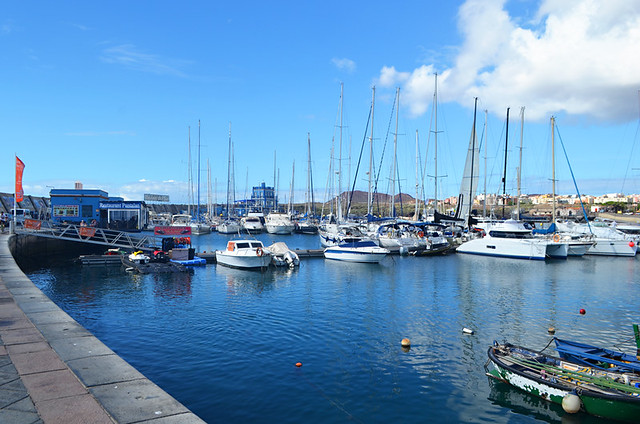 Las Galletas isn’t the prettiest of coastal towns, but it has an attractive harbour area and a Canarian working town bustle about it that gives it an authentic charm you don’t always find in resort towns. Plus, I’ve always wanted to eat in one of the restaurants on stilts over the harbour.

Although the lights had been ‘turned off’ inland thanks to a dense roof of  blue/black clouds, the sun shone brightly on Las Galletas, making the intense red and blue fishing boats in the harbour stand out even more than usual.

We opted for Restaurant Panatalan because A) it was on stilts over the harbour and B) although the menu included plenty of local dishes, with fish and seafood dominating, there were a couple of items that sounded a bit different from the norm. We are always drawn to places that mix things up a little. 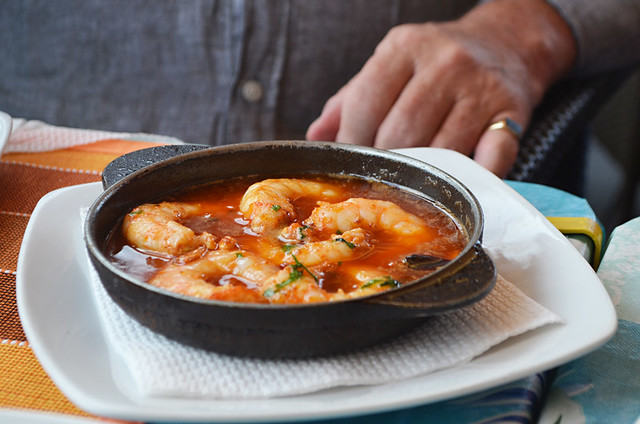 The Food at Pantalan
Although it was peak lunchtime, we bagged a waterside table overlooking the harbour easily and basically picked what appealed to each of us most, with a couple of add-ons for good measure. The final line up included croquettes, gueldes (Tenerife’s version of whitebait), prawns in garlic, tempura prawns, calamari and Thai mussels.

Service was laid back and friendly, – a suitably appropriate beach-side ambience, even though the beach was on the other side of the harbour – and it wasn’t long before our selection of tapas dishes was paraded before us. 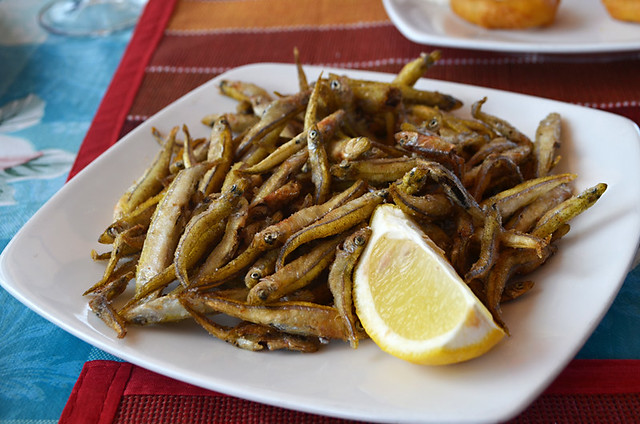 The croquettes were good, but no different from most croquettes you find around the island; the gueldes nicely crisp with a dusting of rock salt; prawns in garlic were sizzling hot, chunky and garlicky as they should be and the calamari batter was freshly-fried crunchy with the squid being beautifully tender. It was really good calamari.

Stand-out dishes though were the prawn tempura (I’m a huge ‘tempura of anything’ fan) and especially the mussels which embraced the green Thai sauce to create sublime Far Eastern flavours. They’re something we’ll be trying to replicate at home. 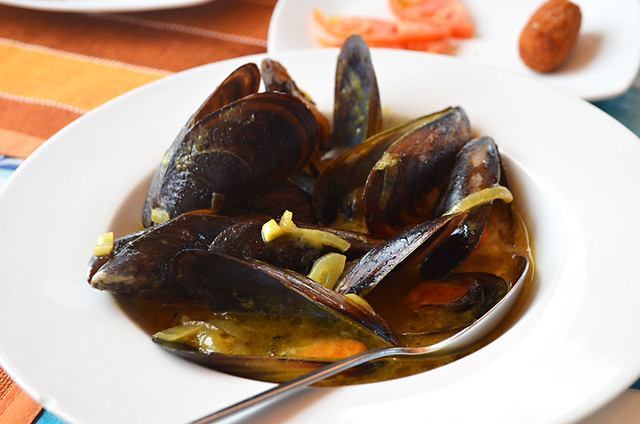 It was the perfect choice of lunch venue to say ‘bienvenido a Tenerife’ to visiting friends – warm sunshine, views across the small fishing boats, good local food. Hell, forget visiting friends, Pantalan is just a great place to while away an afternoon picking at top tapas dishes.

Next time we’ll be trying their luxury seafood tower.