First of all a confession, this is really just an excuse to post a load of photographs of Tenerife.

We’re constantly working on various writing projects, some often involve trawling through the library of Tenerife photographs I’ve compiled over the years. Every time I do this I’m reminded just how much variety there is on Tenerife. Having helped write walking/Slow Travel guides for all the Canary Islands we know their landscapes pretty well. Whilst we have favourite islands for specifically different things – La Gomera and Gran Canaria are best for stepping from the door of rural hotels and onto walking trails, whereas La Palma remains the purest Canary Island as far as we’re concerned – Tenerife offers the most diversity. 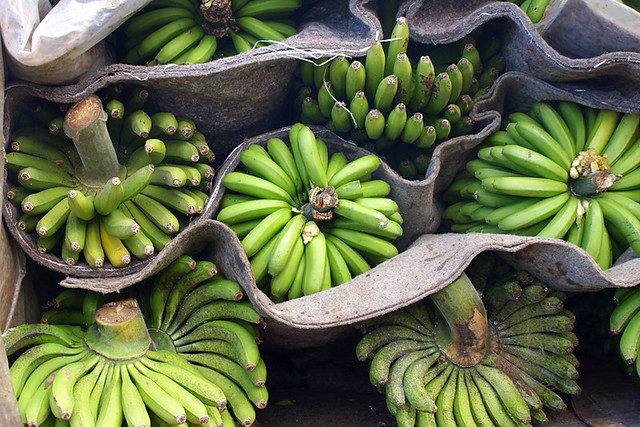 I might be preaching to the converted, but there are still many, many people who remain ignorant of Tenerife’s multi-personalities.

One of my favourite emails is from a woman who’d stumbled across our website. She wrote she was amazed at photographs of the island, especially as a work colleague who’d been visiting for years had never mentioned how beautiful it was. Why this was became crystal clear when she remarked to the Tenerife veteran “you’ve never mentioned there’s a dramatic volcano in the centre of Tenerife,” to which came this classic response.

Here’s a statistic with which to slap down anyone who sneers Tenerife is an over-developed island – 48% of it consists of protected natural wilderness. It’s one of the things we love about walking on the island, there are still huge swathes where you’re unlikely to meet many, if any, other people. Lots of steep, narrow ravines cut into the land are free of roads, meaning you only get to see some areas by putting in a lot of effort. If anyone thinks an ‘untamed wilderness’ label used for Tenerife is fanciful, here’s a cautionary tale from a few years ago. A La Laguna family trying to reach the coast in Anaga ended up being lost in the wilderness for a few days.

A couple of years ago whilst researching a travel article for an airline mag, the magazine’s UK photographer wanted a photo of a farmyard scene. We explained the reality might not be what he was expecting as farms in the Canaries don’t look anything like their UK counterparts, and are certainly not photogenic. However, some farmed lands on Tenerife are quite beautiful, especially the narrow terraces carved in hillsides in mountainous areas. Many have been abandoned, leaving only stepped scars on the land, but in some places you can still see farmers tending the land in back-breaking fashion.

Deep in the forest

I’ve seen people comment about a lack of greenery on Tenerife quite a few times. In one case a British resident on another Canary Island scoffed at an image which showed dense forest outside a hotel’s window, saying there was nowhere on Tenerife which looked like that. And yet forests cover much of the upper reaches, both on the southern side and on northern slopes. From east to west, the forests flow from ancient laurel to Canary pines and back to laurel again. Ancient laurel gets all of the accolades in travel literature but, although atmospheric, I can find it a bit samey and messy, preferring the heady scents that comes with walking through the pines.

Just about everyone knowns about the surreal volcanic scenery of Teide National Park – it is the most visited National Park in Spain by a distance. Deservedly so, the huge volcanic crater with its El Teide centrepiece is quite unlike anywhere we’ve ever seen. Lanzarote is known for its volcanic terrain, but the landscape of the eastern Canary Island doesn’t hold a candle-shaped basaltic rock formation to Teide’s surreal foothills in my book.

I’m a fan of green scenes, generally preferring the verdant valleys to shaven desserts. The lowland landscape between Tenerife Sur Airport and the southern resorts is one of the most unappealing in the Canary Islands to me. And yet there are pockets along the south and south east coast where nature has sculpted something quite wonderful out of the porous earth.

Top of the hill

There are a couple of volcanic cones breaking up the flow of valleys carved long ago by monster landslides which have enough impact in their own right to attract the eye. But somewhere, back in the mists of time, humankind added cherries to the summits of these cones in the form of tiny ermitas – an enhancement I feel. One which stands out is near Fasnia; although, my favourite in the Canary Islands is on El Hierro.

Taste of the tropics

There are two things which add a sunny, subtropical flavour to Tenerife’s coastal areas – palm trees and bananas. The stretch between Puerto de la Cruz and San Juan de La Rambla is my favourite part of the coast because it’s an area which visually has more in common with the world on the other side of the Atlantic – palms, colonial mansions, grimy plantation workers toiling in a glistening sea of banana leaves – than with mainland Spain. It’s where Tenerife feels especially exotic.

Sitting with the gods

One of the most amazing experiences on Tenerife is to start in dense cloud on the coast then drive upwards and through swirling mist to emerge under the most intense blue sky. That alone is a WOW! But find a viewpoint immediately after you emerge into the deep blue and you can find yourself standing on the edge of the spectacular Mar de Nubes (sea of clouds). You can occasionally see this on other islands (Roque de los Muchachos on La Palma being a good spot), but as none get close to Tenerife’s lofty heights the impact isn’t quite the same.

Years ago a Tinerfeño friend remarked the Canary Islands couldn’t match mainland Spain when it came to picturesque, historic centres. We were still clinging to rose-tinted spectacles at the time and didn’t instantly agree. She was right of course, 500 years of history can’t compete with towns whose buildings and monuments stretch back to the days of great ancient civilisations. But the architectural appeal of Tenerife’s traditional towns lies in how the mix of influences – Portuguese, Flemish, Italian, Spanish, and even British – paint a picture of somewhere at the crossroads between Europe and an exciting New World. That makes them rather unique.

In the Auditorio de Tenerife, designed by Santiago Calatrava (who has stamped his distinctive mark in some of the world’s greatest cities), the island boasts one of the stand out examples of contemporary architecture you’ll see anywhere. No need to add anything else.

And then there’s the gasp-inducing vision which greets people as they begin their descent into Tenerife – the jewel of the archipelago standing bold in the Atlantic. ‘Gasp-inducing’ might sound a tad melodramatic – I often think ‘yeah, yeah’ when I read a line like that – but if the first sight of Teide from on high doesn’t provoke an involuntary “wow” then I’m not sure what would impress.

Come to think of it, how could the woman I mentioned at the start not spot Spain’s highest mountain over the course of numerous visits? Maybe she only ever arrived and departed during the hours of darkness.