I’m not sure why we hadn’t eaten at Bambi Gourmet in Puerto de la Cruz before. I guess it’s because we felt when we looked at the menu there was something 1980s fine dining about it. As my mum was visiting and the menu featured items we thought would appeal to her, we decided to give it a try. 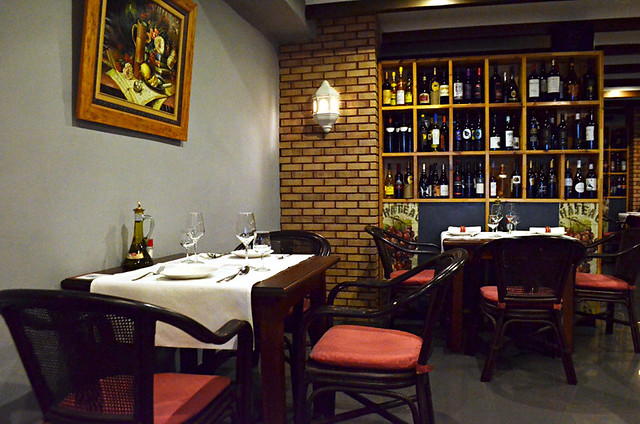 At 8.30pm only one other table was occupied. I wasn’t surprised. To me it seemed the sort of restaurant which would suit northern Europeans more than the local population and we were outside northern European season in Tenerife.

The waiter/owner immediately made us feel relaxed and welcome with his easy and professional way, talking us through a menu which, the more I looked at it the more I realised it had lots of goodies which really appealed; dishes that were actually refreshingly different from other restaurants. The juices started to flow. 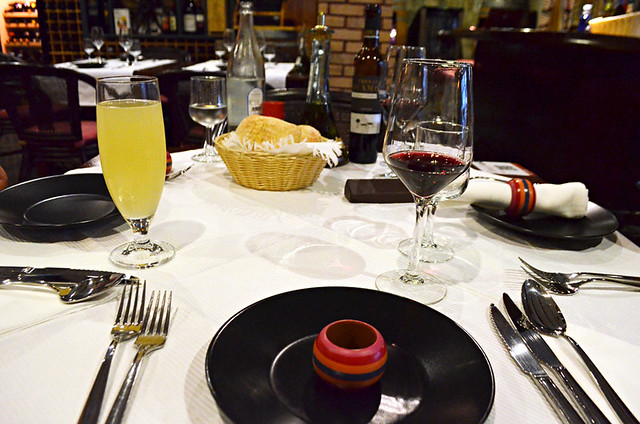 The Food at Bambi Gourmet
The menu at Bambi is what you might call fine dining but fine dining Romanian style. There’s an interesting mix of dishes featuring the freshest ingredients from the huge farmers’ market at Tacoronte. The emphasis is on meat, although there are also quite a few fish options on the menu; I was sorely tempted by tuna goulash.

As the main courses sounded hearty we decided to share a starter (I’d heard they were a decent size) so we could leave space for dessert (although more of a starter than pud person, I was outvoted on that one).

It wasn’t easy to choose from a varied starter menu which included dishes such as marinated salmon and avocado tartare with trout caviare, and mushrooms filled with veg caviare and hard cheese pâté. Eventually we settled on smoked salmon with zacusca (a tangy Romanian spread) on hummus. 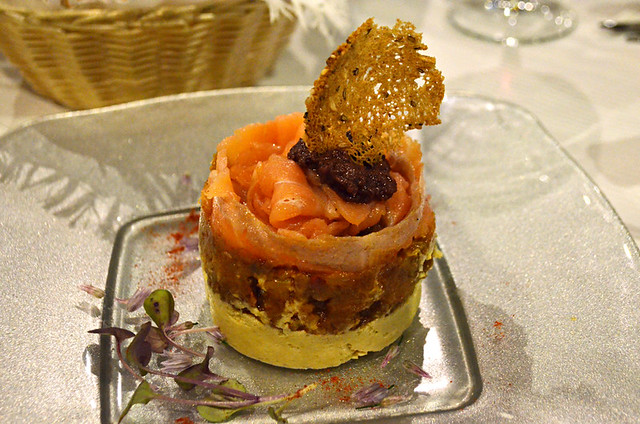 It was nicely presented and enjoyable enough, but the flavours didn’t get on quite as well as maybe they could have done (I like hummus with a stronger personality). However, it was certainly different and interesting.

By the time we were halfway through our main courses, we’d become confirmed Bambi fans. My mum chose pork tenderloin with seasonal veg and potatoes in a creamy sauce. It was so generous she farmed out a few pieces of tender pork to us. Andy had the more conservative-sized but equally tender beef medallions with aromatic spices which looked like succulent mini burgers. I had to pick Transylvanian veal goulash with mash potato simply because it had Transylvanian in its name. All looked and tasted great, consisting of quality meat and vegetables. It was all good stuff and we wolfed the lot down with a local red, Presa Ocampo, which was strong enough to hold its own against the meaty mains. 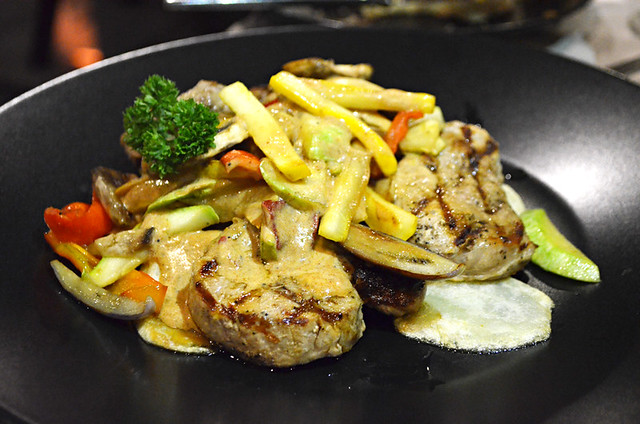 Whilst we scoffed our food a couple of interesting things happened. First the restaurant filled up to the point every table was taken… by nearly all Spanish speaking diners. It was a surprise. However, when I thought about it, it made sense. Meat and potato dishes are as popular with local palates are they are with northern European ones.

The second interesting diversion was we noticed each table had a QR code on a corner. QR stands for quick response which, if you’re internet savvy, you’ll probably know. If you don’t then the next bit is going to bore you. 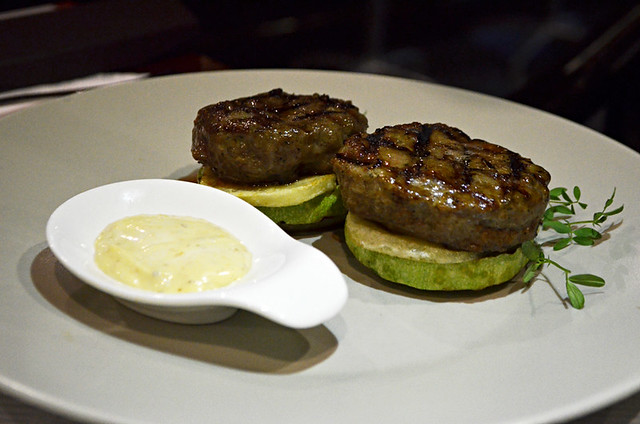 At Bambi you don’t need to wait for the waiter, you can order your food and ask for the bill using a smartphone. In a Lisbon restaurant we’d ordered a pizza using a tablet before but this was on another level. The waiter had a special phone on his wrist on which he received messages from both kitchen and diners. Although he was the only one seeing to the needs of a near full restaurant, Bambi was an oasis of calm efficiency.

We tested it out by ordering dessert using the phone. Andy hit a few buttons and we waited, unsure if she’d actually ordered successfully and slightly apprehensive that every dessert on the menu might be brought to the table. Within a few minutes a scrumptious apple strudel arrived as if by magic. It was impressive. 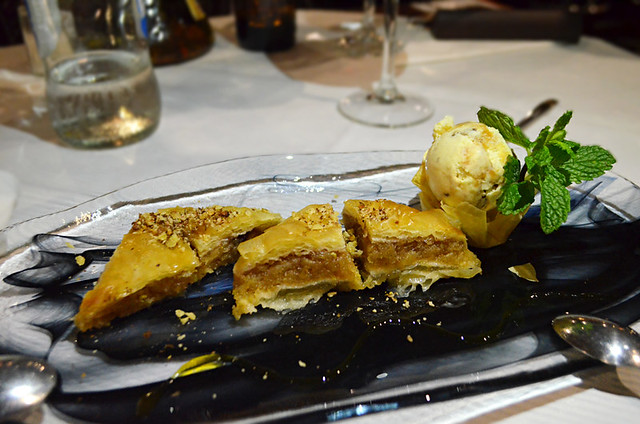 But not quite as impressive as the strudel itself which was possibly the best we’ve tasted. Having travelled in Austria, Germany and Croatia, where apple strudel is almost obligatory, we’ve eaten a lot of it in recent years and this was a stand out example.

It was a triumphant end to the meal, marred only by the fact I somehow managed to spectacularly shower the pristine white tablecloth with the last dregs from my glass of red wine.

Would we we go back to Bambi Gourmet? Definitely. Whether they would have us is another question.