As a child, I vividly remember one of our annual family holidays in Cornwall when we got hold of a small book of driving routes. Dad drove, Mum read directions from the book and my three brothers and I sat in the back seat, shouting out every time we spotted one of the clues or landmarks referred to in the text. That little book gave us hours and days of fun and took us down sun dappled country lanes, to deserted coves and hamlets that we would never have found on our own. 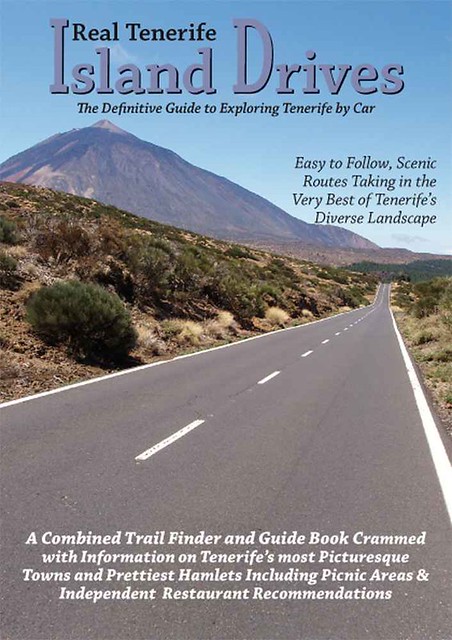 When Jack and I first moved to Tenerife and discovered the beauty that lay off the beaten track that no-one was writing about or photographing, our first instinct was to share the secret and my thoughts turned to the memory of that childhood holiday.

Over the next two years, we travelled Tenerife exhaustively, researching and photographing every town, village and hamlet and driving every metre of its road network. Sometimes our routes took us on roads so steep we had to give up (needless to say, those roads never made it into the book) and sometimes we had to drive over rubble tracks where roads were not yet constructed but at the end of it all, we had six scenic routes that took people into what we had come to think of as ‘the real Tenerife’.

Investing in a desk top publishing package, we taught ourselves how to design pages for print. We only had one computer between us and a dial-up internet connection that ran at around 26kb per second and that we could only afford to use after 8pm when rates were at their lowest. Through trial and error, sweat and ‘creative differences’ we toiled until we had finally produced Real Tenerife Island Drives. 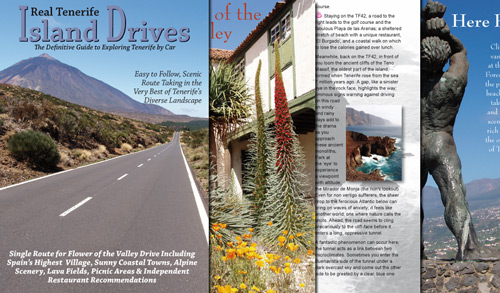 Engaging a printer, we then had just three weeks in which to learn how to create a website  in order to sell the book online. By the skin of our teeth, we designed and launched our website the day before we took delivery of our books. Hitting the ‘publish’ button on our new website was the most thrilling achievement of my working life and I will never forget that feeling of elation. The next most exciting moment came when we made our first sale. It was a friend of ours so you would be perfectly justified in saying that it wasn’t real but it was real enough to us and we walked on air for days.

Because we chose driving routes used almost exclusively by residents, and avoided most of the island’s arterial roads, over the years we have been selling Real Tenerife Island Drives, very little has changed. Some of our restaurant recommendations no longer exist; the occasional petrol station has changed its name and the occasional sculpture has disappeared but other than that, the book still holds up incredibly well. Unfortunately, postage charges from Tenerife are now so high that we no longer make a profit on the book. If we were to increase our charges to cover the real cost, the p&p would be the same as the cost of the book and clearly, that’s not feasible. 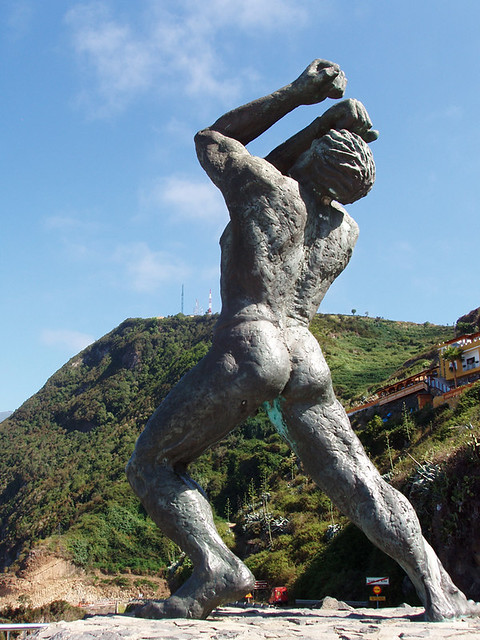 So, thousands of sales to 26 countries worldwide later, we will be withdrawing our beloved little book from sale at the end of 2014.

Island Drives will still be available to buy as regularly updated PDFs for you to print off at home and is available on Kindle, and we hope to re-launch in paperback format direct from Amazon next year. But for the little book that launched us into our new lives, it’s almost the end of the road. Sniff.