Relatively speaking, we eat at Hay Lo Que Hay in the La Paz district of Puerto de la Cruz quite a lot. There are three reasons for this. It’s quite close to where we live, we have a few vegetarian friends so Hay Lo Que Hay tends to be one of the places we dine when any of them visit and, most important of all, we really like the food.

Over our last two visits, out of eight people only one was vegetarian. 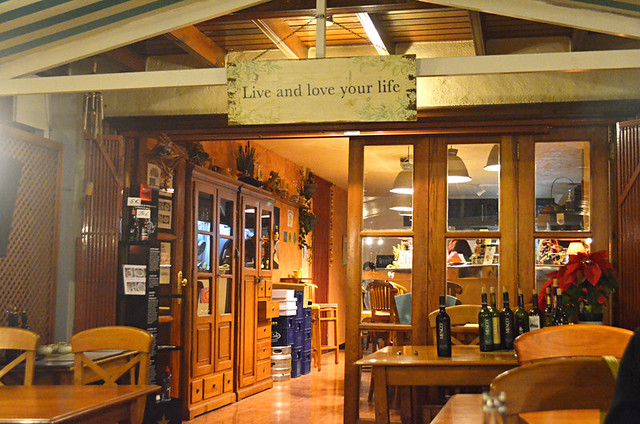 Hay Lo Que Hay is located opposite the Hotel Botanico, one of an eclectic row of restaurants which include Bodeguita Algarrobo, Meme, and popular Italian Da Arianna.

It’s small, cosy and welcoming thanks to the relaxing rustic décor and the sweet, sweet couple who own it.

Being a vegetarian restaurant in a Spanish town, it’s never particularly busy when we go. Plus we’re late diners and Hay Lo Que Hay’s opening hours are more suited to northern Europeans who eat quite a bit earlier than their Spanish counterparts. 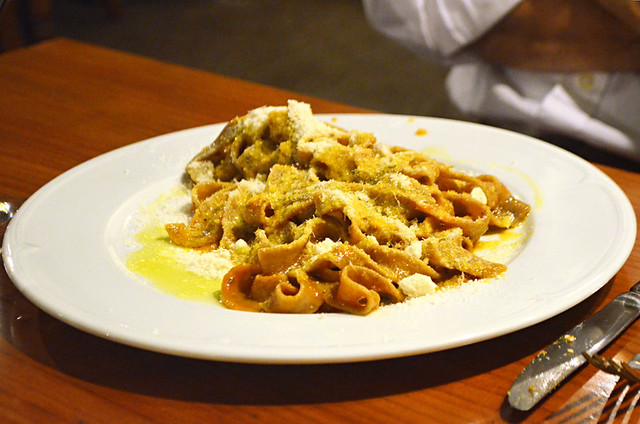 The menu isn’t big and over the last couple of years we’ve worked our way through most of the dishes on it.

The Food at  Hay Lo Que Hay
Last time we visited all four of us opted for the pasta specials. These are invariably lip-licking good – consisting of fresh pastas and tasty, rich sauces which manage to remain light despite their buttery goodness.

We usually opt for the eco wine from Tacoronte, a perfectly quaffable red, to accompany our meal, after quenching our thirst (we normally walk the couple of kilometres to the restaurant) with an artisan local beer such as Tierra de Perro. 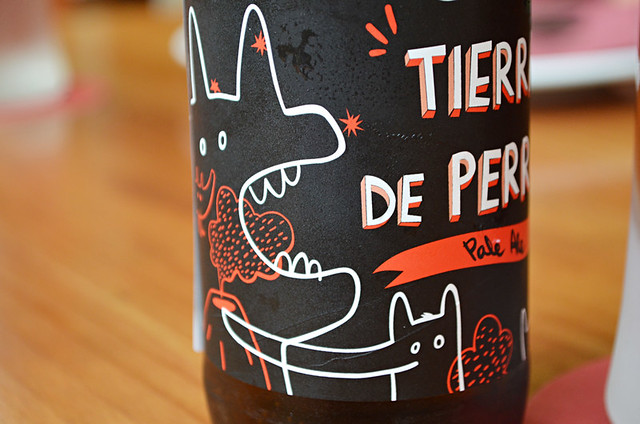 There’s usually a little amuse-bouche to get the juices flowing – mini montaditos with caramelised onions, tomatoes and sesame seeds or potatoes with guacamole.

After that we have creamy soups or share garlic breads and piadines (an Italian filled flatbread) before moving on to main courses which have included aromatic couscous; ravioli with buttery sage and parmesan; a cheesy pie (one of my favourites until I tried a couple of pasta dishes) and crunchy soya chicken and mock meat ribs (both good for people who want a meat flavoured hit). 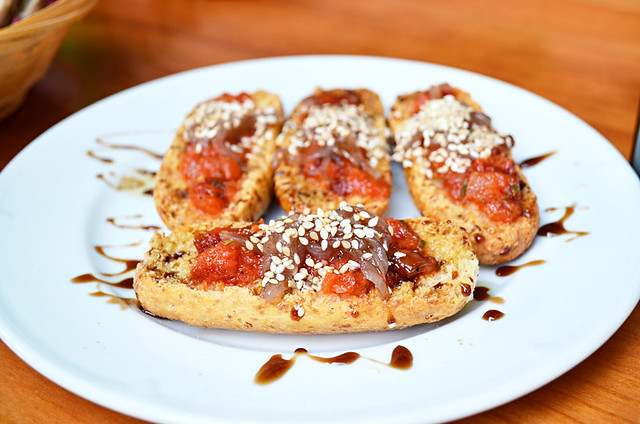 Whichever we choose one thing remains the same, they all have those wonderfully intense flavours that come with dishes which are freshly cooked.

To almost round thing off puds aren’t overly sugary sweet and include cheesecakes, tarts and local Canarian offerings such as bienmesabe.

The final touch is one which is common in restaurants in the Canary Islands, a chupito – a shot of something sweet and alcoholic. A clinking of shot glasses is always a sociable way to end a meal. 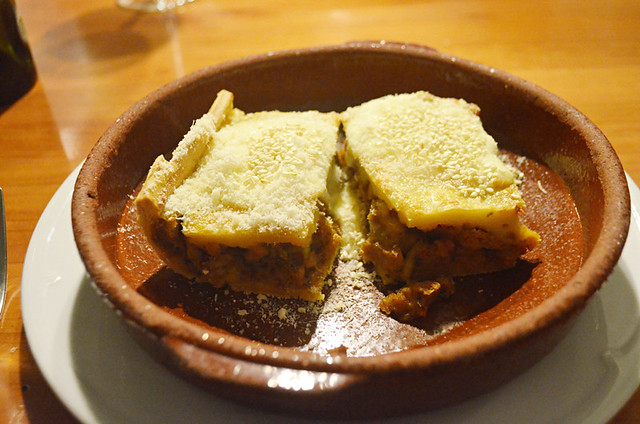 It’s not a posh place and the food isn’t fancy, but the whole dining experience is one of homely warmness. There’s a nice vibe even if you’re the only diners.