Wine often tastes at its best when sipping it surrounded by the landscape which gave it life. Basically, when visiting Tenerife forget ordering Spanish Riojas and Ribero del Dueros and go local instead – you won’t regret it.

There are over seventy official bodegas on Tenerife and any number of small producers. It’s wine growing country, as anyone who’s explored the old roads through northern hills might have spotted. As well as bodegas, there are rough ‘n’ ready ‘se vende vino’ signs all over the place. Once you dip your taste-buds into the local scene you quickly find out the choice out there is head-spinning, which is also what also happens if you try to notch up too much of the stuff at a tasting session. 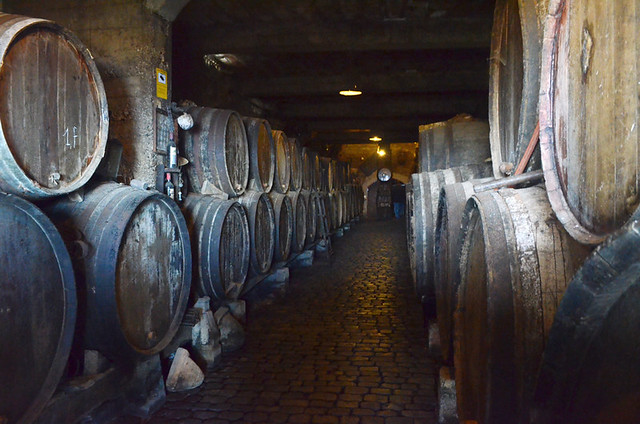 There are some vineyards on Tenerife you can just roll up at whenever you want. Bodegas Monje is one, but there aren’t many of these. Others you can arrange in advance to visit. But you have to know they exist in order to do that. Yet others remain off grid. We only found out about some of the smaller bodegas in the Orotava Valley because they had stalls at wine fairs in Puerto de la Cruz.

When we arrived on the island we initially did what lots of visitors do, stuck to the mainland Spanish wines we knew from Blighty. However, after a decade there wasn’t a mainland Spanish wine to be found on our wine rack. It was populated only by Canarian wines, mainly because we enjoyed them better and feel they have far more interesting flavours. 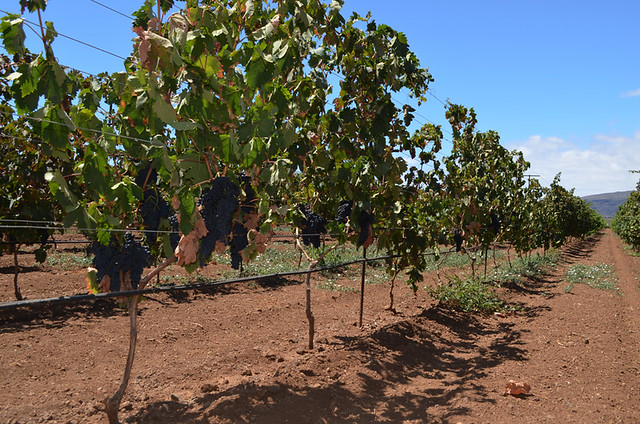 What these wines might be would chop and change. Obviously different harvests means quality varies with the year. Plus, wine menus in the new breed of contemporary Canarian restaurants, where wine is given nearly as much importance as the food, are good for being introduced to less well known local names.

Part of the fun with wine is discovering local varieties for yourself, but as a pointer to get going for anyone who isn’t aware of the island’s reputation for fine wines, here are some suggestions we found to be dependable. Incidentally, we’re red wine drinkers so not the best people for recommending any of the island’s whites. 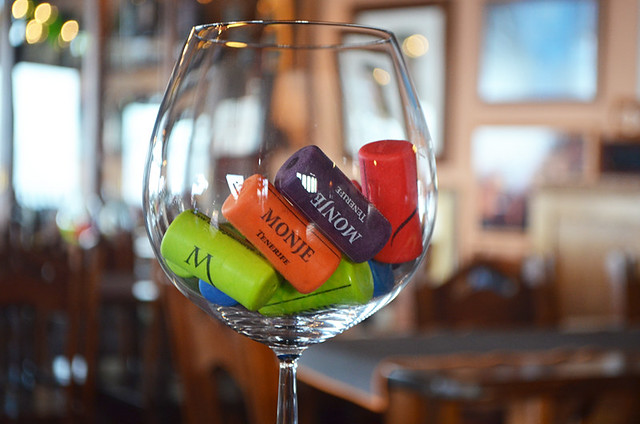 Bodegas Monje, El Sauzal
In a way it drives me mad that Bodegas Monje is always the Tenerife vineyard that gets mentioned in travel articles about Tenerife. Every travel writer who arranges their visit through the tourist board is taken there. But, to be fair, the bodega is worth a visit as it’s in a peach of a location; the owner has a friendly, gregarious personality; and the wine is good. A neat little touch is that their wines have different coloured synthetic corks, so you can build up the collection. Reds range from the lighter, easy to drink Tinto Tradicional (a young, fruity wine made from a blend of Listáns and Negramoll grapes) to fuller bodied affairs like Tintilla Monje. We tended to favour the Hollera (described as having hints of red berries, ash, and aniseed) and the Tinto Monje. One tip, personally I’d wait to buy from a supermarket as we found prices at the bodega itself to be considerably higher. 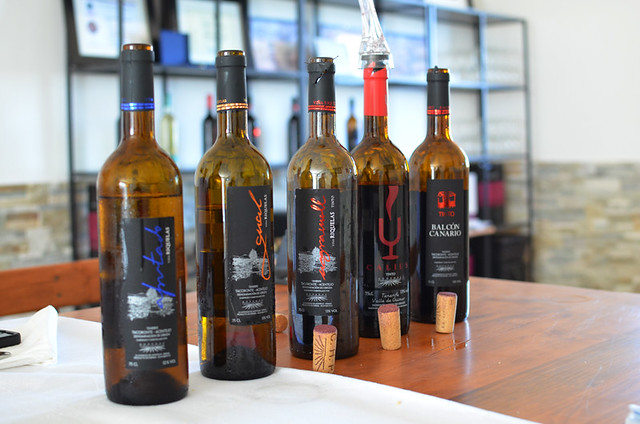 Bodegas CHP, La Matanza and Guimar
We love the ethos at Bodegas CHP – they’re passionate about what they do and are always looking at how to embrace change and try things that can sometimes be borderline bizarre. We also love their wines. It’s a toss up between the award winning Balcón Canario (an easy drinking mix of Listan Negro, Negramoll y tintillos), Viña Riquelas (also award-winning) and Calius Tinto Tradicional (Vijariego Negro, Castellana, Merlot y Tempranillo). 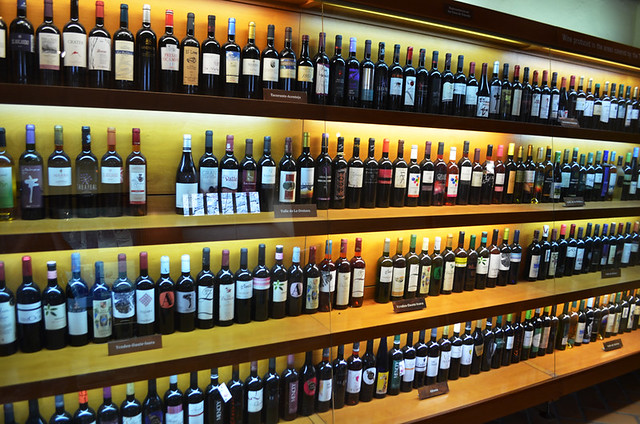 El Lomo, Tegueste
We’ve a soft spot for El Lomo in Tegueste as it’s the first Tenerife bodega we visited, turning up unannounced one afternoon as we spotted it when researching the area. Their wines featured on our rack thereafter, with one being our preferred Christmas Day meal choice for a while. Their light and fruity Tinto Joven is ideal for quaffing without any food whilst the Tinto Barrica (mainly Listan Negro and aged in oak barrels for three months) has more of a personality. 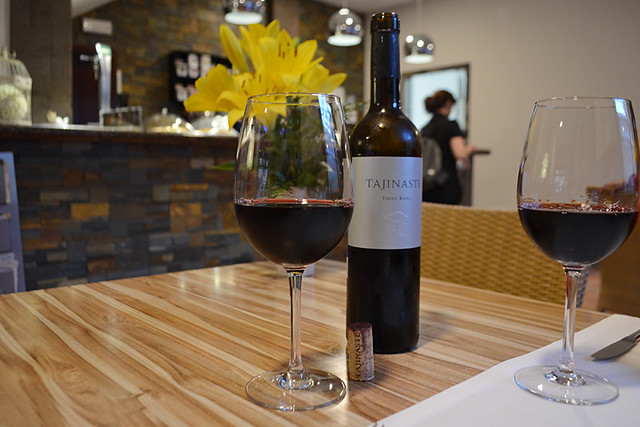 Tajinaste, La Orotava
Tajinaste is a Canarian wine which turns up a lot on wine menus in northern parts of the island, and for good reason. It’s a decent, good value wine. The Tinto Tradicional is smooth, light and fruity whilst the Roble is darker, spicier and goes well with stronger meats. 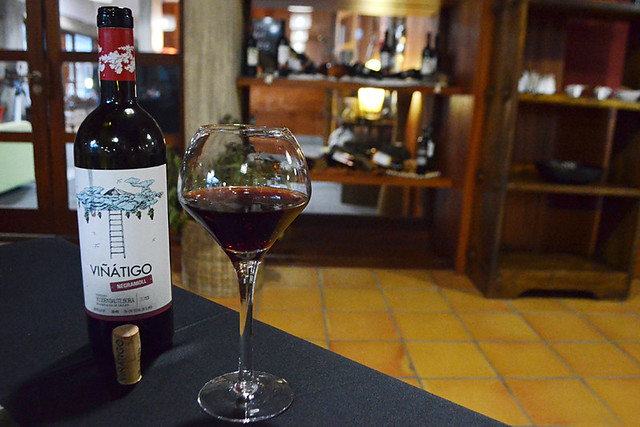 Bodegas Viñátigo, La Guancha
Another red wine which regularly turns up on menus in the north and for the same reason as Tajinaste. With its slightly peppery, plummy flavour Viñátigo Tinto is a reasonably priced, good all-rounder made from the Listan Negro grape.

None of the wines mentioned are top of the range expensive wines. However, for a variety of reasons, Canarian wines tend to generally cost slightly more than their mainland equivalent. But you are getting something quite different for your money, something unique given the blend of ancient grapes and volcanic terrain.

It’s worth it to spend a couple of Euros more to go local.