Although we’d heard glowing reports about Pizzeria Rugantino in Garachico, we nearly turned on our tails and walked out when we finally managed to coincide a visit to Isla Baja’s pretty town with a weekend night (the restaurant only opens at the weekend). 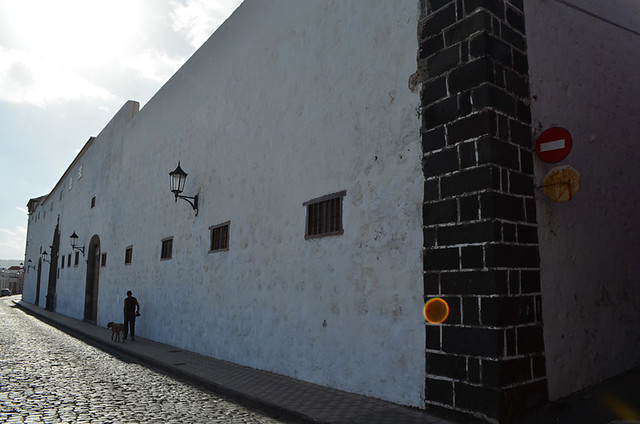 Rugantino lies away from the centre of the town, beyond the Convento Concepcionista Franciscano. There were only a handful of tables and they were all taken. In fact it looked like a take-out joint. Before we decided it was a bust we looked again, and spotted a door to another room at the rear – the restaurant part.

The dining room is quite basic. On a hot Saturday night in September it was packed with Spanish/Canario families clearly enjoying themselves. There were two free tables so we staked our claim on one of them pronto.
In a town where things quieten down drastically after dark, a buzzing restaurant suggested one thing – the food was good.

It was about 8pm and our timing turned out to be perfect. Within 15 minutes every table was taken. From then on, as soon as one came free it was instantly filled. 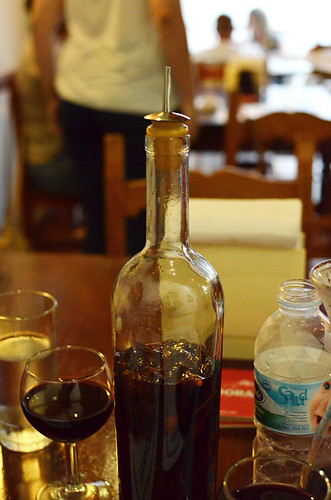 Rugantino is an extremely popular pizzeria.

Despite it being busy, a waiter with a Cheshire cat of a smile was at our table with menus within moments.

The Food at Rugantino
As well as pizzas there are salads, pastas and tapas on a menu that is slightly more creative than the average pizzeria.
But pizzas are the thing. Names are different from the norm and are based on Italian theatre characters (in keeping with the restaurant’s name). Similarly, ingredients stray a bit from the usual pizza path. The Scaramouch (salami, ham, tuna, garlic, herbs, cheese) sounded like a tempting mix so I went for that whilst Andy ordered a four cheeses pizza.

As we waited for our pizzas to be rolled an topped, we sipped at a decent half litre of house red and had a nosy at what was going on around us. 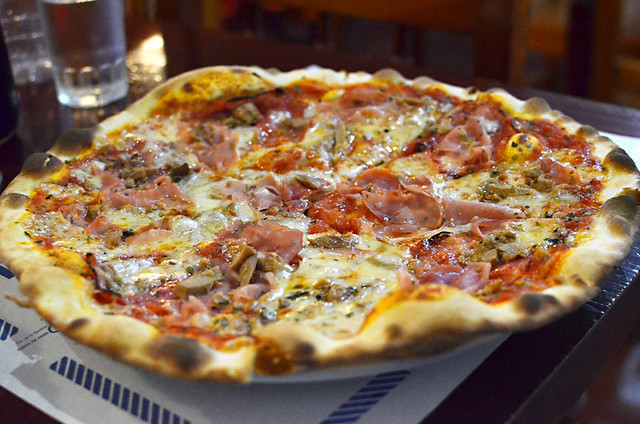 Rugantino is no run of the mill pizzeria. There are original paintings for sale on the wall (a not uncommon feature); also for sale was a water fountain (not so common). More curious though was that a group of children crowded around a window looking into the kitchen. At first we figured they were fascinated by the pizza making process, then we spotted some were wearing aprons. They were rolling pizza dough; a little innovation to keep younger diners amused. It’s a great idea that goes down a storm with both children and parents.

It was a little thing that spoke volumes about the personality of the Rugantino – it oozes fun and friendliness.

Then there were the pizzas. They certainly looked the part; a thin but firm base, lots of topping but no overdose of ingredients, sprinkling of herbs and a drizzle of olive oil combined to make the sort of pizza that ticks all the right boxes for me.

As for the taste? The pizzas were good; exceptionally good. Mine was as tasty a pizza as I’ve eaten in a long time (that includes a trip to Italy earlier in the year).
As a bonus, each table has a bottle of dark, spicy oil. When drizzled (conservatively) over the pizza, it unlocks even more flavours.

It was a big pizza, but it was so good it disappeared from my plate far too quickly. 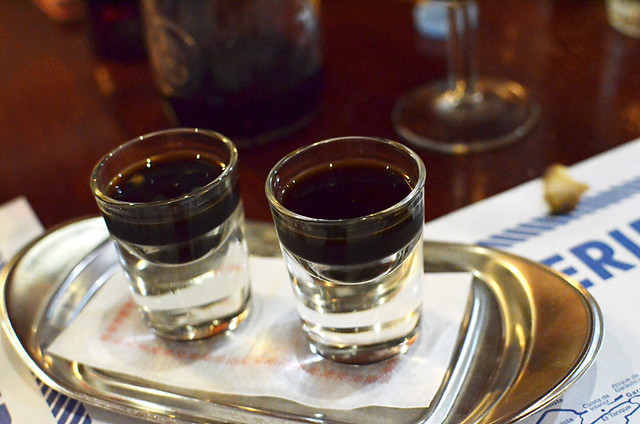 By the time we wolfed our Italian characters, finished the wine, saw off complimentary homemade chupitos and paid the bill (€23), the number of people waiting outside the restaurant numbered nearly as many as those inside.

With or without the oil, the pizzas at Rugantino are simply in a different pizza league; one that draws crowds.

Note: You’re not given any cutlery with your pizza at Rugantino. At first we thought the waiter had forgotten, but another scan around the room showed the pizza eaters (nearly everyone) were using fingers only. When in Garachico…

I’m not even sure I knew there was such a thing as Chilean tapas. After trying some at the Arlequin restaurant in Playa San Juan, I’m kicking myself… […]