Overall
This is the second time we’ve stayed in this hotel, the first was shortly after it opened when it had a different name. Since then it has led somewhat of a troubled life, management of it changing hands a few times over the years since its inauguration. It’s a place whose renovation we watched for years, looking forward to the time it would be open for business. La Casona del Patio is a unique hotel in an absolute peach of a setting – for us it’s the best Tenerife location for a rural hotel because you can step straight onto an number of very different walking trails. It’s a hotel with massive potential. But it has never been managed effectively… until now. 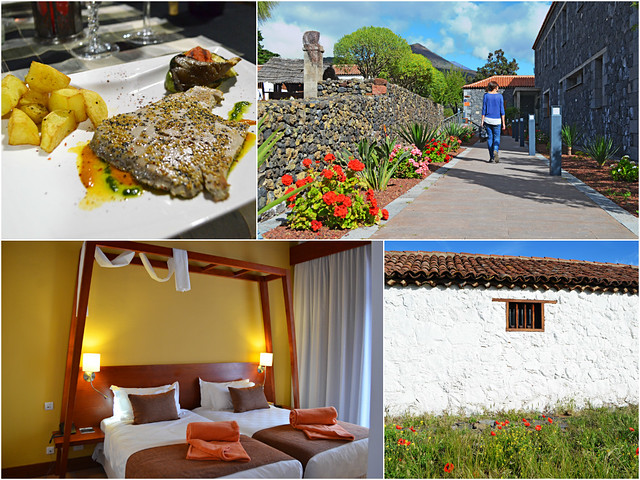 Where is La Casona del Patio?
La Casona del Patio is located in the west of Tenerife in Santiago del Teide, one of the most picturesque towns on Tenerife. There’s almost a Mexican pueblo feel to the town. It’s easily accessed from the south west resorts around the Los Gigantes area (a nice weekend break option for locals and expats as well as visitors). With the opening of the extension of the TF1 which now comes to the outskirts of Santiago del Teide, it’s relatively quick and easy to reach from Tenerife South Airport. The road to Masca is reached from the centre of the town, so many visitors pass through. But it’s worth an explore in itself, featuring some good local restaurants, a weekend farmers’ market and a picnic zone shaded by eucalyptus trees.

What is the La Casona del Patio like?
The hotel building is relatively new and constructed out of volcanic stone so it looks as solid as granite. Wooden door and window frames plus a terracotta tiled roof add contrasting colours whilst the overall appearance is softened by planters and the wild flowers which grow in profusion in this area in spring. Adjacent to the hotel are a series of pretty, whitewashed buildings dating from the 17th century and a couple of traditional lagars (wooden wine presses). There’s a seamless blend of the old and the new, evident throughout the hotel, which fits the landscape perfectly. It’s a place we often visit even when not staying there. 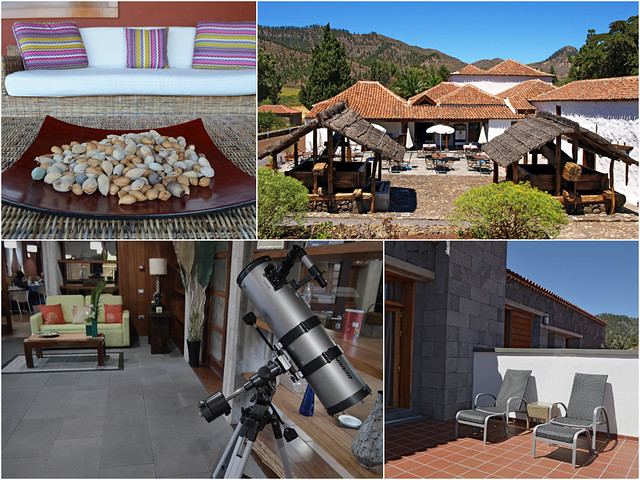 Inside is an interior courtyard and a lounge/bar with a fire for winter’s cooler night time temperatures. To the rear of the hotel is a chill out terrace with wicker recliners. There are subtle local touches dotted all around, like table decorations consisting of trays of almonds (a local speciality).

There’s no swimming pool (yet), but there is a small gym and a sexy, chic little spa which can hired out hourly (€50). The great outdoors is the main attraction here… and history. The old buildings, including a little bodega and ethnographic museum, are open for an explore and there’s a paddock with horses and a cutefest of a mini pony. If you’re into horse riding and walking, this is the place for you.

The hotel also has a decent telescope for a bit of stargazing.

Unless there’s a traditional folklore concert taking place, or a fiesta in the town, nocturnal entertainment is of the ‘make your own’ variety. 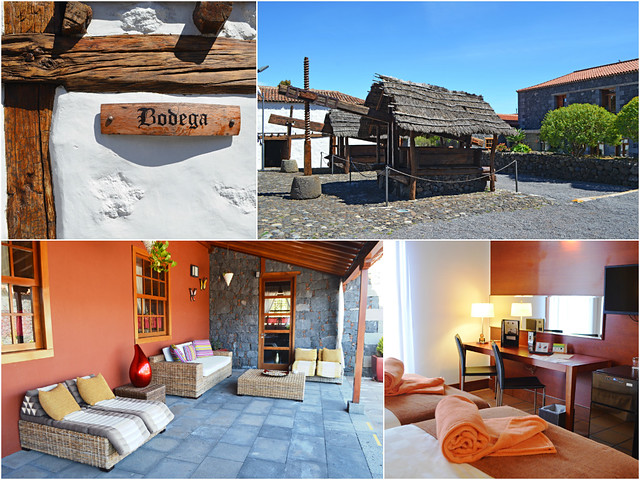 What are the Bedrooms Like?
There are 20 bedrooms set around the interior courtyard in the main building and another couple in a detached cottage. The rooms, like the rest of the hotel, are quietly stylish. They’re comfortable with attractive décor but no real wow factor. Only rooms at the rear of the hotel come with a large terrace with great views of the valley. However, the ‘cottage’ rooms also have outside areas with a mini barbeque.

One rather classy touch in the room was a wine cooler. Each room has a flat screen TV, wifi (signal strength mixed), Casona del Patio toiletries, bath robes, slipper and hairdryer. A big thumbs up from me was earned because there were two pillows per person. Not always a given in Spanish hotels. 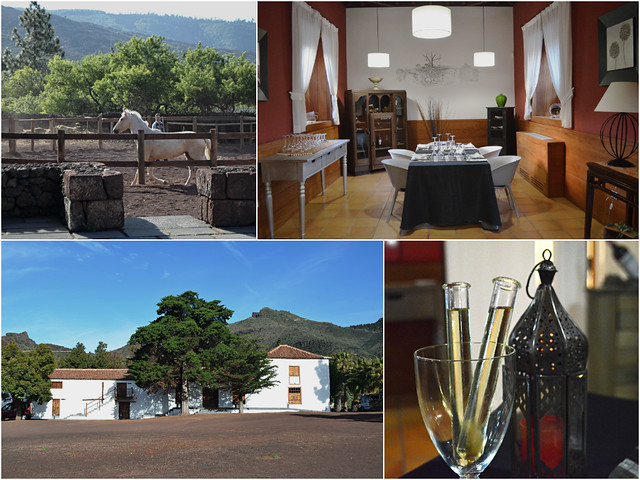 How Good is the Food?
The restaurant is open to the public and for guests there’s a choice of a la carte or a set menu with limited choices. We had the set menu and the standard was creative and excellent; a mix of updated Canarian dishes and more international options. We had homemade croquettes in three different salsas, Mexican tacos with chicken, sesame seed coated tuna and as good a bienmesabe dessert as I’ve had anywhere. Dining at La Casona del Patio feels more like eating in a good restaurant than in the dining room of a rural hotel.

Breakfast is of an equally good standard with a choice of fresh fruit, warm breads, cold meats, cheeses, yoghurt, and a limited selection of hot dishes. 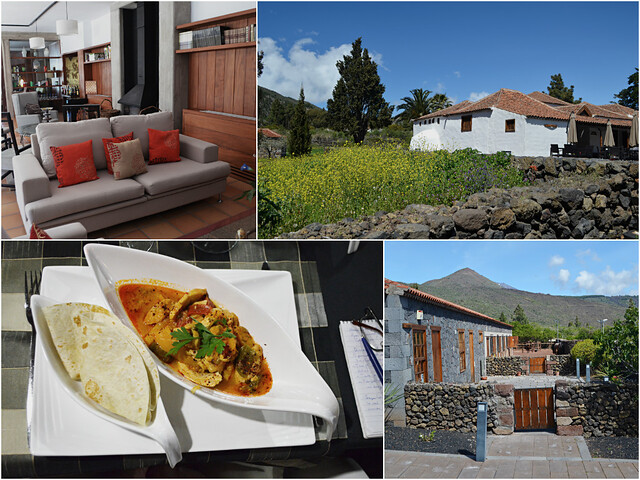 What is the Best Thing About La Casona del Patio?
It’s a friendly, good looking and interesting hotel with bags of history attached, but its location in the centre of the sunny Valle de Santiago is the crowning glory.

Who Would it Suit Best?
Perfect for people who enjoy the great outdoors. There’s also a romantic vibe to the hotel and surroundings so also recommended for couples.