This year for the first time we experienced the Noche de San Juan (Midsummer) in the south of Tenerife or, more accurately, around the resort areas.

For years we’ve squeezed in to a spot on Playa Jardín as the beach has filled to beyond capacity with local families celebrating a tradition that was once one of the most important in the Canary Islands. If you think the beach gets busy in summer months when the Spanish mainlanders cover it with a sea of umbrellas, that’s nothing compared to Midsummer’s Eve when there are more people than grains of sand (maybe a slight exaggeration). The sultry night air is electric as it feels as though the whole beach joins in with the singing of Canarian folk songs. 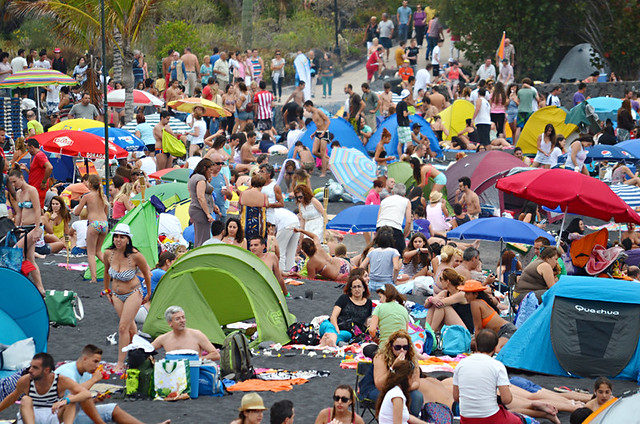 But it’s not just the beach scene. There’s a buzz away from the beach as well, in the side streets where old drinking fountains are elaborately decorated; or on the pebble harbour beach where normal beach rules never seem to apply so that dogs aren’t chased away and there’s always a bonfire at San Juan.
Traditions run deep, passed on through generations. It’s not just the young looking to party at these events, every member of the family takes part. The youngest are initiated into these traditions probably before they’re potty trained. 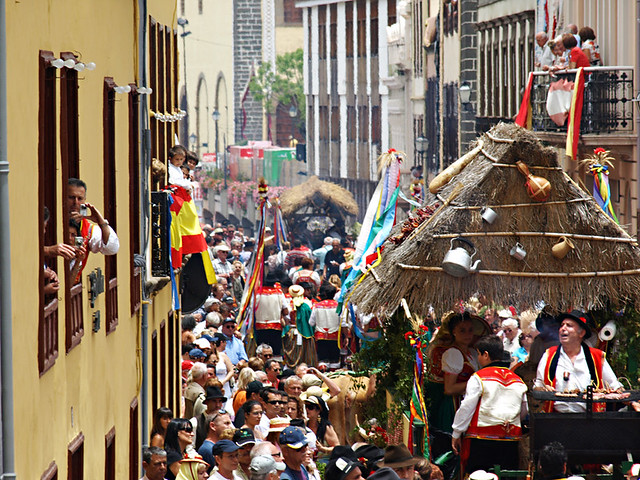 It’s the same with carnival when you can taste the anticipation in the air in the weeks beforehand.

This year it was different. We were staying in Costa Adeje due to work commitments and spent a relaxing and most enjoyable afternoon in the company of a trio of the island’s DJs. It was good fun, but it could have been any warm afternoon of the year.

On Midsummer’s Eve we changed venue to the chic chill out scene at Bahia Beach in Palm Mar where a whole programme of events had been arranged to celebrate, even including little details like everyone being given special pieces of papers to write the three bad things they wanted to get rid off over the coming year and the three wishes they wanted to come true. We didn’t actually fill our wish lists in as, after a debate that referenced The Monkey’s Paw, we decided there were too many potentially dodgy consequences. 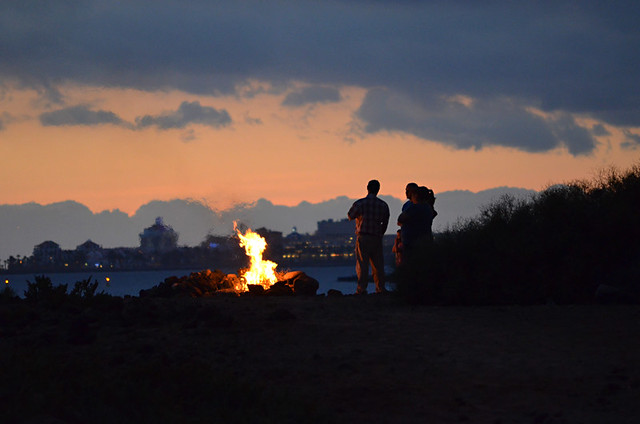 As the sun dropped below the clouds to spray the cool, white beach beds with golden rays, we were treated to a San Juan experience that included a couple of carnival-type dancers and a fire-eater whilst DJ Nico played sounds that complimented the laid-back Midsummer scene.
It’s the most chilled San Juan celebrations we’ve ever experienced and we thoroughly enjoyed ourselves. It wasn’t the usual traditional scene we’re used to, it was just different.

Which is sort of how I view quite a few of the events we’ve witnessed when we’ve been in resort  areas. The one time we saw a carnival parade in Playa de las Américas/Los Cristianos it didn’t really feel like carnival. For a start, I didn’t have to bag a spot hours beforehand to take a photo – there were plenty of gaps, lots of people choosing to watch from the terraces of bars. That would never happen in the bigger, traditional towns. But what was really missing was the buzz away from the parade. It was a spectacle rather than an event that involved the community beyond those participating in the parade, and that makes a huge difference. 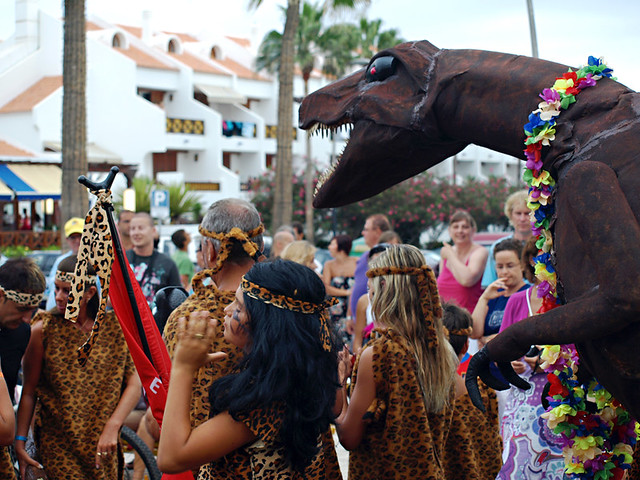 One way of spotting the difference between a bona-fide traditional event and one that might not have the same roots is to look at the dates any fiesta takes place. The truly traditional ones are generally chained to dates in the religious calender. These dates mean something. Carnival is a hedonistic blow out before the abstinence and spiritual purification of Lent. Take the date out of the equation and it loses its symbolism and just becomes a party or a colourful parade.

It’s a similar case with other events rooted in the island’s past and religious heritage, such as Corpus Christi, when in some areas events don’t actually take place on the ‘official’ date.

But does this actually matter? 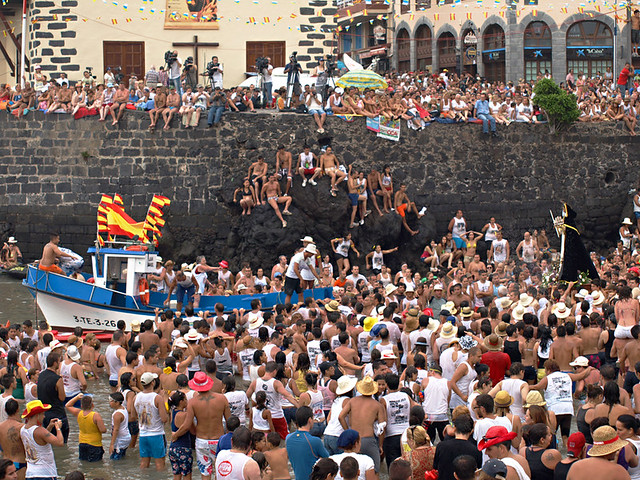 I suppose the answer is both yes and no depending on how you view it. Think of it a little bit like celebrating Christmas a few weeks after 25 December. You could have all the Xmas Day trimmings, exchange presents etc. It might still be fun, but would it feel the same if celebrating Christmas Day was an important part of your year?

Basically, if someone wants to experience a fully blown traditional fiesta whose roots spread way back, it’s a yes – it does matter. If someone only wants to watch a colourful, lively spectacle with loose links to local culture then it’s more of a no. 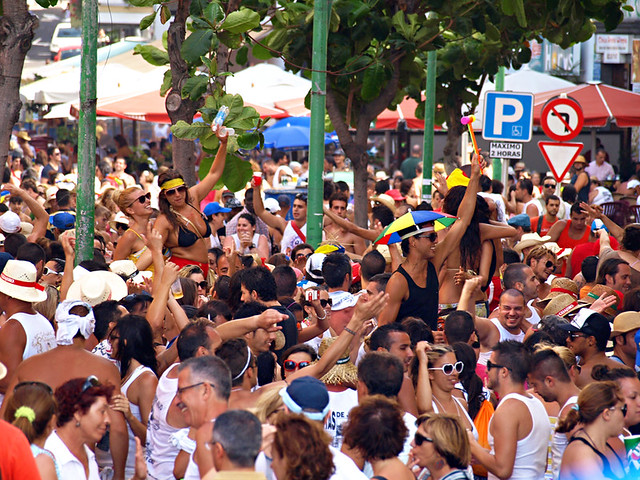 Having lost count of the number of fiestas (large and small) we’ve been to around the island, I see and feel differences. Sometimes the difference is sheer scale, sometimes it’s the ambience of the thing, sometimes it’s something you can’t quite put your finger on; something that goes deeper – all inclusive community spirit maybe.

Saying that, apart from those that were 100% manufactured, I tend to enjoy them all. Fiestas are infectious fun after all.