There are some things we’re reluctant to share. Some places we want to keep to ourselves. Lucas Maes in La Orotava is one such place.

Despite being known around the island as being one of the best restaurants on Tenerife, Lucas Maes isn’t on the populist radar and that keeps it a bit of a delicious secret. However, it’s too good not to share so, despite selfish temptations to leave it out, Lucas is finally being added to our list of restaurant reviews. 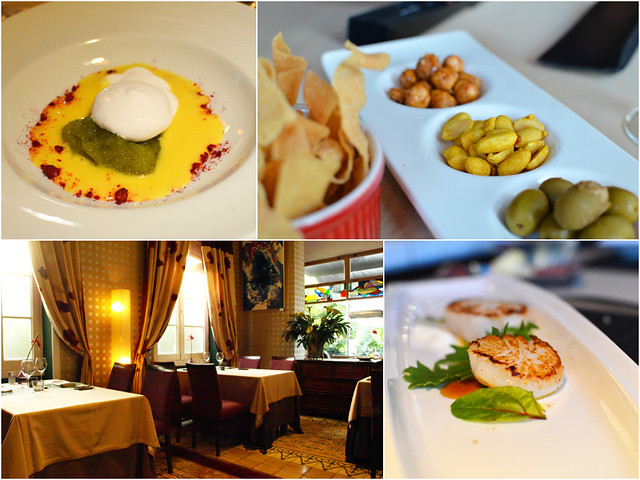 Lucas Maes is located in one of the most bizarre places you’ll find a restaurant – accessed from a slip road leading to the TF5 from Carretera Botanico leading out of Puerto de la Cruz. It’s not a position you’d stumble across when out for a stroll in the sunshine; one of the reasons it remains relatively unknown outside these shores.

Once inside the front gates, there’s a bit of a Tardis thing going on. A chic cocktail garden is hidden from the outside world, and the motorway, by a lush botanic curtain. In a couple of steps you’re transported from a main road into a sub-tropical world.

The restaurant itself is set within an old mansion, the dining areas are located in various rooms, keeping things intimate. Each has individualistic, bright, artistic, funky and occasionally slightly kitsch décor. They are attractive and fun, and nearly as inventive as the menu. 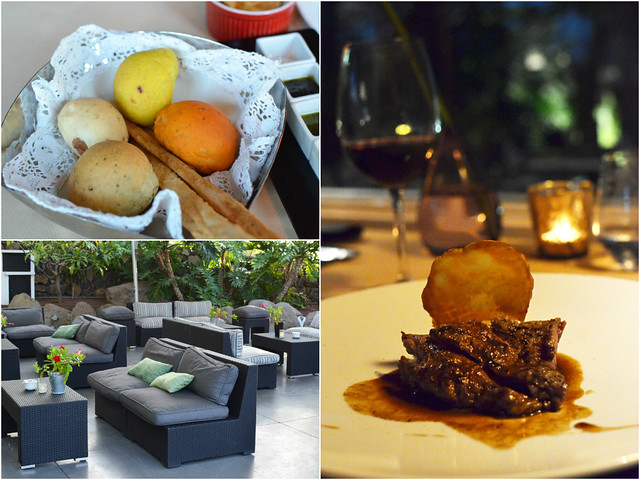 What we’re talking here is quality, seasonal ingredients that are imaginatively paired to create an intoxicating mix of flavours that blend subtly and wonderfully in the mouth. We’ve eaten in Michelin star restaurants where the dishes have been beautiful, creative and delicious but occasionally ingredients have squabbled with each other. Not so at Lucas Maes. The degustación (tasting) menu we tried last time was more alchemy than gastronomy – pure magic on a plate.

Then, the tasting menu was supposed to include carpaccio of mushrooms with cheese ravioli (given extra class from truffle shavings); scallops on passion fruit sauce; seared tuna on creamy sweet potatoes; Iberico pork on potato purée, and passion fruit and mojo sorbet in coconut foam.

Sure enough, we were presented with and devoured with mucho gusto all of these. But there were complimentary extras as well. An appetiser of poppadom strips, honey nuts and curried olives; home-made bread with creamy cheese sauce, tapenade and pesto. A surprise bowl of chanterelle soup and a post meal treat comprising of mini chocs and white chocolate soup in a shot glass. 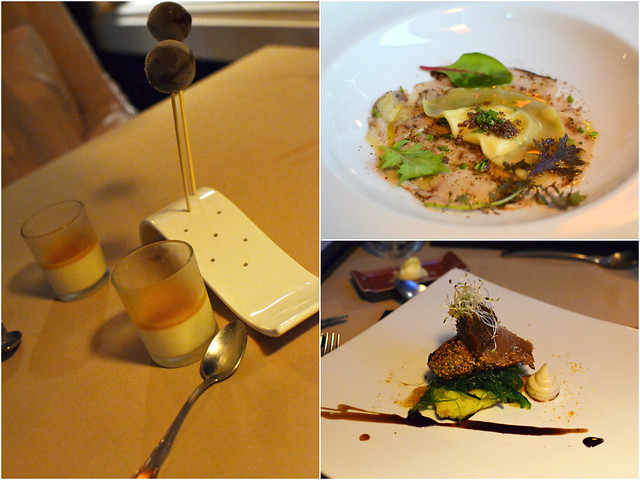 It was a night of exceptional gastronomy when I reckon the conversation between us consisted mainly of ‘mmm’ and ‘god, that’s good’ combined with a lot of borderline obscene sighing.

With cava to start, good local wine to accompany us through the meal and relaxed, friendly staff who were always happy to answer a barrage of questions, it was simply the perfect meal.

I have to admit though that it left me with regrets. Regrets we haven’t eaten at Lucas Maes more during our time living on Tenerife.

Note: The menu has changed since we ate at Lucas and currently (Nov 2014) includes new gastronomic temptresses like scallop and lobster ravioli in a spiced spinach sauce and tuna and cheese drizzled with ginger vinaigrette.