We recently received the first review of our guidebook Walk this Way Tenerife. It was an odd review which set off a few alarm bells about its source, but that’s another story.

One of the things which caught our attention was the reviewer was irked by an opening paragraph which states Tenerife is still unknown as a walking destination. We found it interesting that someone who, by their own admission had never visited the island and therefore didn’t know it, could find this suggestion so outrageous. 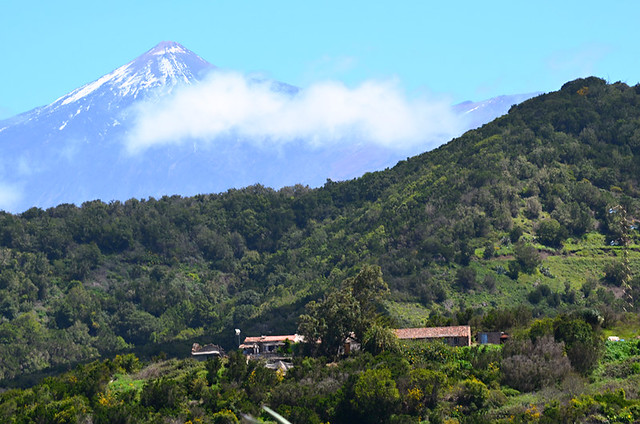 Tenerife is a wonderful walking destination and many, many people do come to walk on the island’s network of trails. But it still hasn’t got the reputation it deserves. Gran Canaria is exactly the same – fabulous walking but not universally known as a walking destination. When we say to some people in the travel industry that Gran Canaria is fantastic for walking, often the response is a sceptical ‘really?’

As we go on to explain in the book, La Gomera is still the Canary Island with the ‘walking paradise’ reputation. Admittedly things are changing and the fact that in 2014 Tenerife introduced its first Walking Festival shows the island is starting to take itself seriously as a walking destination. 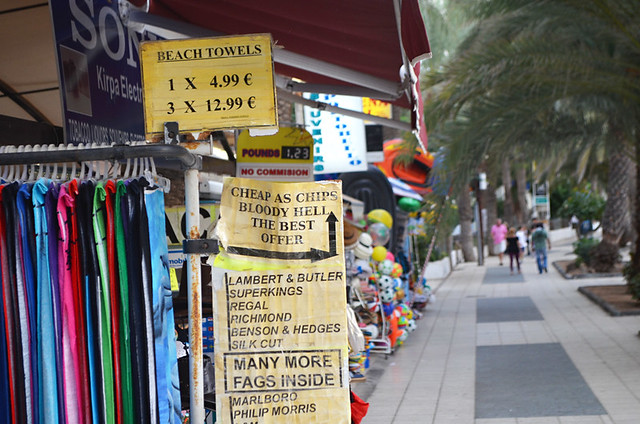 We know and work with quite a few people involved with the travel writing business. For years we’ve been fighting outdated perceptions of the island, trying to chip away at the reputation it actually has within the industry. Travel articles shape the views of those who read them and generally speaking Tenerife hasn’t always fared well or, more accurately, parts of it haven’t.

To give some examples of what I’m talking about, here are a selection of passages from travel articles about Tenerife taken from both UK broadsheets and tabloids.

Never mind the bars and all-day breakfasts of Tenerife’s famously sedentary southern beach resorts, it really is possible to find sharper pleasures on this strangely polarised island, especially if you head north…

… it’s hard to believe the crowded playas of the south-west — the Tenerife of fast food and furiously paced discos — are a couple of hours away. Hidden away in the remote north-east, Taganana is a rare delight. 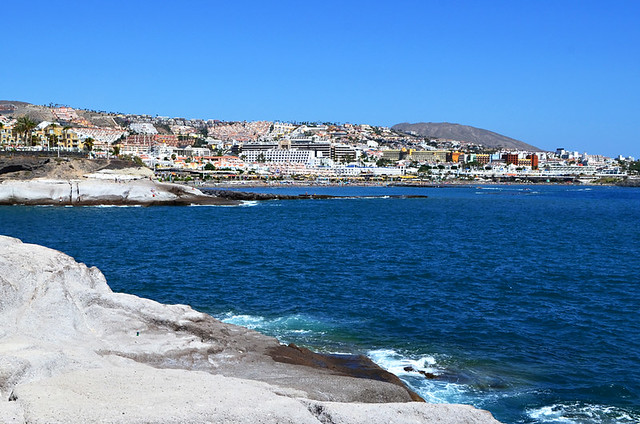 “… But Tenerife,” she said. “It’s a bit well … A bit tacky and cheap? A bit scampi and crazy golf, and big-haired tribute bands from Cumbernauld?”

On the taxi ride from Tenerife airport to catch the ferry to La Gomera, we pass a billboard advertising Lineker’s Bar in Playa de las Americas. “The home of stag and hen parties,” it shouts. It reminds me of the last time I was in Tenerife, when I was 17.

This laid-back little island is just 40 minutes by hydrofoil from Tenerife, yet the contrast could not be more marked. You exchange the brashness of Los Cristianos for a tiny eco-kingdom…

It is the image which has been painted for years. 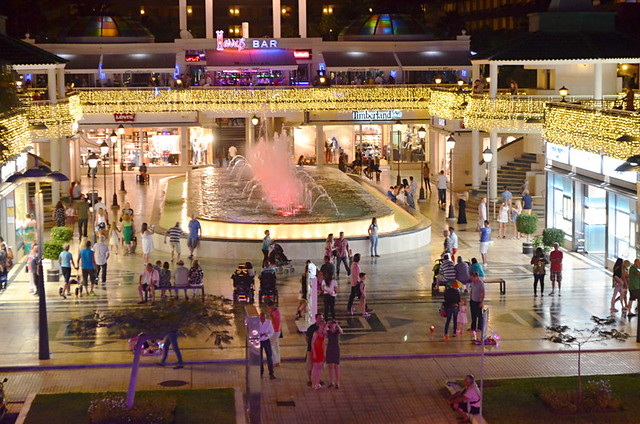 People who are familiar with the island know this to be mainly an exaggeration. I say mainly because, as one of the quotes above mentions, some places are doing well out of continuing to promote a cheap and cheerful, Britain in the sun image. There’s nothing wrong with that and it’s a side to Tenerife which has brought in the punters in their thousands, if not millions, over the years. But Tenerife has suffered as well from this focus on what is just one aspect of tourism the island.

A couple of years ago it took a battle of wills to convince a travel editor that a couple of hotels in the Safari Centre end of Playa de las Américas were worthy of being included in a guide featuring luxury hotels on Tenerife. The editor had actually stayed on the island, but 15 years previously. He thought the area was cheap and naff. The Las Américas he remembered was very different from the upmarket and rather sophisticated one that exists now around the Safari Centre. 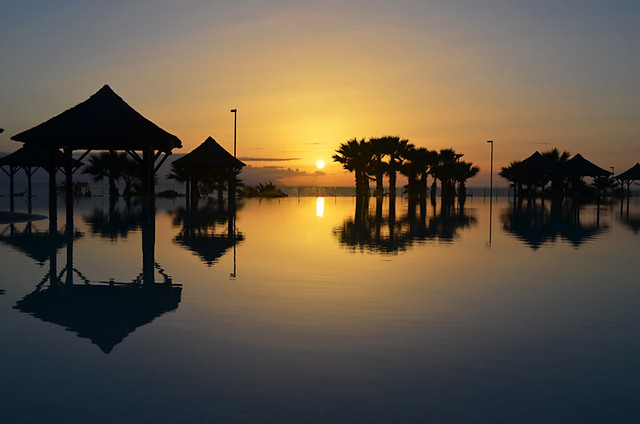 Even people who know and like Tenerife’s southern resorts can be guilty of playing the same record. I’ve seen plenty of Costa Adeje fans dismissing Playa de las Américas in much the same way that editor did.

Times are changing though and Tenerife as a whole is increasingly getting as much good press as negative. The north tends to usually come out well. In recent years the south west corner of the island has also been given the thumbs up thanks to the rise of luxury hotels like the Abama in Playa San Juan and the Gran Melia Palacio de Isora in Alcala. But the south is still generally portrayed as a sort of package holiday, lout infested Sodom and Gomorrah. Ingrained perceptions persist. This was published this week in National Geographic Traveller.

‘Southern Tenerife is synonymous with pile-’em-high-sell-’em-cheap resorts, offering a bit of Britain abroad for those only after a week on the beach. Resorts such as Los Cristianos and Playa de las Americas have perhaps deterred some from visiting the island.’ 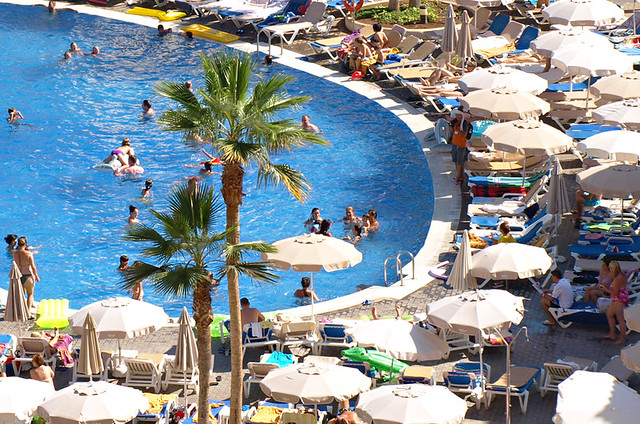 What really doesn’t help erase the naff image once and for all are headlines like the one in the Daily Mail, also from this week, which gasps: ‘They were like caged animals’: British holidaymakers stampede towards sunbeds…

It sounds typical Daily Mail sensationalism, and much of the report was just that. However, we’ve actually stood, open-mouthed with astonishment, watching similar scenes – worse in truth. But, to put it into perspective, out of countless hotels we’ve stayed at in Playa de las Américas and Costa Adeje, we’ve only witnessed it once. The reality is Costa Adeje and Playa de las Américas have plenty of world class hotels.

As well as dismissing the south of Tenerife, another thing many Tenerife travel articles increasingly have in common is the author’s surprise at how beautiful some parts of the island are, and the diversity and quality of walking on Tenerife is regularly a revelation to them. This ‘surprise’ is one of the reasons we can say confidently the island doesn’t have a reputation as a walking destination. If the media already knew it, it wouldn’t come as a surprise. 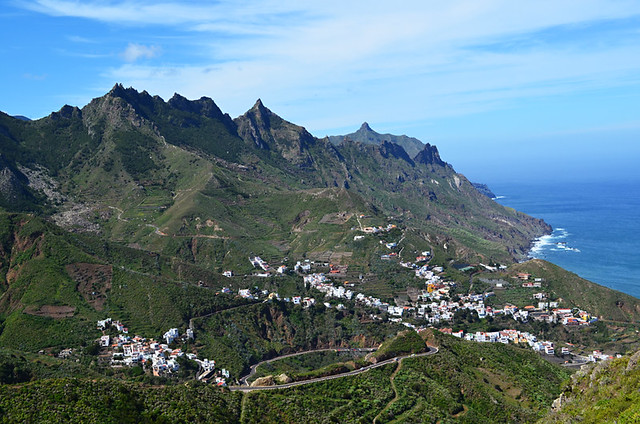 Tenerife will continue to become better known for its walking, its culture and its gastronomy. But as long as there are still tourists happy to leave their dignity in shreds by racing each other to get to prime sunbed spots around the hotel pool, that’s the image of Tenerife which will continue to dominate in the press.