Ahead we could see and hear a group of Canarios, chattering happily and constantly despite the path climbing steeply through the dappled laurel. They had an unusual companion trotting along at their side – a ginger cat.

“Your cat enjoys hiking,” Andy commented to one of the girls.

“It’s not our cat,” she laughed. “It followed us from the village.”

We’d reached a viewpoint with a sheer drop overlooking one of the best vistas in the Canary Islands, in a remote part of what is a remote area, Anaga. Whilst we all made ooh and aah noises, the cat lay down in the cool shade of a rock. A cat that likes to join hikers; bizarre. We’ve had that happen with a dog before, but never a cat.

Rural parts of Tenerife are so friendly that even the cats are sociable.

It was the perfect antidote to a few days of dealing with the side of Tenerife that infuriates and far too many cases of the Tenerife shrug; an incredibly annoying gesture which says ‘you’ve hit the end of the road here.’ It’s a gesture that reminds me why the Glasgow kiss was invented.

We needed a bit of a reboot for the soul and a reminder that Tenerife wasn’t just populated by thick oafs. In temperatures that were still summer hot we drove to the very end of the eastern road in Anaga to head into the hills. 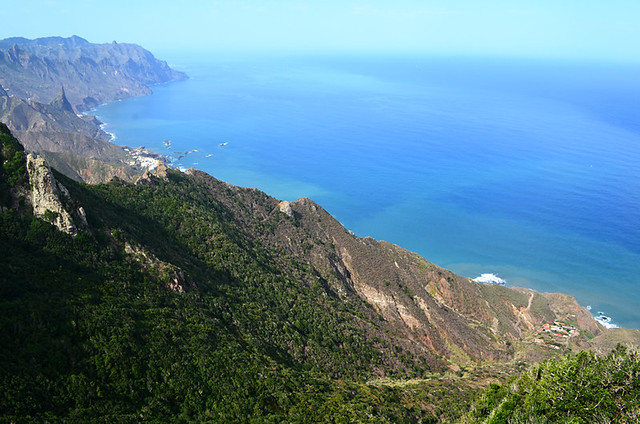 Anaga is a stunningly beautiful part of the island. Its remoteness has kept it relatively unchanged over the years. The scenery is wild and wonderful, the terrain challenging and rewarding and the people are as amicable as they come.

Not many visitors reach the more remote parts of Anaga. Even from Puerto de la Cruz it took us an hour and twenty minutes and we know the narrow winding road well.
As soon as we parked in the shade a cane thicket, there was a fiendly ‘hola’ from a young guy wearing a baseball cap who was fixing a speedy looking car from which reggaeton was blaring out. In a small village in a remote ravine it was an incongruous sight. 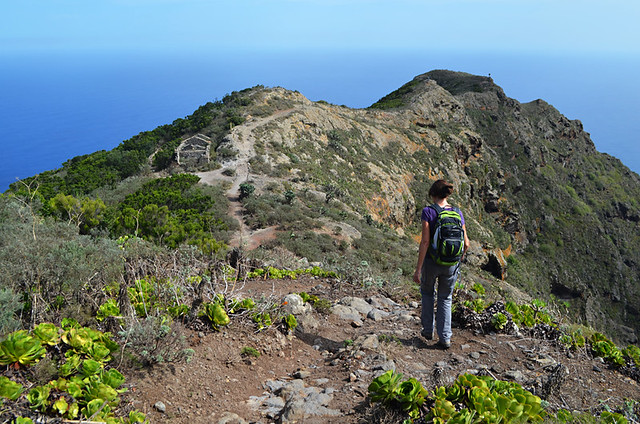 Our route took us through the forest to a hamlet that can only be reached on foot or by boat. The only people we passed on the way were Canario hikers. First the cat group, then a handful of couples. All smiled, all said ‘hola’ and shared a few words about the hot weather, the views, the difficulty of the climb.

The scenery in this part of Anaga is overwhelmingly beautiful, it’s a landscape full of surprises. Last time we’d walked this way, we were wrapped in cloud until we crossed microclimates and moved from damp bruma (low cloud) into searing sunshine. This time, the wild north east coast was exposed in all its dramatic glory; sharp pinnacles we’d never spotted before were revealed under clear, if slightly hazy skies. It is not a Tenerife that many would recognise or associate with an island too often only characterised by its resorts. 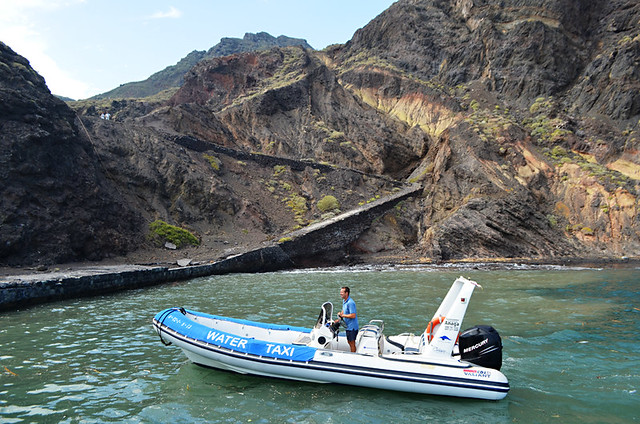 After a long and slippery descent, the October monsoon rain had washed away parts of the path leaving slippery shale in its place, we ate our sandwiches at the small, sheltered harbour in Roque Bermejo, a curio of a hamlet. Our lunch companions were a couple of young fisherman, brewing coffee in the shade of the harbour wall, and the pilot of the water taxi from Santa Cruz.

Our route back to Chamorga took us through a barranco that had nearly killed us the last time we walked it, thanks to it being August (too hot) and us underestimating the amount of water we needed. We’d figured it would be much friendlier in October temperatures. 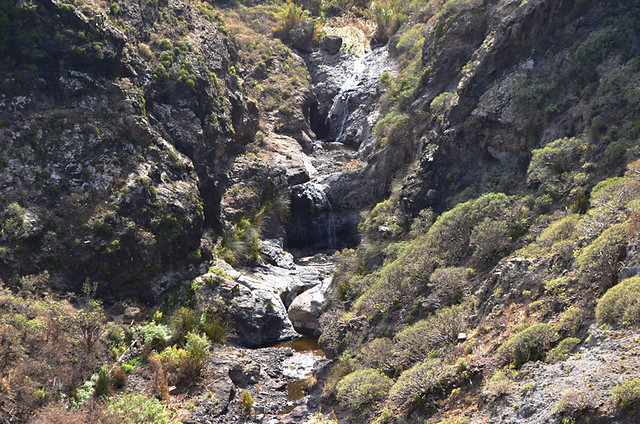 We got that wrong. The rains had left waterfalls and sparkling pools, but there was virtually no shade in the barranco. The sun just battered us on an ascent that wasn’t long but was relentless. We were better prepared this time and although the water didn’t actually seem to have the power to quench our thirsts, we at least still had some left by the time we passed the first of the drago trees indicating we’d reached the village.

A tiny village at the end of the road Chamorga might be, but it does have a bar. It is possibly one of the most uninviting looking bars on Tenerife – a cross between a bunker and a prison yard – but it’s a beautiful sight after a long, hot trek. And it has bags of character. 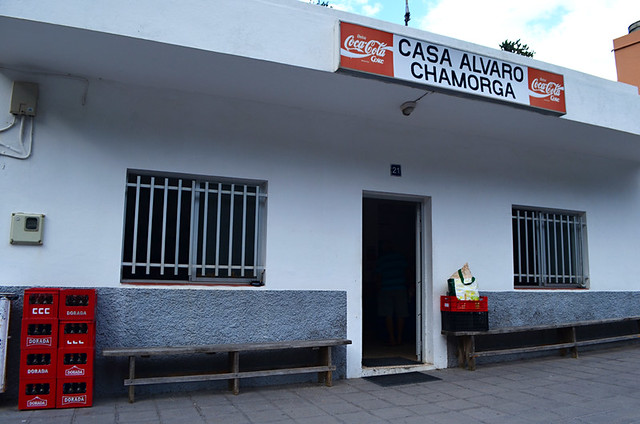 With a Fanta naranja and two Dorada beers (€3.60 the lot) we sat on a tiled bench outside the bar. Two old guys chattered incessantly under the protection of an umbrella to our right whilst their dogs snored in the sun; a teenage girl filled a plastic water bottle from a communal tap, laughing at an old man vainly trying to shoo his dog homeward. The dog had other ideas, wanting to accompany his owner to the bar. The situation wasn’t helped by the barman who made encouraging noises at the confused little dog. Everyone laughed, including the disobedient dog’s owner even though he had to physically ‘escort’ the dog home in the end.

The sun was warm and so was the atmosphere. In this simple little village at the end of the road everyone smiled, everyone said ‘hola’ or ‘buenos días’, everyone made us feel welcome.

Our souls were well and truly soothed.

The Best Fiestas, Festivals and Events on Tenerife in January 2014

January on Tenerife is often a sunny month even though we think of it as the true start of winter with the nights becoming quite chilly for the next 6 or 7 weeks. […]