The San Francisco International Wine Competition is said to be the largest and most respected competition in the Unites States so getting a medal there is a BIG DEAL and getting a gold medal there is a REALLY BIG DEAL. So when it came to our attention that a local, Tacaronte-Acentejo wine had notched itself up as a double gold medallist at this year’s competition, there was only one thing to do… 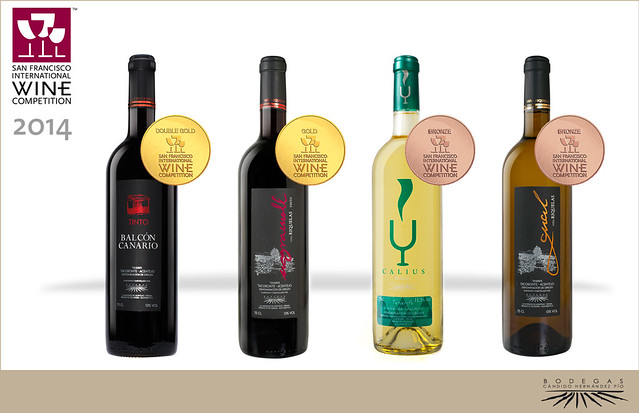 A whopping 4,569 wines from 26 states and 31 countries were judged at the San Francisco Wine Competition at the end of June and of those, less than 70 wines received double gold honours, only three of which were Spanish. Flying the lone gold flag for the Canary Islands, Balcón Canario 2013 from the Cándido Hernández Pío bodega in Matanza last year picked up a silver medal along with the gold medal for the best new wine. This year, not only did it compete with some of the world’s finest wines and come out on top but it also did it at less than €10 a bottle – a triumph in wine production by anyone’s standard.

And as if there wasn’t enough excitement already in the Hernández family, its sisters Negramoll Viña Riquelas Tinto won a gold medal while the Viña Riquelas Blanco Gual and the Calius Blanco Marmajuelo both won bronze medals.

Hot from the press release, last weekend we headed up to Al Campo supermarket in La Orotava to scour their not-inconsiderable collection of Canary Islands wines for the triumphant tinto and were delighted to find the Balcón Canario and the Negramoll,  retailing at €5.90 and €6.89 respectively. Although they were the 2012 cosecha rather than the 2013, as both had received silver medals last year we figured they were definitely worth uncorking and a bottle of each found its way into our trolley faster than you could say “wine tasting anyone?”. 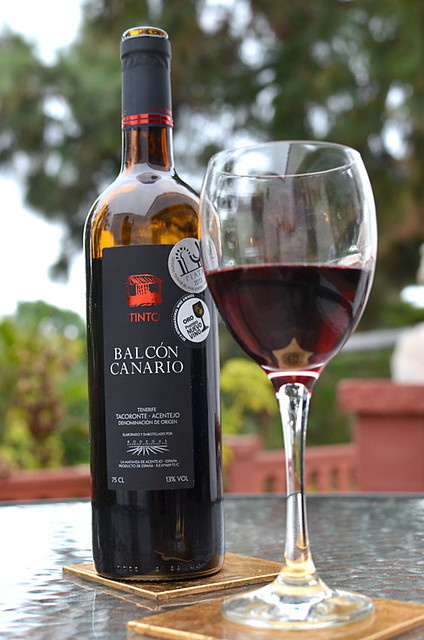 As yet, the Negramoll remains intact, testament to our willpower and the result of going out on a Saturday night instead of dedicating ourselves to the evaluation of local wines as we normally do on Saturdays – the sacrifices we make. The Balcón Canario however got no such reprieve and was quaffed with gusto on Sunday night.

After due deliberation we have come to the conclusion that this is probably the best Tenerife red wine we have tasted and by default, that also makes it the best Canarian red wine we have tasted. It’s mellow, soft, rounded and bursting with fruit with a vanilla aftertaste without the ubiquitous volcanic undertones of most Canarian wines, many of which have been known to steal the limelight. It’s immensely drinkable and will be a regular in our shopping trolley from here on in.

Go and buy it now before they put the price up, and when the 2013 cosecha appears, get hold of it pronto. You’ll find a huge selection of Canarian wines, including the award winning Cándido Hernández Pío wines, at Casa del Vino in El Sauzal and that way you won’t need to go to Al Campo in La Villa to buy it, we don’t want our sources compromised 🙂