After 13 years of living on Tenerife, it’s fair to say that the highs have outweighed the lows by quite some considerable margin, otherwise we wouldn’t still be living here. But it hasn’t all been plain sailing.

For anyone thinking of making a new life for themselves in Tenerife, some of our experiences might be of interest, particularly if you’re not coming out for a sunshine retirement but rather in the hope of making a living. This is a purely personal point of view and one based on being self employed and living in the north of the island. My opinions may not reflect those of others, they’re not meant to, they’re mine 🙂

Downside of living on Tenerife: 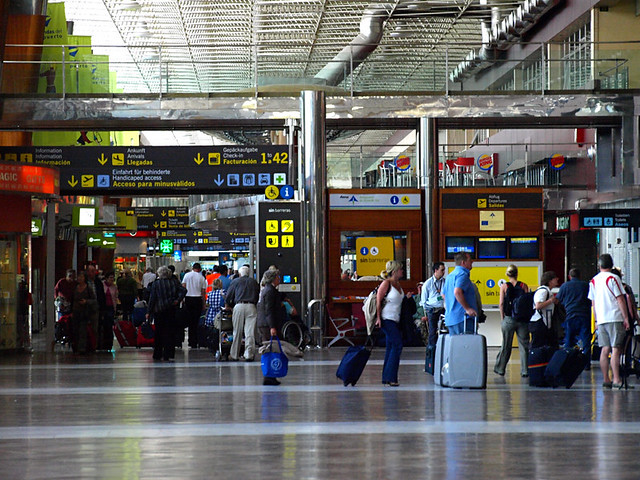 Distance from the EU mainland
Sooner or later, the claustrophobia of small island living gets to everyone and when that happens, the need to escape to somewhere different is hampered by the distance from mainland Europe. Wherever we want to go, unless it’s one of the other islands or to the African continent, it’s a 3hr to 4hr flight away. We’re also restricted as to where we can fly direct, particularly in summer when the number and range of flights diminishes.

And it isn’t just travel that makes our remote location challenging. Trying to buy things online is more restricted with many places not delivering to the Canary Islands, or if they do, at inflated p&p costs. Those postal costs apply both ways. We had to stop selling printed books of one of our guides when the cost of postage doubled overnight, completely wiping out any profit.

Lack of business acumen
When it comes to trying to run a business or being self-employed, Tenerife would try the patience of a Saint. It’s hard to credit in this day and age but many businesses still do not have a website. Some think having a Facebook page is enough, and some don’t have any web presence at all. Trying to get an email answered on this island is like waiting for the first snowfall on Teide, it may or may not happen. Communications here are still primarily undertaken face to face or over the phone, and if your Spanish (or rather, Canario) isn’t top notch, you’ll struggle with phone conversations.

If you do persevere and get a business together, you’ll find the tax and national insurance systems baffling at best and economically crippling at worst and you’ll spend half your precious productivity time chasing invoices from people who may never pay.

The yin and yang of this state of affairs is that there are lots of opportunities to fill gaps in the market, to provide a better service than already exists or to launch new concepts. 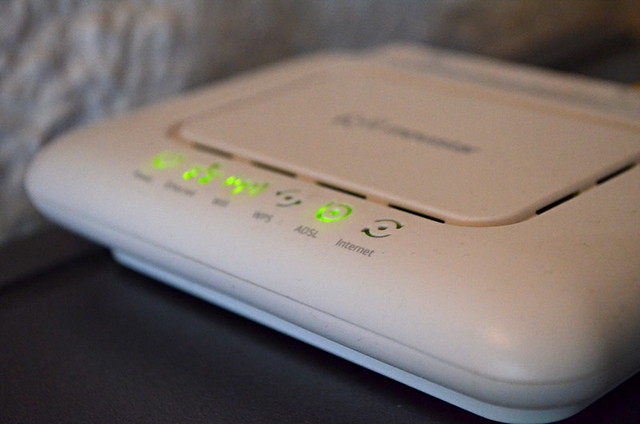 Broadband is rubbish
Considering Tenerife promotes itself as the IT hub between Europe, Africa and the Americas, you’ll find yourself paying more, for less, than anywhere else in Europe. Broadband speeds in the home are adequate at best with the advertised speed of 6MB being standard although you rarely find that speed actually getting streamed. At weekends the broadband gets inexplicably even slower. Perhaps all the engineers are at the beach.

Everything takes time
Nothing happens fast here. The mañana culture is alive and well in the Canary Islands and coupled with a love of bureaucracy means sometimes, just living here is a full time job.

The lack of IT know-how means that the online facilities you take for granted in other countries, like notifying a change of circumstances, have to be done in person. At the Correos (Post Office), everything except postcards has to be weighed and stamped. As lots of people go to the Correos to pay their bills, that means posting something can take anything up to 40 minutes waiting to be served.

If you have to go to the bank for any reason (usually to pay a tax bill) it’s another long wait. Although online banking is common, few people use it and prefer to stand in line to deal with a person. 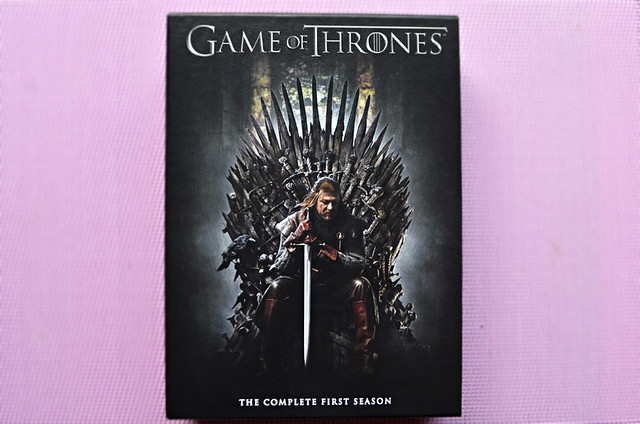 New trends pass us by
Depending on whether or not you buy into UK TV when you’re here, and we don’t, you might find yourself in a cultural Black Hole. And whilst I’m perfectly happy that I wouldn’t recognise most so-called celebs if they sat next to me on the bus (who is Kim Kardashian?), and have no idea who’s in the finals of The Great British Bake-Off or Strictly Come Dancing, I am bothered about missing cultural, music and foodie trends, and we have to rely on research, family and friends to keep us in the cultural loop.

Best bits of living on Tenerife 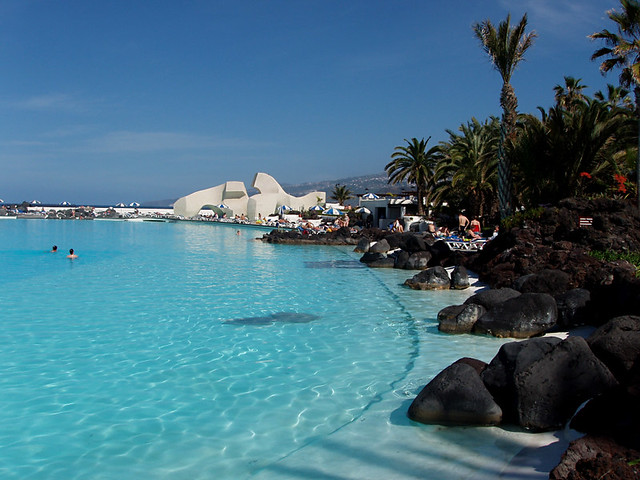 The weather
Coming from the UK, you never really get used to knowing you are going to have at least six months of summer heat and probably more like eight. Here in the north we’re lucky enough to also get a half decent amount of rain a couple of months a year, so we get the best of all worlds, great summers, spring-like winters and lush landscapes.

It rarely gets really cold, even in winter. You’ll never see a ground frost at coastal level, and even in January and February, we still have mainly sunny, sunbathing days. What that also means is that you have almost zero heating bills which makes a huge difference to the cost of living here.

Space
You don’t have to travel far on Tenerife to find yourself in the midst of stunning landscapes with wide open spaces all around you. We complain constantly that Tenerife is allowing itself to become over developed but there is still lots of room to breathe and vast areas where you can walk for hours without seeing another soul or hearing the sound of a road.

When screen time has been clocking up, the only salvation for us is to pull on the hiking boots and head for the hills to remind ourselves that there’s still a lot of unspoilt beauty on this island…for now. 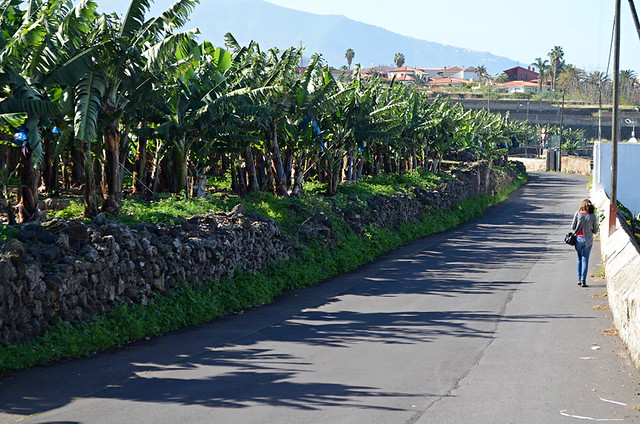 Safety
I don’t think you can put too high a price on being able to walk down the street and feel completely safe, regardless of whether you’re a woman on her own, you’re in the middle of the town or the middle of nowhere, and no matter what time of day or night it is. I have never felt anything other than completely safe on this island.

Crime is not non-existent but it’s mainly petty theft, and the closest we’ve ever seen to civil unrest (not wishing to tempt providence in any way!) was at the Tenerife vs Las Palmas football fixture and involved a cuddly toy being set alight. Long may it continue to be so.

Friendly
Tenerife Amable may have been a marketing campaign but it also happens to be true. No matter how annoying the Tinerfeños can be (and they can be annoying, like when they’re cutting you up in the car, or taking forever to complete the most minor transaction at the Correos or the supermarket, or talking incessantly on the phone when they’re supposed to be serving you) one flash of that genuine smile and you’re completely disarmed. Smiling is their default expression and it’s a lovely thing to have around you. 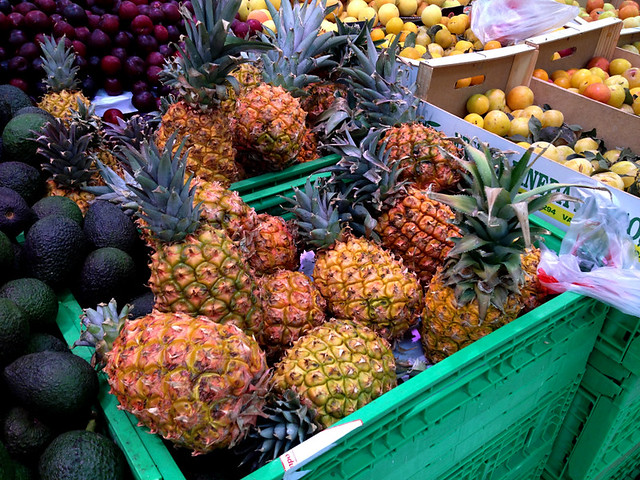 Fresh produce
Supermarket shelves are brimming with loose fruit and vegetables, a tide of varying sizes, colours and shapes that ebbs and flows with different varieties according to the season.

The range of tropical fruits is giddy-inducing at times and we have fresh, exotic varieties at our fingertips for very little money. Every decent supermarket also has a comprehensive fishmongers with a bewildering assortment of freshly caught fish and seafood. The meat counters have entire skinned rabbits and piglets alongside more familiar cuts of beef, pork and lamb. To sanitized UK shopper eyes, it’s not always what you want to see but it’s honest and real and fresh and local.