A question we’re asked regularly  is along the lines of “we’re staying in Costa Adeje, can you recommend some authentic tapas bars there?” It’s not always Costa Adeje, sometimes it might be Golf del Sur, or Costa del Silencio or somewhere of a similar ilk.

It’s a question I feel awkward answering as I don’t want to sound like I’m trying to put a dampener on anyone’s holiday. But if I was being totally honest, the simple answer would be “you won’t.” 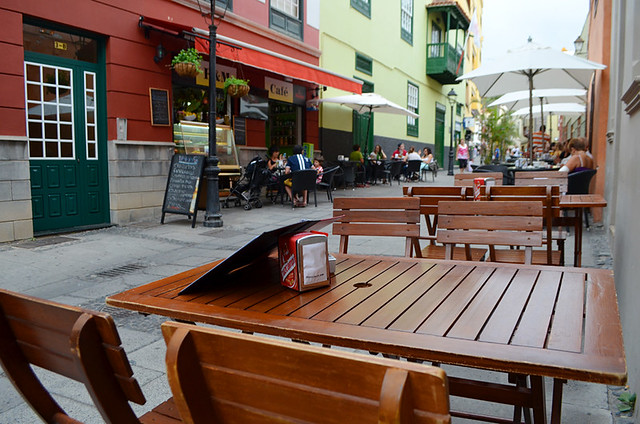 Over the years we’ve taken my sister on various rutas de tapas on Tenerife which she enjoyed immensely. On holiday on Gran Canaria, she wanted to take a friend on a tapas route there. There were ones taking place on the island at the time, but not where she was staying for the same reason you won’t find an authentic tapas bar in Costa Adeje. She was in a purpose built resort.

Recent questions got me thinking the way resorts are sometimes portrayed on social media and in marketing these days, visitors might not always be able to tell whether they’ve chosen to stay in a purpose built resort or not. One example which springs to mind was a travel company describing Playa Paraiso as a traditional fishing village. Anyone who knows the resort will know how misleading that description is.

There are clear differences between traditional towns and purpose built resorts on Tenerife which are obvious when you know what to look for. Here are ten of them. 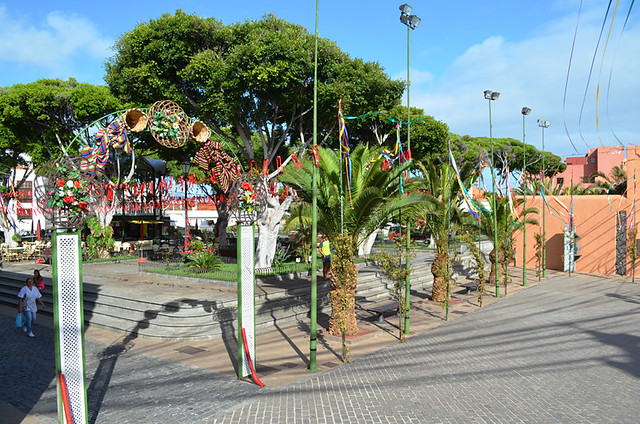 In traditional towns the plaza is usually the hub of town life. Local families gather in plazas and fiestas tend to take place around these bustling squares. There’s a buzz which is infectious. Watching locals socialise around Plaza del Charco was one of the things which attracted us to Puerto de la Cruz.

The people around you 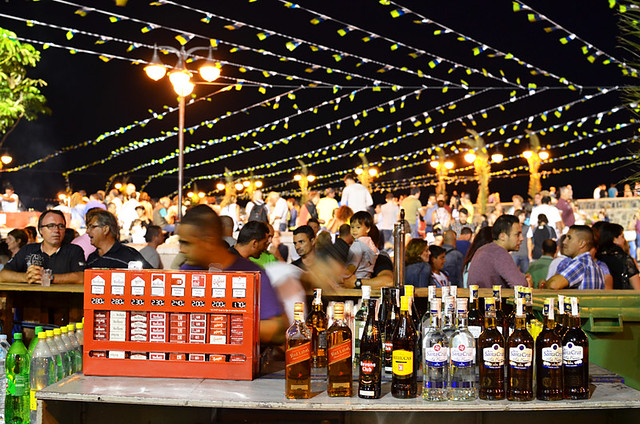 If everyone around you is speaking English then it’s likely you’re in a purpose built resort. If they’re speaking Spanish then…
In some places you find a mix of different languages. These are usually places which started life as a town and have evolved into a popular holiday destination. But even in these, especially in the traditional towns which have existed for centuries, Spanish should dominate. 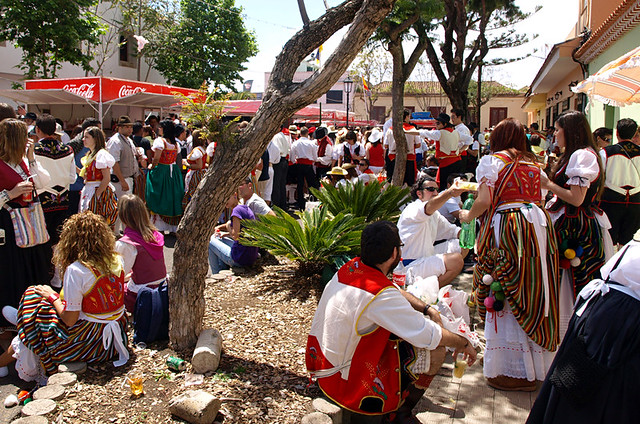 Even in the smallest traditional pueblo there are lots of fiestas over the course of a year. Fiestas are very much part of local life, so you don’t find them in purpose built resort areas. Sometimes fiesta-like events are arranged to bring Canarian traditions to popular resorts, but these aren’t the same thing and are more like bigger versions of the cultural shows that hotels have on their entertainment programme. 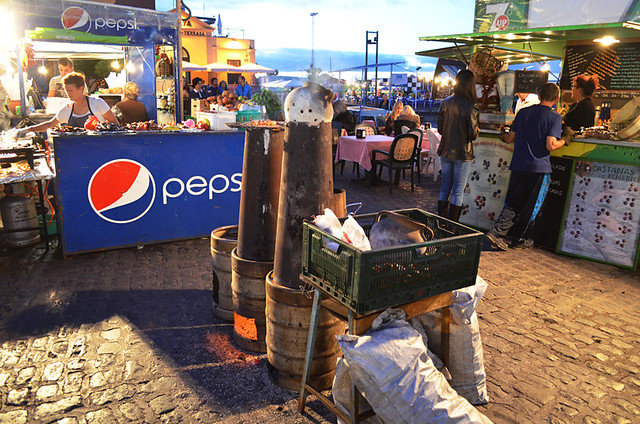 More difficult to spot in summer when just about everyone is in shorts and tee-shirts. In winter months when some folk around you are wearing woollies and boots and it’s 23C you know you’re in a traditional town. 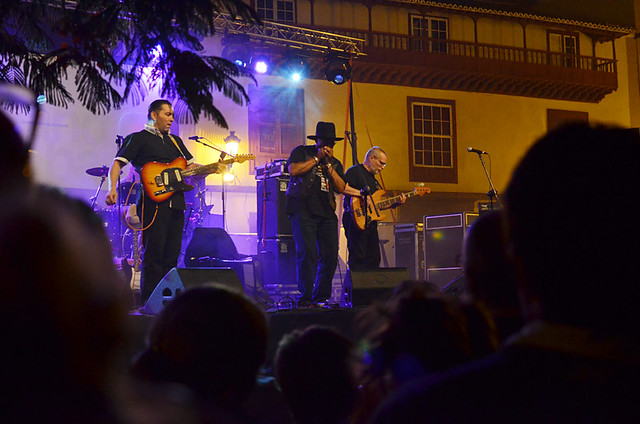 As well as fiestas, traditional towns have a range of cultural events throughout the year – music festivals, plays, ballet etc. Even quite small traditional Tenerife towns have a theatre/cultural centre. There can also be art galleries and a museum or two. 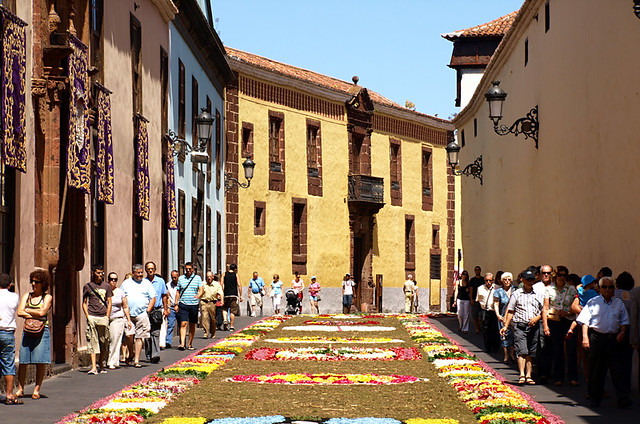 The buildings around you are one of the easiest ways to tell if somewhere is traditional or not. Like everywhere else, population growth means there’s a homogeneous element to architecture in the newer parts of both towns and resorts. But Tenerife’s traditional towns have historic centres where you’ll find a mix of quite grand colonial town houses, charming cottages and old churches. 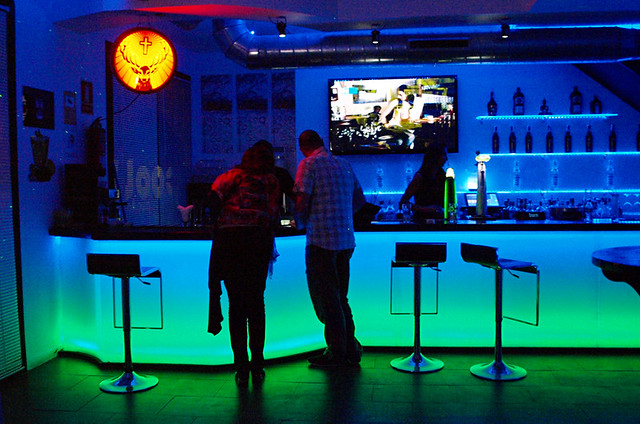 One of the fun things about purpose built resorts is that there’s no gloomy Monday feeling, every night feels like Saturday night. Not so in traditional towns where the nightlife moves to a local beat and the weekend actually feels like the weekend. We’ve spent many a Monday/Tuesday night in traditional areas with visiting friends in bars which were dead, saying “it’s a pity you weren’t here for a Saturday night.” 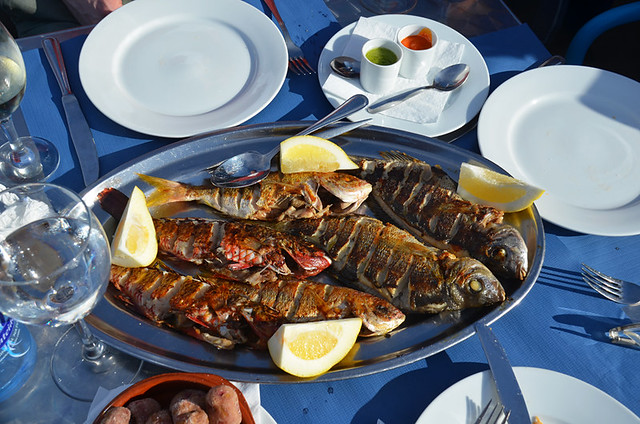 In traditional Tenerife towns Canarian restaurants dominate the gastronomic scene. There’s no need to seek online advice to find out where the authentic local restaurants are, the majority of restaurants will be authentic and feature variations of the same menu. More recently in the bigger traditional towns, younger chefs have given local dishes a modern facelift, but their menus still have their roots in Canarian gastronomy.

Opening hours of bars and restaurants 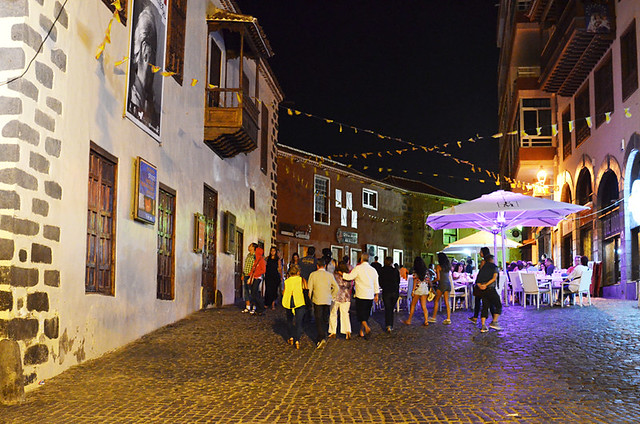 In some quieter resorts on Tenerife the bar scene winds down around midnight, in traditional areas it doesn’t hit its stride till midnight. This can apply to smaller traditional villages as much as the bigger ones. A couple of years ago in the hamlet of Chinamada in Anaga a poster advertising a dance in the tiny square advised it started at 11.30pm.
Similarly if restaurants close early, they’re aimed at predominantly visitors rather than locals. Recently in a resort in the south of Tenerife we felt like we were late lingerers at 9.30pm when what had been a packed restaurant had already emptied. A couple of years ago we rolled into a small town on El Hierro at 11.30pm because the ferry had been delayed and found places where we could have a full meal no problem.
There are anomalies, towns which were once traditional but which now exist for day-trippers. You don’t tend to find this on Tenerife where there’s a big local population and a culture of eating out regularly. But in Betancuria on Fuerteventura, for example, the historic town and its restaurants close when the day-trippers depart at around 5pm. 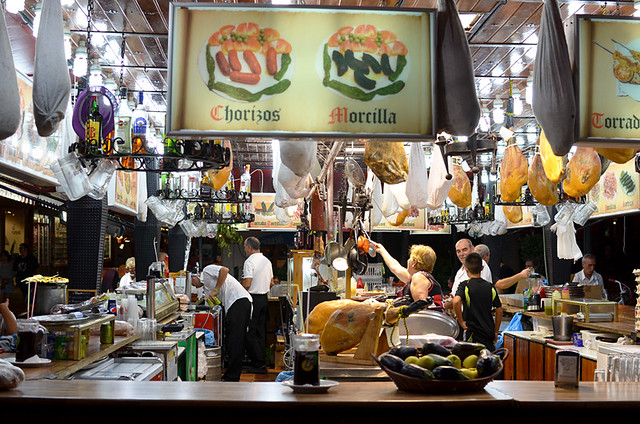 Finally there’s the question of authentic tapas bars. There are tapas restaurants to be found in purpose built resorts as well as traditional towns, but whether they’re authentic is down to personal opinion. These are what I see as being authentic places to eat tapas on Tenerife, and are relatively common in traditional towns and a rarity in resorts.

In the end, these qualities only matter if anyone specifically wants to stay in a traditional town rather than a resort. For anyone looking for a mix, there are towns which are also resorts which have all these ingredients and there are others where you can find some of the above but not all. Yet again, to find the place on Tenerife which suits personal preferences best then research is the essential key.

But don’t book a purpose built resort hoping for a choice of authentic tapas bars, that way only lies disappointment.