Anyone who follows our Real Tenerife facebook page will have already seen most, or all of these. But rather than just have the various letters of the alphabet scattered around social media, we felt it might be helpful to round them up and herd them into two, easy to read packages.

A couple of years ago A to Zs of travel destinations were all the rage so, even though I liked the idea, we kept away from doing one for Tenerife as, well, everybody seemed to be doing them. The trend has completely calmed down now so I feel it’s not being sheep-like anymore to start an A to Z of Tenerife featuring aspects of the island which are, hopefully, interesting to people. 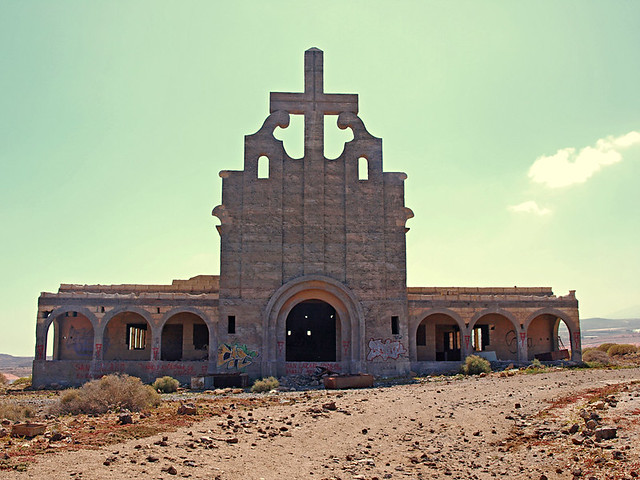 A is for Abades, specifically the curio that is the abandoned leper village that never was. Here’s a link to our article about Abades for anyone who doesn’t already know about it. 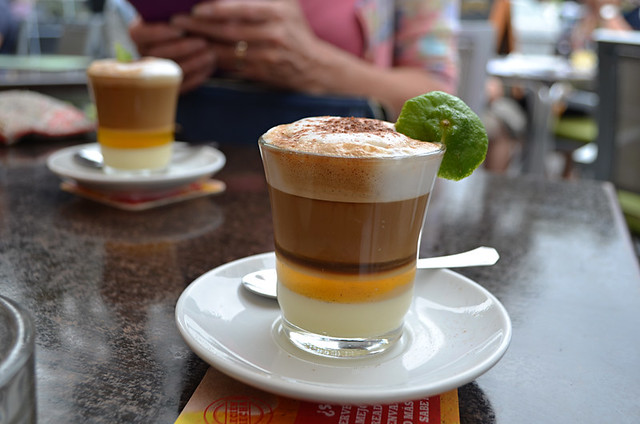 B is for barraquito. It’s one of the world’s great speciality coffees and was created in a bar in Tenerife’s capital Santa Cruz, allegedly on the instructions of a customer whose nickname was “El Barraco”. Generally, barraquitos are made with milk, condensed milk, coffee, and Liquor 43 with cinnamon and lemon/lime zest being essential accompaniments. That’s the simple version. There can be controversy over what is and what is a barraquito, with parts of the north having a different name for the drink pictured above. If you want to make sure there’s Liquor 43 in your barraquito it’s worth asking for a barraquito completo or barraquito especial. 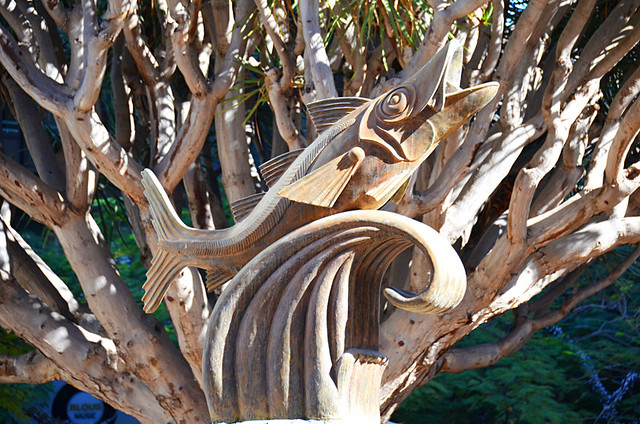 C is for chicharro. Chicharros are horse mackerels, a fish so abundant in the waters around Tenerife that it was cheap and therefore a staple of the poorer people who lived in Santa Cruz. It was consumed so much that residents of neighbouring La Laguna coined the name ‘Chicharreros’ for anyone who came from the capital. It was originally meant as a derogatory term, but has now been embraced by the people who live in the city; you’ll find sculptures and references to Chicharreros all around Santa Cruz. Although it was specifically intended for Santa Cruceros it’s now often used to describe anyone from Tenerife. 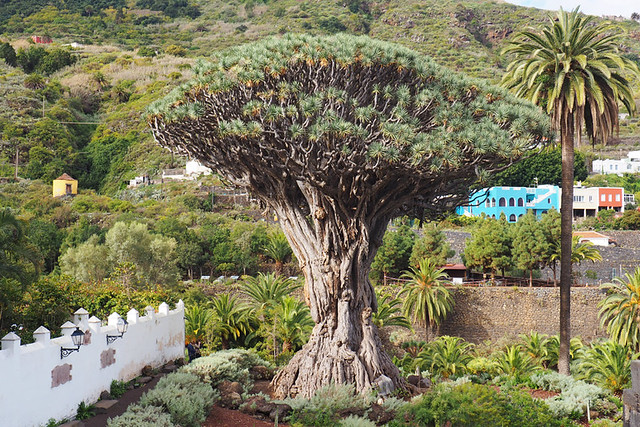 D is for the Drago tree. There is much debate surrounding the age of Icod’s magnificent ancient Dracaena draco. The generally accepted age is around 800 years. Whatever its age, the old Drago is a wonderful example of a tree whose past is shrouded in legend and mystery. Icod’s Drago gets all the attention, but there are many impressive dragos around Tenerife. In fact, we named one of our Real Tenerife driving routes Here be Dragos as there as so many of them along and above the north coast. Icod’s is the biggest on the island… now. There used to be a huge one in La Orotava which was said to have housed a family (there are prints to illustrate it), but it was blown down during a hurricane. 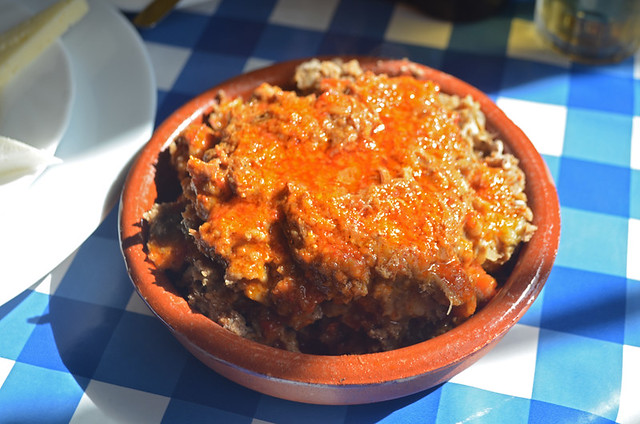 E is for escaldón de gofio. Gofio is a toasted flour which has been the source of cheap but filling food for the Canarios since before the conquistadors ever set foot on the Canary Islands. The classic way to try it is as escaldón, a thick paste made from gofio and stock. It’s one of those dishes which changes from restaurant to restaurant – sometimes smooth, sometimes chunky. It’s cheap and very, very filling. We usually introduce escaldón virgins to it at La Cueva in Anaga (the escaldón) with mixed results. Possibly the most authentically Canarian dish there is, you could say it’s an acquired taste. Read more about gofio here. 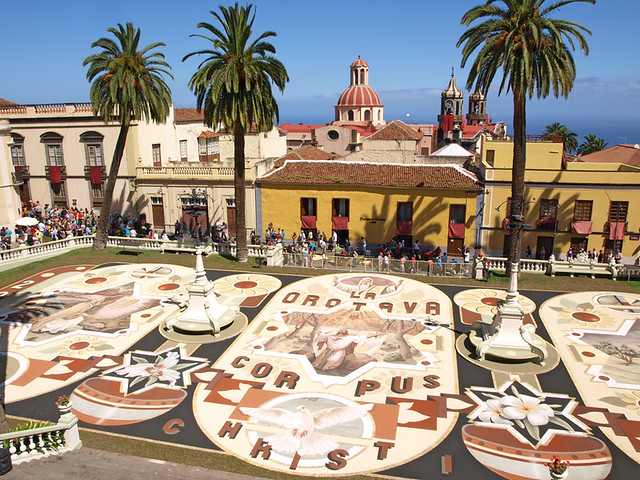 F is for fiestas and flower carpets. There are loads of flamboyant fiestas on Tenerife but the prettiest one is Corpus Christi in La Orotava when the old streets are decorated with flowers, carefully placed to create scenes which are either religious or involve social comment. The centrepiece isn’t made from flowers but from sand and soil from Teide National Park. The image changes yearly but it’s always a masterpiece whatever the content. One of the most fascinating aspects of the fiesta is watching the alfombristas (the carpet-layers) create this huge sand tapestry in the weeks running up to the big day. 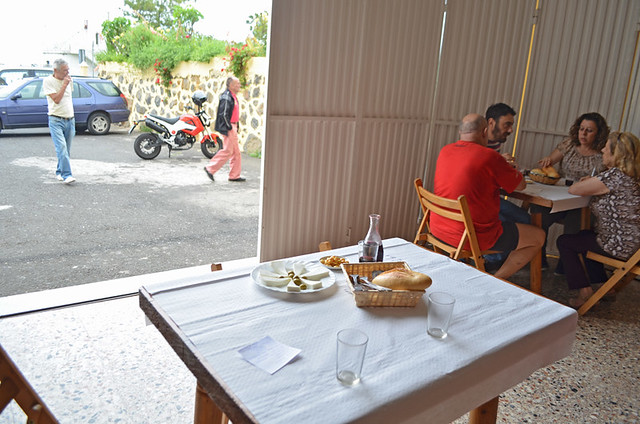 G is for guachinche. The most authentic Tinerfeño places to eat on Tenerife are guachinches (pronounced wah-cheenchays). These makeshift – the trendy travel writing term is pop-up – restaurants, mostly found along the hills above the north coast, have limited menus, sell their own wine, and can be located in garages and big sheds on allotments. As they’ve become better known, some restaurants on Tenerife have taken to use the name guachinche to try to make visitors believe they’ve eaten in an authentic guachinche. Even neighbouring island Gran Canaria has tried to create their own version, calling them bochinches. But, due to the reason they exist in the first place (see the link if you want to know more) they are historically unique to the north of Tenerife. If you’ve eaten in an authentic guachinche you’ll know it. 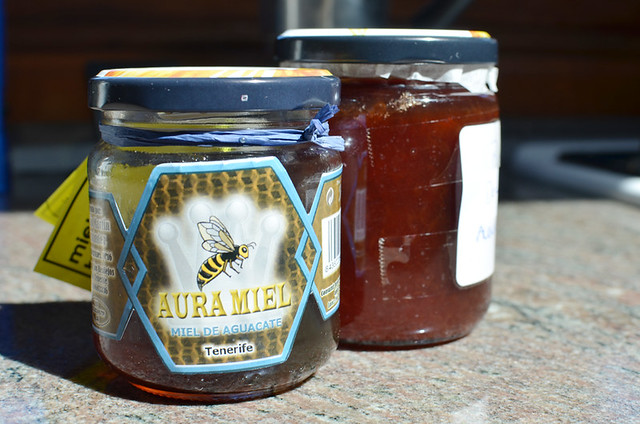 H is for honey. I could take or leave honey until I tried Tenerife’s. It was only after we interviewed the Director of the Casa de la Miel in El Sauzal that we realised just how big the honey cottage industry on Tenerife was, and how good the honey is. There’s an intriguing range of flavours as well, including avocado, tajinaste, and fennel honeys. After acquiring a taste for it we’re hooked on castaño – chestnut. Anyone whose walked extensively in Teide National Park may have seen signs in the park at certain times of the year, warnings that there are corchos (hives) in the area. Beekeepers move these ‘mobile homes’ around depending on where there are flowers in bloom. Here’s a link for more info about Tenerife’s honey. 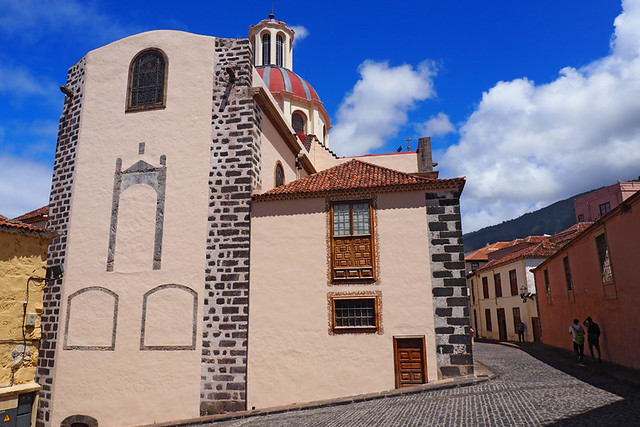 I is for Iglesia. For fans of historic architecture, there is a diverse range of interesting, and lovely-looking old churches and religious buildings to be found around Tenerife. Our favourites include the palm tree-fronted Conveto de San Francisco in Garachico, the snow white Iglesia de Nuestra Señora de La Luz in Los Silos, and the Iglesia de San Antonio de Padua with its iced gem tower in Granadilla de Abona. La Laguna is the theological centre of the island and subsequently the best place for exploring a number of churches/convents in the one location. But top for us is the Iglesia de la Concepción in La Orotava. This is a Tenerife iglesia which wouldn’t look out of place gracing a Florentine skyline. 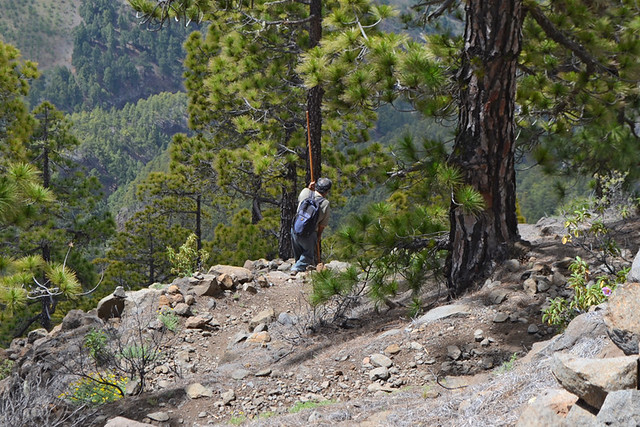 J is for Juego del Palo. Sometimes at traditional events you’ll see Canarios fighting with long sticks. This is juego del palo, basically a type of Canarian martial arts that dates back to the days of the Guanche when weapons were of the most basic variety – e.g. sticks and stones. Maybe more interesting is the general use of palos (sticks) in the Canary Islands. At agricultural events you’ll often see farmers with long sticks which have steel tips. These are used to control livestock and also for pole vaulting across small ravines – a practice called salto de pastor (the shepherd’s leap). Outside of exhibitions, we’ve only seen this done once for real in the countryside and that was the man in the picture. It was on La Palma and he was down that hill so quickly that this was the best shot I could get before he disappeared. 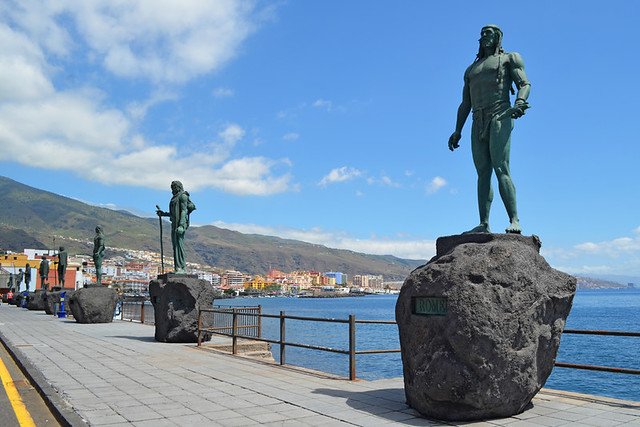 K is for kings. Not the ones bearing gold, frankincense and lots of sweeties at the Reyes Magos parades in January, but the noble Guanche ones who ruled Tenerife before a load of foreigners arrived and caused havoc. When Alonso Fernandez de Lugo began his conquest of the island it was split into nine kingdoms, each ruled by a Mencey (king). All nine can be seen together in Candelaria, but there are evocative statues commemorating the Guanche to be found all around Tenerife. One of our favourites is Mencey Bentor in Los Realejos (a feature on our Here Be Dragos driving route) who is an impressive figure in many ways. 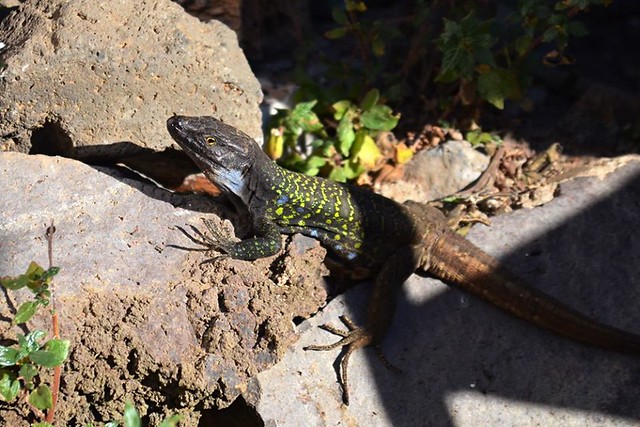 L is for lizards. This works in Spanish as well as the Spanish word for lizard is lagarto. There are various species of lizards, skinks, and geckos in the Canary Islands. These range from tiny creatures to ones classed as giant lizards (not Komodo dragon proportions but big enough). Their markings can vary from island to island, and even within individual islands. Our favourite is the male lagarto tizón (Gallotia galloti) on Tenerife (pictured), a quite colourful character. Lagartos can be very tame, too tame – in some places they’ll mug you for food given half the chance. They especially seem to like cheese. I’ve lost count of the number of times whilst hiking I’ve had to rescue my bocadillo con queso just before a lagarto wrapped its jaws around the filling. 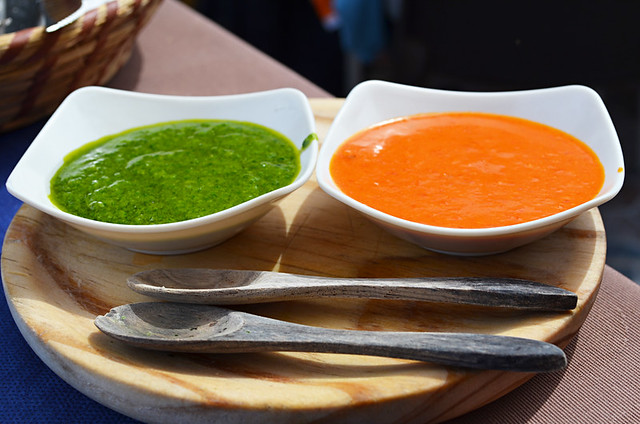 M is for Mojos. Of course it is. Even if someone who visits Tenerife never leaves the confines of their hotel they’ll still find it hard not to encounter mojo verde and mojo rojo at some point. Everyone knows there’s a red (mojo rojo) and a green (mojo verde) but there’s more to it than that. Just about every trad restaurant has their own versions. We know a restaurateur who claims to make the spiciest mojos in the Canaries (he’s not on Tenerife). Mojo rojo can be made with red peppers and with or without hot chillies, so some are spicy and others aren’t. Mojo verde can have coriander or parsley. Then there are others with tomatoes, or oregano… and so on. So, although the mojos you’re served in different restaurants might look the same they can have quite different ingredients. They say no two mojos taste the same.

The Best Fiestas, Festivals and Events on Tenerife in April 2015

Easter marks a change on Tenerife in many ways. Long term winter visitors depart these shores, spring perks the weather up and there seems to be more things happening… […]