With sunbathing temperatures across the island the norm for December  it can sometimes difficult to remember it is actually the festive season on Tenerife. In resort areas hotels do their best to inject a Christmassy atmosphere with some wonderful decorations whilst bars and restaurants have special Christmas and New Year menus and programmes. In traditional towns there’s no mistaking what month it is as there can be a full-on Xmas atmosphere with lots of festive events and streets lit up by beautiful Christmas lights.

The week prior to Christmas can be very low key before visitors to celebrate in the sun (hopefully) and the Canarios get into the festive spirit big time from Christmas Eve (Nochebuena). The party continues all the way through to Los Reyes Magos on 6 January. After that things calm down till the sales start… on the 7 January. 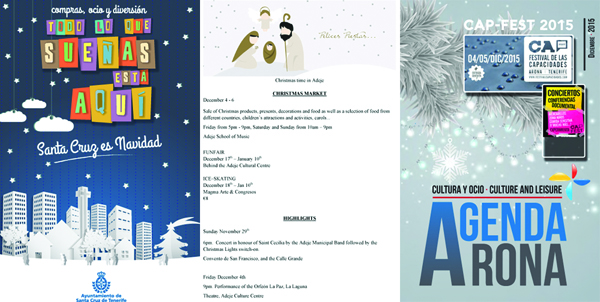 As always there’s a top musical at the Tenerife Auditorium in Santa Cruz, this year it’s Sister Act on 29 December.

Christmas and New Year, Santa Cruz
Santa Cruz has one of the most extensive Christmas programmes on Tenerife with events most days throughout the month and into January. There are Christmas concerts, markets, exhibitions, activities for children and nativity scenes (belénes) galore. A traditional highlight is the free Christmas Day concert by Tenerife Symphony Orchestra at the port. Here’s a link to the full agenda. It’s in Spanish but it’s still relatively easy to figure out if you can’t speak the language – i.e. concierto means concert… and so on. 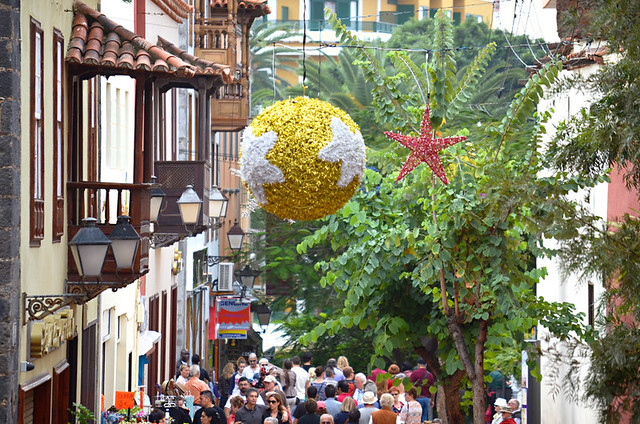 Christmas and New Year, Puerto de la Cruz
There’s usually a packed agenda throughout the month in Puerto de la Cruz with classical concerts, Christmas markets, belen exhibitions, parades including Los Reyes Magos, folklore concerts and the end of year party in Plaza del Charco. The current council haven’t been great at using the internet to send out information. Nearly 50 years of being a popular tourist destination, longer if you count the travellers before mass tourism kicked in, and they still haven’t grasped the importance of getting information out there early. We’ll post a link to the full agenda when they get round to publishing it.

Christmas and New Year, Adeje
A round of applause for Adeje who have their programme online early and in different languages. Adeje always has a decent Christmas programme with some of the best events taking place in Adeje Town and at La Caleta. This year they’ve even got ice skating. For Christmas concerts, markets and the Los Reyes Magos parade, Adeje Town is best whereas the end of year party at La Caleta is probably the best outdoor bash in the south of Tenerife. This year Siam Mall is a new venue with a Christmas concert taking place there on 19 December. Here’s the full agenda. 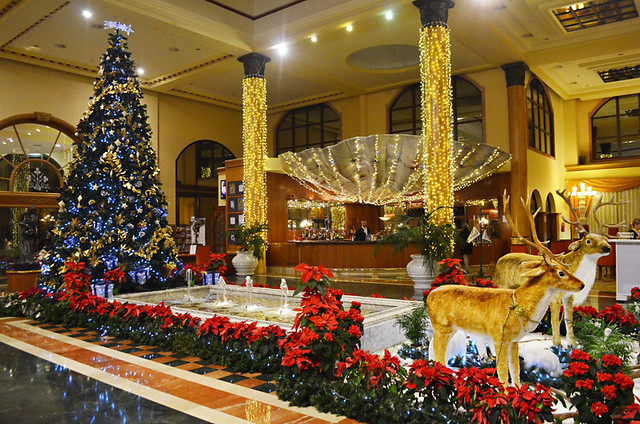 Christmas and New Year, Arona
Events in Arona are a bit spread out between the resorts (Los Cristianos and Playa de las Américas) and the municipality’s main towns in the hills but there are activities for children, concerts, the Moscow Ballet, markets and various events planned. Full Christmas programme here.

All of Tenerife’s municipalities have Christmas programmes planned involving the sort of events mentioned above to a lesser or greater degree. Some municipalities are on the ball at publishing their Xmas programmes, whereas others lag behind. Generally speaking, the more historic and bigger a town is, the more events there will be. La Orotava is one of our favourite places to visit this month as it exudes a festive atmosphere, especially at night. La Laguna is also worth a Christmas visit. Local tourist offices and cultural centres are best places to find full details about what’s on in your area. 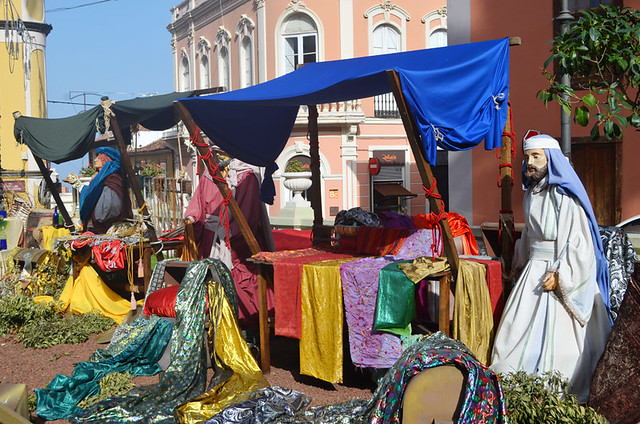