Carnival dominates the Tenerife scene this month. Northern towns and cities buzz with the anticipation of carnival as food stalls appear, stages are built, funfairs spring up and people burst into spontaneous salsa moves in the street.

In February carnival is everything, although there are still events for those who don’t fancy slipping into costume and letting their hair (wig obviously) down.

The best fiestas on Tenerife in February

Carnival on Tenerife
Although there are carnivals of various sizes in most traditional towns on Tenerife, we’re concentrating on the biggest and the carnivals that visitors show most interested in. The most historic carnivals are linked to Lent. With Easter being early this year, so is carnival. Once the north has had its fun, a couple of places in the south of Tenerife hold their carnivals, spilling over into March.

Santa Cruz throws the biggest carnival on Tenerife with Puerto de la Cruz comes second in the carnival stakes, attracting revellers from along the north coast.

Once the competitions and elections of carnival queens are over, the big carnivals tend to fall into two parts; parades and the street parties. The street parties take place most nights with Monday being a particularly lively night whereas the parades are spread over carnival week.

Carnival in Puerto de la Cruz is a more compact affair, focussing around the harbour and Plaza del Charco area. Most of the ingredients are the same but it does hold the most outrageous carnival event on the  island, the High Heels Drag Marathon.

Carnival Dates for Los Gigantes: 27 February to 2 March 2015
Details are still not available for specific events so these dates are based on patterns in previous years and so are provisional.
Election of the Carnival Queen: 27 February 9pm
Dia del Niño: 28 February, 9pm and Masked Ball from 11pm
Coso Apoteosis (closing parade): 1 March, 5pm
Burial of the Sardine: 2 February

Carnival Dates for Los Cristianos: 6 to 16 March 2015
It’s even more hazy with Los Cristianos regarding confirmation of specific dates. But if the pattern follows previous years for the two most popular events with visitors, the dates should be:-
Coso Apoteosis (closing parade): 15 March, 4pm
Burial of the Sardine: 16 March 8pm

For anyone not selling their soul to the carnival gods this month there are still a few other events that are less flamboyant.

The Seventh International Music Festival in Arona (various venues around Los Cristianos, till 21 February)
It’s not all karaoke and sound-alikes in Tenerife’s southern resorts. Los Cristianos goes classical in February with a series of concerts featuring local bands as well as international names from the USA, Brazil and Austria. Some concerts are free, others are only €3.

Aida (Auditorio de Tenerife, Santa Cruz; 3,5 and 7 March at 8.30pm, tickets from €20)
I’m including Franco Zeffirelli’s version of Verdi’s tale of love between an Ethiopian slave girl and an Egyptian warrior as it’s being performed at the start of March. 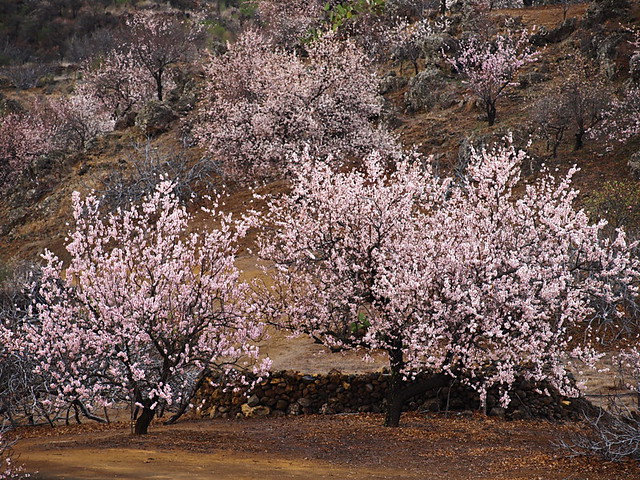 Foodie and other Events on Tenerife in February
Not an event as such, more something not to be missed. Early February should be the ideal time to see the island’s almond trees in bloom. Top spot is usually around Santiago del Teide.