In fiesta and festival terms, carnival still dominates in Tenerife during early March with some southern municipalities holding their versions now that the bigger northern carnivals are over.  Most are over by the end of the first week in March this year but the most popular carnival in the south, Los Cristianos, has yet to hit its stride.

Whilst there are still a lot of small events, concerts taking place, the effects of carnival mean that it’s quite a quiet month as far as interesting events go.

Carnival in Los Cristianos, Arona  (Theme – the home of the gods, Olympus)
From 6 to 16 March.
There are a few events connected to carnival in Los Cristianos these are the main ones but there are exhibitions and street parties as well.
Cabalgata (opening parade): 7 March, 7pm
Election of Carnival Queen: 12 March, 9.00pm
Election of Carnival Drag Queen: 13 March, 9.00pm
Coso Apoteosis (closing parade): 15 March, 4pm
Entierro de la Sardina (Burial of the Sardine): 16 March, 8pm 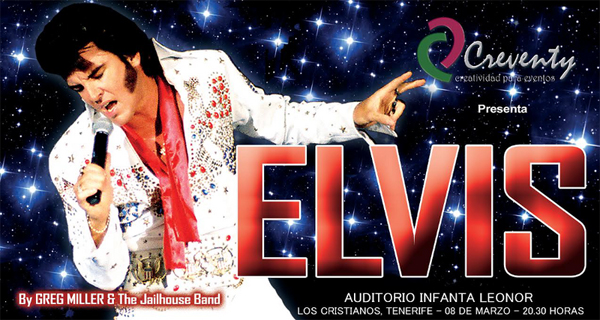 Music and Other Festivals on Tenerife in March

Aida (Auditorio de Tenerife, Santa Cruz; 3,5 and 7 March at 8.30pm, tickets from €20)
Franco Zeffirelli’s version of Verdi’s tale of love between an Ethiopian slave girl and an Egyptian warrior

Elvis (Los Cristianos, Auditoria Infanta Leonor, 8 March, 6pm, tickets €20)
There’s a kind of irony that Greg Miller, possibly the world’s best Elvis impersonator, is performing in an area of Tenerife whose music scene is well known for its various soundalikes. Will other Elvi turn up to watch, that’s what I want to know.

Third Amateur Theatre Festival (Adeje; Cultural Centre; 9pm, 6-26 March)
Three different performances over three Saturday nights ranging from the comedic to the musical Performances are in Spanish and tickets are normally around €5.

Foodie and other Events on Tenerife in March

Night of Tapas and Wine (Playa San Juan, 5 March, 7.30-11pm)
A good opportunity to pig out on tapas and vino in Playa San Juan. Tapas dishes are €1 or €2 whilst the wine is €1 a glass. There’s also live music and a DJ  so it sounds like a good night all round.

Taking a Break on Tenerife

It’s the beginning of July and the start of the Spanish holiday season. Lots of islanders will be taking a break. A few years ago I read a statistic which stated at least 33% of Canarios spent their holidays on a Canary Island. […]