May on Tenerife is one of the quietest months in tourist terms. In some places, like Puerto de la Cruz, some restaurants and bars take a few weeks holiday until tourist numbers start to rise again with the arrival of the Spanish mainlanders towards the end of June.

Ironically, considering it’s a quiet month in tourism terms, it’s also the Mes de Canarias which means that there is loads of events put on for the locals… which in turn means that there are treats in store for the discerning visitor who wants to experience the real Tenerife. 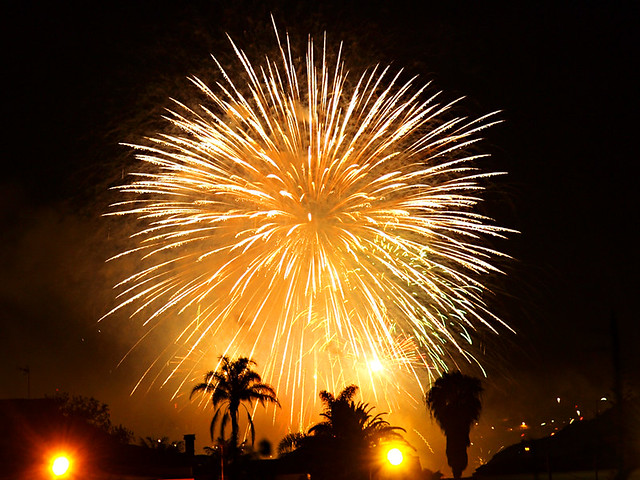 Fiestas de Mayo, Santa Cruz
Santa Cruz celebrates its founding in 1494 with a month long programme of free events in the city (exhibitions, dance, concerts, sports, markets, fiesta queens). Ironically, one of the quietest times of year for tourists is one of the best times to visit the city as there will be something interesting to see most days. He big concerts to look out for are the Son 21 concerts (Plaza Candelaria,9 & 10 May, 9pm) and the World of Bolero (Plaza Candelaria, 17 May, 9pm). See full programme here.

Fuegos de Mayo, Los Realejos
Los Realejos also parties all month… and into June with an equally packed programme of events. The crowd puller is the three hour firework display from 10pm (ish) on 3 May. This is the biggest and most spectacular display in the Canary Islands… or most places. See full programme here.

Look out for decorated crosses across the island on Saturday. The third of May is Dìa de la Cruz when crosses in Santa Cruz, Los Realejos and Puerto de la Cruz are tarted up to celebrate the founding of Santa Cruz.

Día de Canarias
The Día de Canarias is on 30 May when there is some sort of celebration/event linked to traditional life in the Canary Islands in most places.

Mueca, Art in the Street (Puerto de la Cruz, various places, 8 – 11 May)
Art, dance, theatre, music, robots, madness in the streets is back. Mueca is one of our favourite festivals on Tenerife. Puerto de la Cruz buzzes for four days (Friday and Saturday are best with over 20 different events each day) as the streets are transformed into a luvvies’ paradise . It’s like being in a surreal musical. Brilliant atmosphere that shows exactly why Puerto is often referred to as Tenerife’s sophisticated, cosmopolitan resort.

Red Mountain Jazz Festival (El Médano, 12 – 18 May)
What a cracker of a festival. Over 50 blues, jazz and soul artists and groups performing at 15 different free concerts in plazas and bars around the south of Tenerife’s coolest town. The biggest concert takes place 17 May between 7pm and 1am with five different groups performing in Plaza Roja followed by an after jazz party at Bar Goiter.

Vargas Blues Band (La Laguna, Teatro Leal, 2 May, 9pm, tickets from €8)
We saw these guys at the Santa Blues Festival a few years ago and they play some red hot blues. Definitely worth seeing. 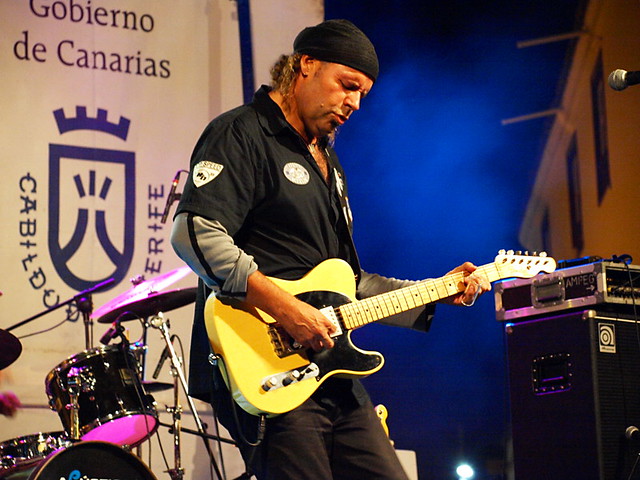 II Latino Festival (La Laguna, Plaza del Cristo, 31 May, 9pm, tickets €15 in advance €18 on the door)
It’s Latino fever in La Laguna at the end of the month with four sultry Latino groups turning the place into one big salsa master-class for the night.

International Jazz Week (La Laguna, Plaza Santo Domingo/Teatro Leal/ Rest. Ekade, 9-17 May, various times)
With thirteen concerts in three different venues, La Laguna is also jazzed up for May. People who don’t like jazz should maybe keep away from Tenerife this month.

Arona Jazz Festival (Los Cristianos, Plaza Iglesia, 3 May, 9pm)
It’s a jazzy month with Los Cristianos also getting in on the act with a small festival consisting of two groups, Big Band Jazz Tamos and A-Trio.

Artisan Fair (Adeje Town, Plaza España and Calle Grande, 17/18 May)
A chance to see local handicrafts and pick up some Tenerife goodies without having to travel too far from the southern resorts.

Exposaldo (Santa Cruz, Recinto Ferial, 8 to 12 May, 11am to 9pm, entrance €3)
Exposaldo is basically a big shopping fair with everything from flip flops to cars on sale at bargain (ish) prices. Quite interesting even if you don’t buy anything.

Comparing questions about Tenerife on Tripadvisor

Every so often we like taking a look at Tenerife’s Tripadvisor forum to compare the answers given to some questions we find interesting (ones that aren’t just standard resort queries) with the answers we would give. […]