September is the month of almost perfect weather (usually) on Tenerife when the sun is hot but not too hot and visibility is as sharp as a razor blade. I think of this as one of the Canarian months, that period between seasons when the Spanish mainlanders return home before the Northern Europeans arrive. There are plenty of events this month but many are in places visitors don’t normally spend a lot of time.

The Best Fiestas on Tenerife in September

Fiestas de Santísimo Cristo de los Dolores, Tacoronte (6 to 28 Sep)
Another northern town where not a lot apart from partying is going to happen this month. Some highlights are the turron and wine tasting event (6 sep, 9pm), Noche Blanco (12 Sep, 8pm), Fiesta del Arte (18 Sep, 9.30pm) and the Verbena and firework display (19 Sep, from 9.30pm).

Nuestra Señora de los Remedios, Tegueste (until 15 Sep)
Tegueste parties throughout September with parades, processions, fiesta queens, open air dances and music festivals and wine and mushroom routes. Monday the 7th should be a lot of fun with a giant paella – possibly for the parade of giant heads – and a battle of flowers before a wine fuelled concert (from 6pm). 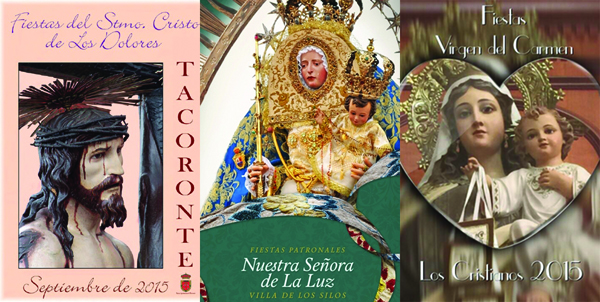 Fiestas Lustrales, Adeje (till 4 Oct)
There are still processions, sporting events and concerts in Adeje throughout the month and into October. For anyone staying in the Costa Adeje area who would like to see some local culture up close, ask at the nearest tourist office for more details.

Nuestra Señora de la Luz, Los Silos (until 20 Sep)
Normally tranquil Los Silos celebrates its fiestas patronales this month with the usual fiesta suspects and live music jazzing up the picturesque main plaza especially at the weekend during the month.

Fiesta del Carmen, Los Cristianos (until 7 Sep)
In most places the Virgen del Carmen had her annual sea trip a long time ago, in Los Cristianos it doesn’t happen until 8pm on Sunday, 6 September. It’s a popular event in the southern resort with open air dances taking place over the weekend.

Romeria de San Miguel, San Miguel de Abona (27 Sep)
One of the nicest towns in the south of Tenerife is a good place to be introduced to the world of Tenerife romerías (harvest festivals) and it’s not to far from the resort areas.

Romeria del Socorro, Guimar (7-8 Sep)
Once the end of the road, Guimar is now overlooked by many tourists, but it’s still a town with a strong tradition and an off the beaten track pace to see a romeria. 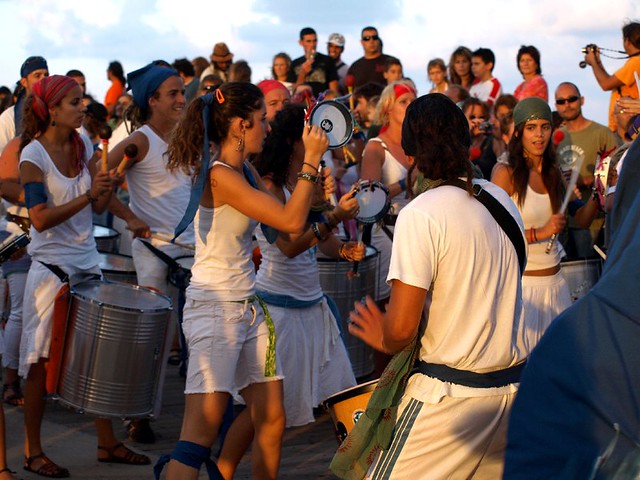 The Best Festivals and Music on Tenerife in September

Most of the best music fests take place as part of the fiestas in La Laguna, Tacoronte and Tegueste this month but there a few other interesting concerts taking place.

Festival Boreal, Los Silos (18 and 19 September)
This eco-festival is one of the more interesting festivals on the island with a great mix of music and art. This year the free festival is dedicated to a near(ish) neighbour, Cape Verde.

Foodie and other Events on Tenerife in September 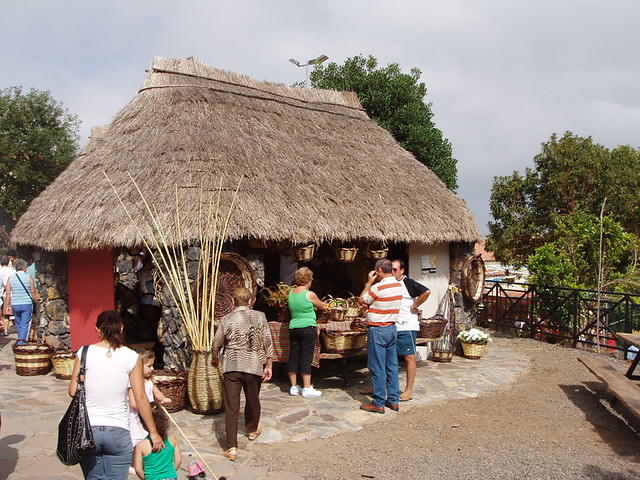 Pinolere, La Orotava (Ethnographic Museum, Pinolere, 4 to 6 Sep)
The best and most unique handicrafts as well as music, food stalls and kiosks and craft workshops as well as loads more. Wonderful setting and a fabulous atmosphere.

The difference between Tenerife’s southern and northern resorts

This week a handful of ‘signs’ online quite clearly led to the same topic – the difference between resorts in the south, predominantly the main southern trio of Los Cristianos, Playa de las Américas, and Costa Adeje compared with Puerto de la Cruz. […]