We’ve written before about Tenerife after dark and that to get to know a town, you have to experience what it’s like when the sun toddles off to bed. Places have a very different character when lit by street lamps rather than sunshine.

Nightlife isn’t necessarily a big factor for everyone when choosing where to stay but, if you’re like us, it’s good to know you’re not confined to barracks (hotel room) each night, unless a complete get-away-from-it-all experience is the objective.
We recently stayed in historic Betancuria,  once the capital of Fuerteventura. It’s a beautiful little town but after the daytrippers departed the only place left open was our rural hotel. 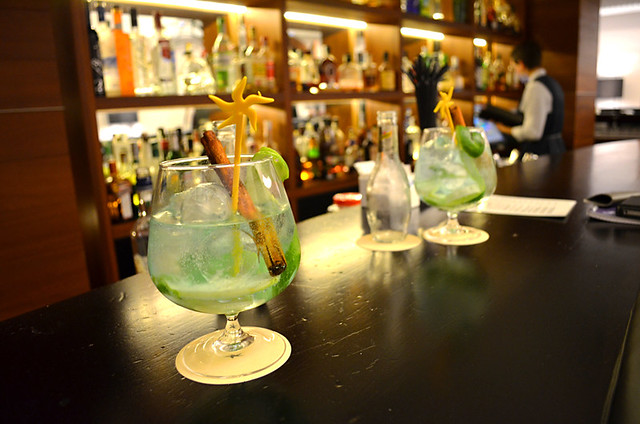 We’ve stayed, or had nights out, in 21 of Tenerife’s 31 municipalities; I couldn’t tell you how many actual towns/resorts we’ve researched bars in… well I could if I worked it out but that would just be sad.
Our experiences have varied wildly, ranging from being under canvas with not another soul around for miles to giving it big licks with holidaymakers in packed bars in Playa de las Americas.

Because of this diversity of potential experiences, it’s important to think about what happens after dark when deciding where to stay on Tenerife.

Here’s a rough guide to the sort of nightlife, or lack of, you can expect across the island. 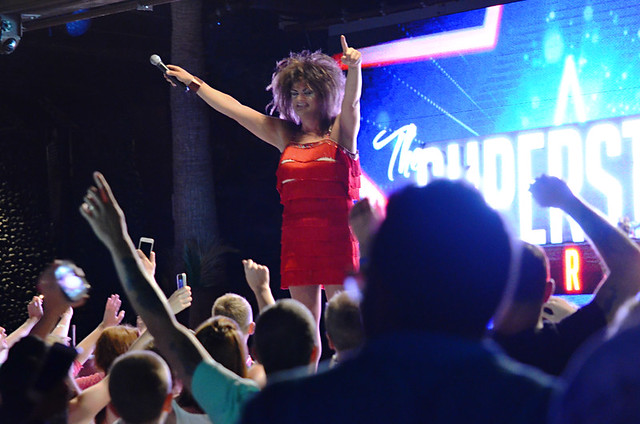 Nightlife in Southern Resorts
By the very fact a place is a resort means that there’s going to be after dark action of some sort, but even this varies. Playa de las Américas is often hailed as the nightlife capital of Tenerife. There’s no arguing with that, but it is nightlife aimed squarely at visitors, so not the centre of nightlife for Canarios. To give an example of what I mean. The TEAs are being held as I write. TEA stands for Tenerife Entertainment Awards. It’s an ironic title as you’ll struggle to find many Canarian artists or anyone who performs outside of the main resort areas included in the list of nominees.
But Las Américas is perfect for anyone looking for a fun holiday entertainment scene. Veronica’s caters for the younger end of the holiday market, whilst places like The Patch and Parque La Paz have bars with live music aimed at a wider age range. Also on the rise are chic chill-out bars. 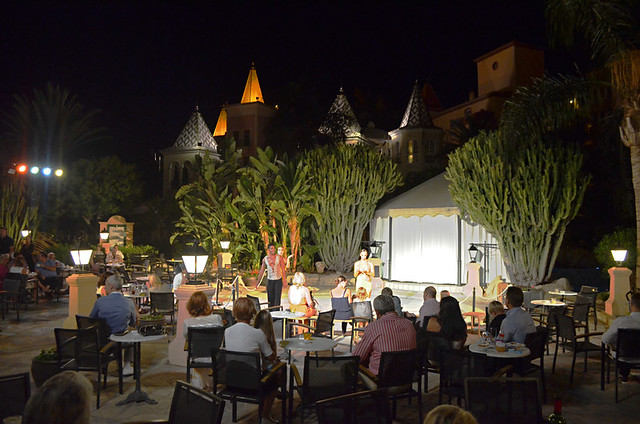 Bookending Las Américas are Costa Adeje and Los Cristianos. Los Cristianos is more compact whereas Costa Adeje has spread to become the biggest resort on Tenerife with multiple personalities  – some parts are lively, with others you’ve got a trek on your hands before you can find the nightlife. 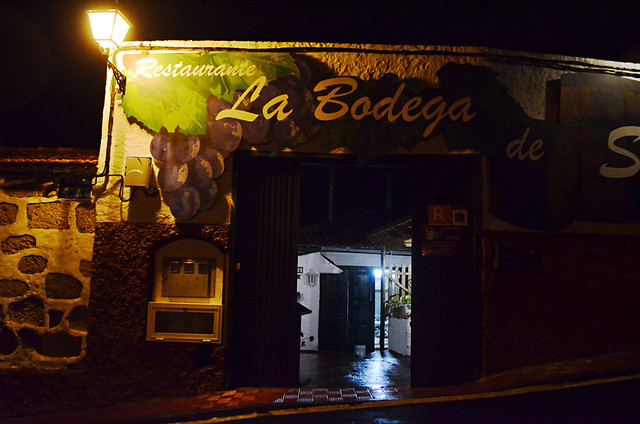 Nightlife in Southern Hill Towns
There are some great rural hotels and accommodation in Tenerife’s southern hills, the centres of local population until mass tourism changed things. There are also some very good restaurants, especially in places like San Miguel de Abona. There isn’t what you’d call lively nightlife as such. We’ve had some good nights in various hill towns in southern parts, but the bar scene is very localised and there can be such a thing as too authentic for some people. For anyone wanting a real Tenerife experience, they’re perfect.

Nightlife in Northern Resorts
There is only one sizeable northern resort and that’s Puerto de la Cruz. I’m not forgetting Bajamar/Punta de Hidalgo, but a shortage of hotels means neither are really resorts in the conventional sense.
Being a town first and a resort second gives Puerto de la Cruz a different personality from other resorts on Tenerife. There are a couple of bars aimed at British visitors, there are a couple of bars aimed at German visitors and there are a couple of bars aimed at Scandinavian visitors. The liveliest places exist to feed the socialising needs of the Canario population. There’s a parallel universe thing going on in Puerto. Long time visitors talk about the nightlife being low key, but that’s because they tend to keep British hours and don’t frequent the bars the younger locals do. These bars don’t really get going until near the midnight hour. 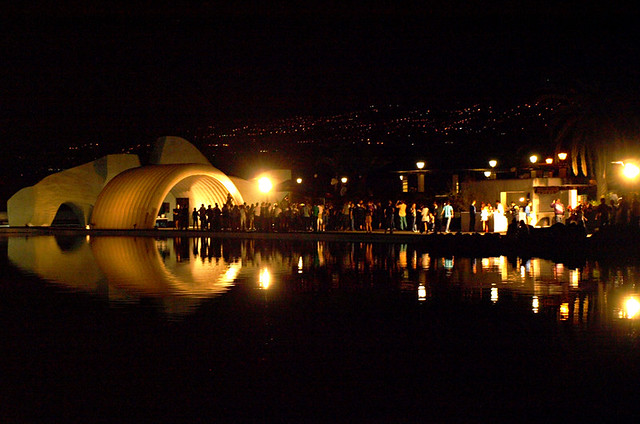 It’s good for a local vibe but Puerto de la Cruz can be stuck in its traditional ways. A local DJ, who plays all over the island, told us recently about playing a gig in Puerto. All the locals wanted to hear was reggaeton or Latino. It’s novel if you only hear Latino music now and again, but when you live here and have more international tastes the same music all of the time can become a tad boring. Thankfully there are often alternative interludes.

Nightlife in Northern Hill Towns
Northern hill towns are quite different from their southern counterparts. Historically they’ve had greater populations so most have more of a bustle to them. There are usually quite sophisticated bars to be found somewhere in the main northern towns and places like La Orotava have a healthy bar scene that wouldn’t be too intimidating for most adventurous visitors. They can be good choices for people who want authentic Tenerife but not one which is comatose quiet. The downside is that some towns may be too urban in appearance for some visitors. 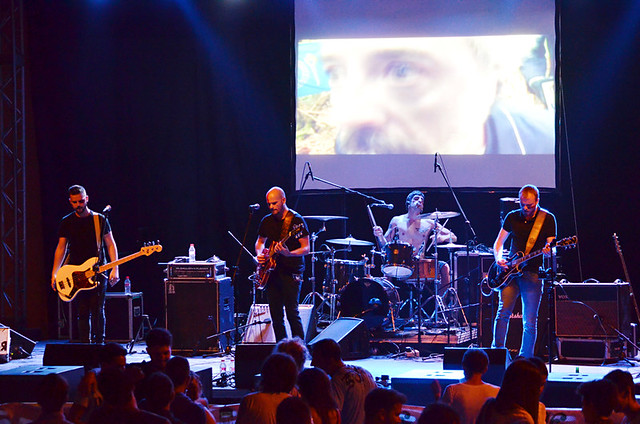 Nightlife in Isla Baja
I’m giving Isla Baja a section all to itself as it is a bit different from everywhere else. It boasts some of the prettiest towns on Tenerife (Garachico, Los Silos), has our favourite boutique hotels and some of the quirkiest festivals you’ll find on the island. We’ve seen a batucada band under the skeleton of a whale, listened to storytellers telling tall tales in the shade of trees full of giant spider webs and watched a punk band smash their guitars on stage whilst leather-clad Hell’s Angels downed Doradas beside their gleaming Harleys. Most of the time the towns in Isla Baja are tranquil places after dark. 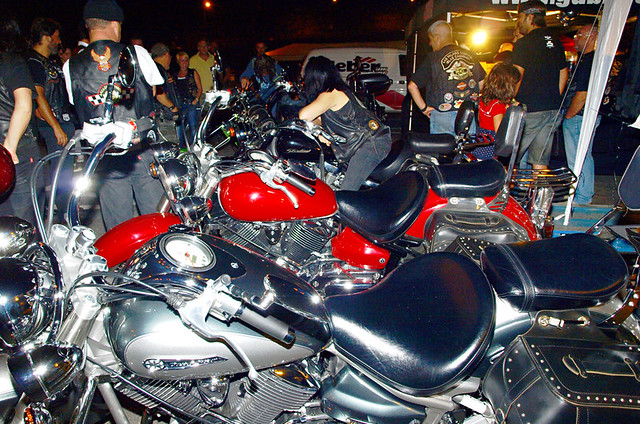 Nightlife in the Cities
Cities offer a very different scene. The nightlife in both La Laguna and Santa Cruz is designed for Canarian tastes. But it is quite diverse and includes bustling bars where the action takes places on the pavements of historical streets, classically cultural venues, sleek modern clubs and dimly lit backstreet bars. In both cities you have to know where the action is. In La Laguna the old city might seem quiet whereas the area with bars aimed at the student population bounces. In Santa Cruz it can be similar, with lively pockets in a few different areas of the city. The Noria district is a good intro to the nocturnal scene before heading to Avenida Anaga or some of the side streets. 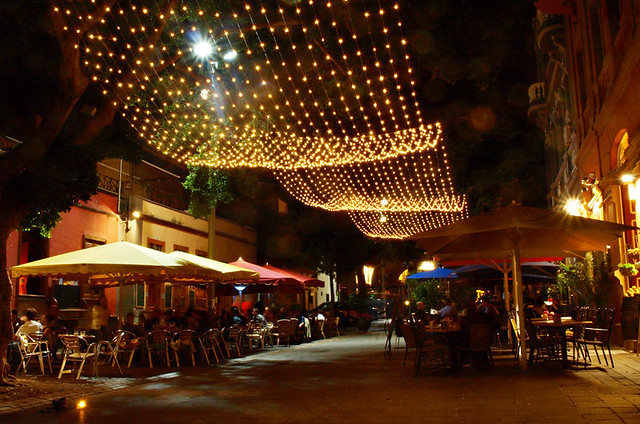 There’s far more to nightlife on Tenerife than what’s going on in Playa de las Américas.