Lying in a sarcophagus in the Convento de Santa Catalina in La Laguna is the 284 year old body of a nun, and one day a year on the 15th February, thousands of people wait in line to see it. This is the body of Sister María de Jesús de León y Delgado. Not the bones, not the skeleton, but the body, more perfectly preserved than any Guanche mummy. Except that this body has not been preserved in anything, merely laid to rest. 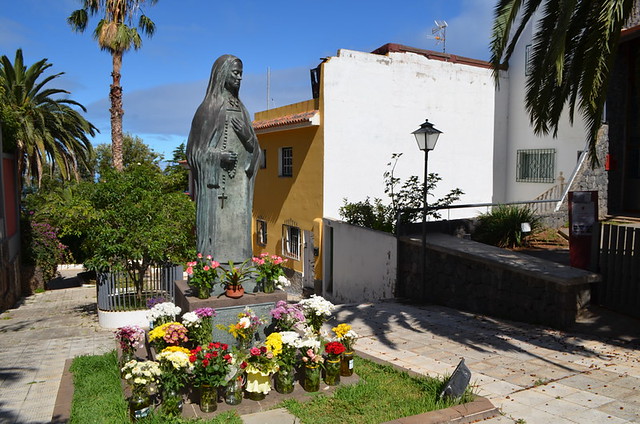 Born in El Sauzal on the 23rd March 1643, Sister María joined the Dominican convent as a lay nun at the age of 25 years and led a pious life of humility and prayer, never once leaving the confines of the convent from the day she joined until her death at the age of 87 years. Known by all as La Siervita de Diós (the little servant of God), during her long life, many miracles were attributed to Sister María, including instances of levitation, ecstasy during which light would be seen emanating from her face, and the ability to bilocate, to be in two locations simultaneously.

One story tells of a friendship that Sister María developed with the pirate Amaro Pargo, brother of the lay nun with whom María shared a cell. Pargo claims that he was assaulted by an attacker in Cuba and at the exact moment that he was about to get a dagger plunged into him, Sister María appeared between him and his attacker, stopping the blow and saving his life.

In total, 1251 miracles are attributed to Sister María during her lifetime. But none of those are the reason why so many people now travel from across the world to see her when, on the annual anniversary of her death, her body is exhibited in its glass coffin for pilgrims to file past. 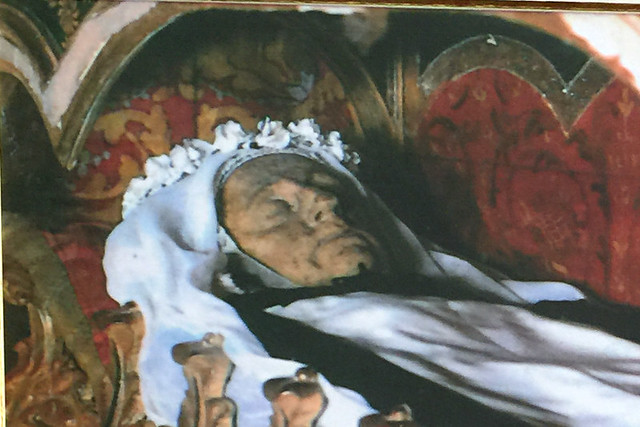 When she died, Sister María was laid to rest in a pauper’s coffin. Three years later, the corpse was exhumed in order to be placed in a better coffin. On opening the lid, the body was found not to have deteriorated at all in the years it had been buried. The new, glass covered coffin into which the uncorrupted body was placed, was a gift from Amaro Pargo.

Almost three centuries later, the body of Sister María has still not decayed and has lain in the convent in which she had remained confined for 63 years of her life. This year, between 10am and 5pm on the 15th February, a staggering 71,000 people filed past the coffin. As the number of pilgrims grows annually, Sister María’s body is now taken out for a second time the following Sunday. Believers have been trying to get Sister María de Jesús de León y Delgado canonised since the 19th century without success. But her case was reopened by the Vatican in 1992 and is currently still ‘pending’. 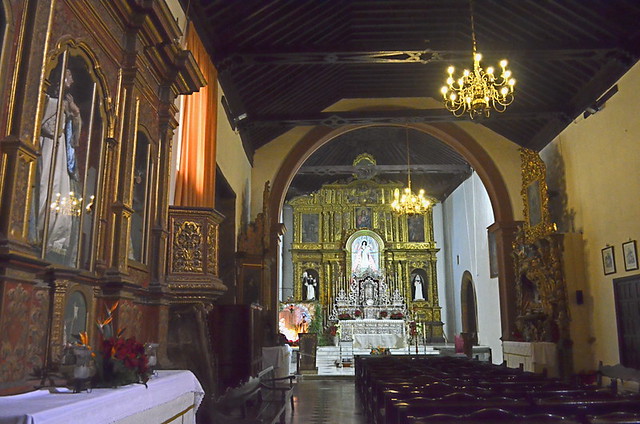 You can see the tomb of Sister María in the Convento de Santa Catalina in the UNESCO World Heritage site of La Laguna but if you want to see her actual body, you may find yourself in a very long line.