After walking around Garachico all day, it was quite a surprise to return to the online world to find photographs of a newly opened Paseo San Telmo in Puerto de la Cruz. 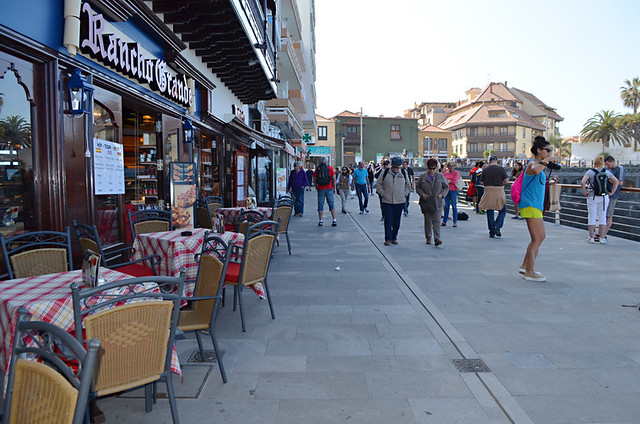 The surprise was due to the fact that we had walked or, more accurately, shuffled (thanks to the metal fencing creating a single file passage) along Paseo San Telmo two nights previously and it didn’t look anything like ready.

There were only two possible explanations. The people working on San Telmo had gone into construction super hero mode and performed a building miracle in the space of a day and a half.

Or, there was a bit of spin going on. 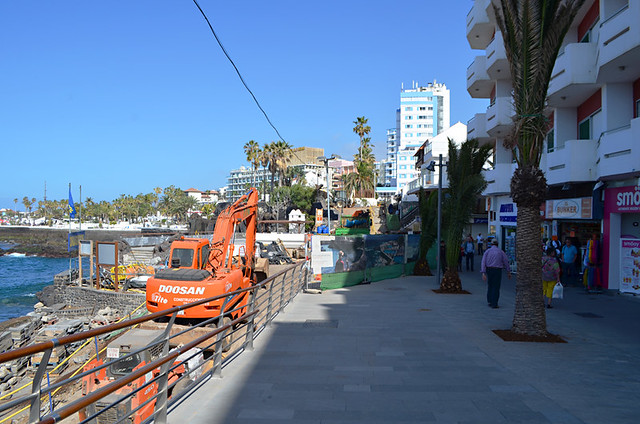 The San Telmo project has been a controversial one. Misguided controversy in my opinion. Despite asking specific questions (we’d support any campaign that fought against destruction of local heritage) I’ve not read or heard anything that has convinced me otherwise. From a purely objective viewpoint it simply seemed to make a lot of sense to improve an area that was a dated eyesore (by dated I’m referring to a bland 1970s look not a quaintly charming 1870s one).

Ironically, the sources that complained about the impact of the work to improve San Telmo on local business, helped pile on the pain for the same local business by causing long delays to the work through attempts to save the wall by going through the courts. 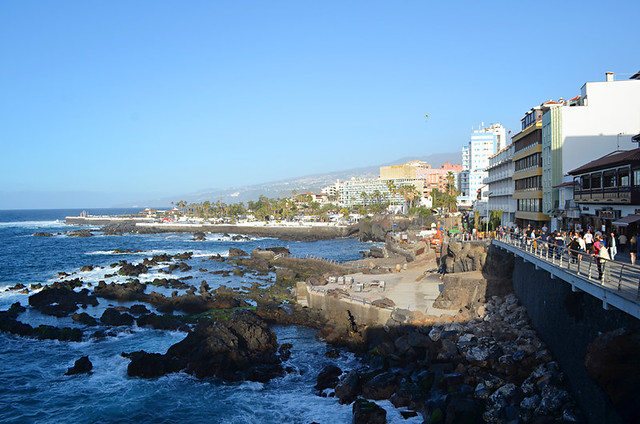 Is it or isn’t it?
On a warm and sunny Sunday afternoon we took a stroll along the new San Telmo promenade. Almost immediately two things were obvious.

As we thought, it isn’t finished. The San Telmo beach area still requires quite a bit of work as does the area of the promenade around the little church. The photographs used to accompany press reports of the opening were, let’s say, selective in which parts they showed.

The opening was a bit of PR. It’s no surprise. There have been a few similar cases around Tenerife in the last couple of weeks – theme parks announced; a visitor centre officially opened… and then closed after the press had departed; tunnels on the Santiago del Teide/Guia de Isora ring road to be opened at the end of the month despite mysterious cracks being found near one, and the Barranco del Infierno to open again in April after being closed for six years. 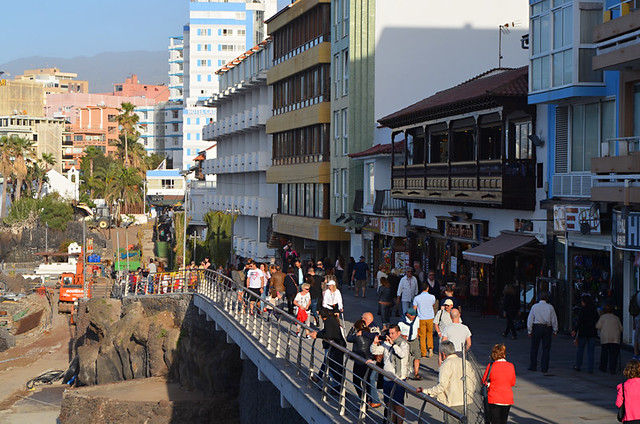 There are elections coming up and suddenly projects are being completed… even when they aren’t.

On a more positive note
However, despite the fact that there’s still a little way to go before the San Telmo project is finished, I think it was the right decision to open the section that is almost complete.

It has transformed the promenade. It is already looking fabulous and feels more open to the sea – which was part of the plan. The views have opened up. It looks stylish and modern but in a way that compliments the seafront. Instead of shabby, tired and uninviting, the promenade is now a place  you’d want to spend time on. 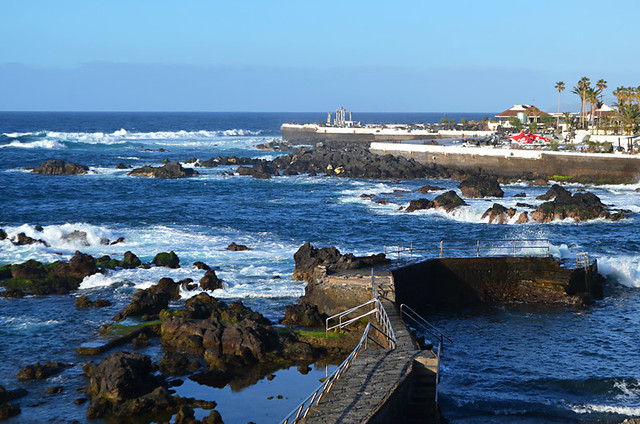 It looks and feels like a completely different place.

There was a noticeable change in the atmosphere along a section that used to be an irritating bottleneck. There was a happy buzz about the place. People stopped to chat to friends, posed for photos or leaned on the railings to enjoy the ‘new’ view. These people were mainly Canarios enjoying their Sunday promenade. 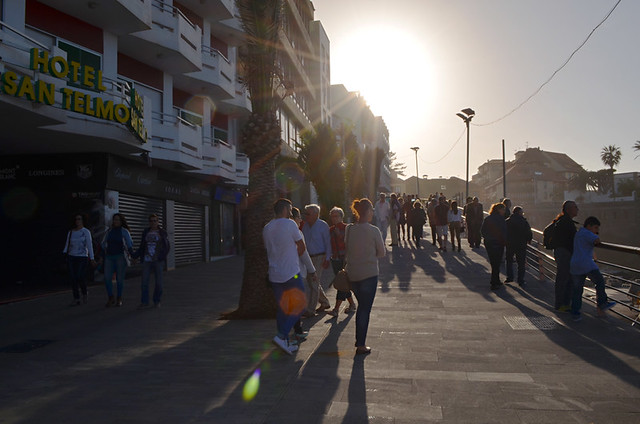 They certainly didn’t look like people who were mourning the loss of a wall.

The San Telmo promenade is looking good. When it’s finished it will look stunning.

Birdwatching on Tenerife Part 2, Birds in the Wild

We hear and see buzzards in the Tenerife hills in the north and north west all the time, circling lazily high in the sky and too far away to get a decent shot… […]