I wonder how many people give a second glance to the mustard-coloured old cottage opposite the Botanical Gardens on the outskirts of Puerto de la Cruz?

Although the road bringing most visitors to Puerto runs right past Casa El Viejito, not many will pass it on foot. The few folk who do register the old casa might casually wonder what it is. Bright red Coca Cola signs suggest it could be a bar or cafe, but as the old wooden doors are usually shut that’s as much a clue as passers by get. 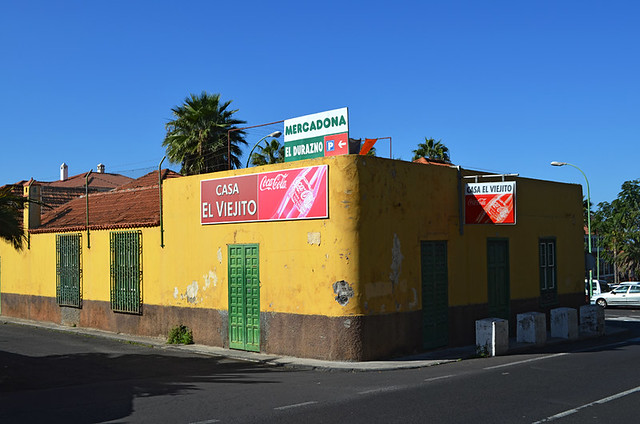 Until our first carnival in Puerto de la Cruz we assumed the place had long since been closed and barely looked at it whenever we passed in daylight hours.

Walking into Puerto de la Cruz at close to midnight for a carnival street party showed El Viejito in a surprising new light. The green doors were open revealing various alcoholic beverages randomly scattered on dusty looking shelves. In front of them an old man leaned on a wide counter – it looked like an off licence from a bygone era. Outside, a gaggle of ghouls and vampires clutched their cargoes (what a Glaswegian friend called carrier bags filled with booze). In the car park at the side was a bigger collection of assorted monsters enjoying a pre-carnival drink – a mini botellón.

The off-licence which was always closed during the day, seemed to only open its doors when everywhere else was closed. It turned out Casa El Viejito was somewhat of a local institution, keeping revellers stocked up with booze since there was a popular club in the area in the late 1970s. I’m guessing the décor hasn’t changed since the days the owner’s parents leaned on that musty counter. 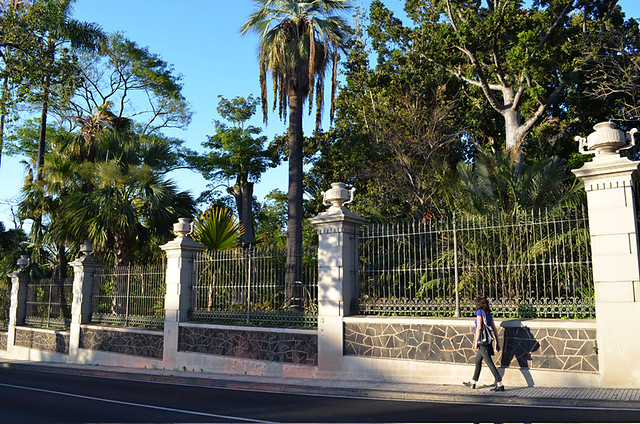 That area of La Paz is now as quiet as the tranquil gardens which attract visitors, but Casa El Viejito still does a roaring trade when many are in the land of Z.

We’ve passed the place loads of times in the wee small hours. Although we know what purpose it serves, there’s still intrigue surrounding it. Occasionally we’d see a group of revellers entering as we walked towards it, but when we drew level there would be nobody inside except the old shopkeeper and maybe one of his cronies. We’ve no idea where the customers disappeared to.

To add further interest to the unassuming traditional building which dates from around the mid 19th century, it’s also at the centre of a controversy. Proposed improvements to both the road into Puerto and the extension to the Botanical Gardens opposite threaten its existence. A group of locals have been running a campaign to save it for years now. 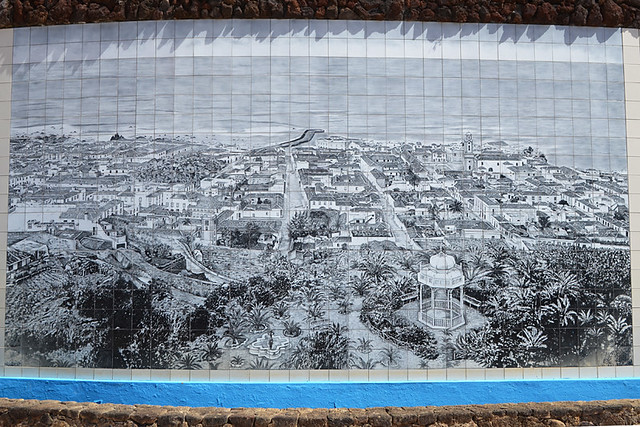 Saving an old cottage known for selling alcohol to the town’s youth might seem an almost whimsical cause. But it’s part of the town’s charm, a living slice of social history and one of those small cogs which helps differentiate the place from the shiny new developments on the opposite side of the island.

It might sound like much ado about nothing, but take a stroll into the Taoro Gardens and seek out the tiled mural which depicts what the centre of Puerto de la Cruz used to look like. Then turn and look at the reality.

I love Puerto, but think how beautiful the town would be if it still looked like that mural?

The transformation started with the destruction of an old cottage.