Off the beaten track, it’s a phrase used a lot in travel.

Before we moved to Tenerife ‘off the beaten track’ evoked images of rural idylls which not many other people, who weren’t local, had discovered – a long, empty beach; a quaint café overlooking a jungle canopy which served exotic local dishes on banana leaves. That sort of thing.

When people ask about off the beaten track locations on Tenerife they usually mean somewhere tranquil and rural, or a picturesque fishing village; certainly somewhere quiet where the only other people around are locals. 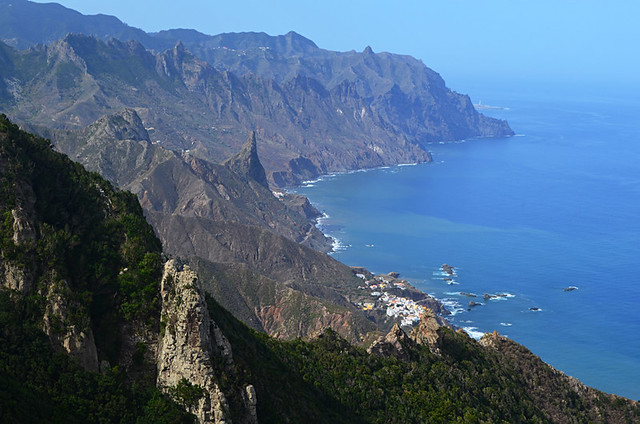 Considering Tenerife isn’t a big island there’s more off the beaten track rural locations than you might expect, especially considering the number of people who holiday here each year. The fact many people stick to resort areas has kept much of the island still a bit of a secret.

But this isn’t about restaurants in rural areas or coastal villages. This is about a very different ‘off the the beaten track’ on Tenerife.

Recently we had to visit Santa Cruz for the worst of reasons, the cremation of a friend. Afterwards we wanted a venue where we could have a drink and eat some food whilst reflecting and swapping stories. Crematoriums in Santa Cruz aren’t exactly in serene beauty spots, they sit near the motorway in business estates surrounded by warehouses, workshops and cash and carry type places. 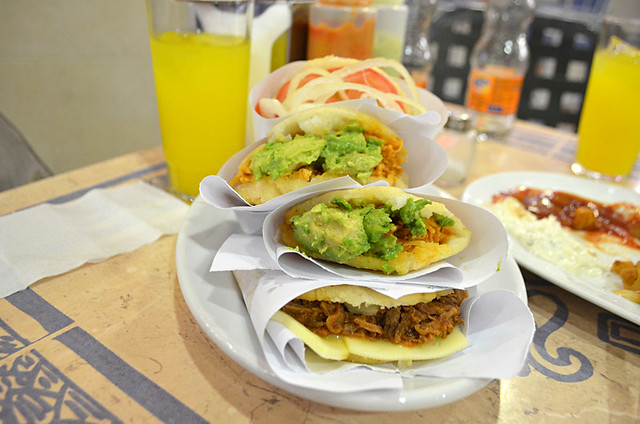 However, Restaurant Canaima opposite the crematorium turned out to be perfect for our needs. This attractive Venezuelan/Spanish restaurant had a long bar with tapas dishes along most of its length. At the far end of the bar was a spit where a sizzling joint slowly roasted whilst in a back room was a decent-sized restaurant filled with families and office workers tucking into plates of yummy looking dishes such as arroz Cubana. The décor was equally interesting, hanging jamóns, barrels with oversized squashes and a fountain surrounded by poinsettias.

It was friendly, comfortable and the menu featured a range of food to suit those who liked relatively familiar fare as well as more adventurous offerings such as the Venezuelan selections; a savoury black bean arepa got a huge thumbs up from a vegetarian friend who’s used to having a restricted choice in Canarian restaurants. The easy ambiance made the sad circumstances all the more bearable. It was a very good restaurant, but it was in a location where it will never be on the radar of any visitor. 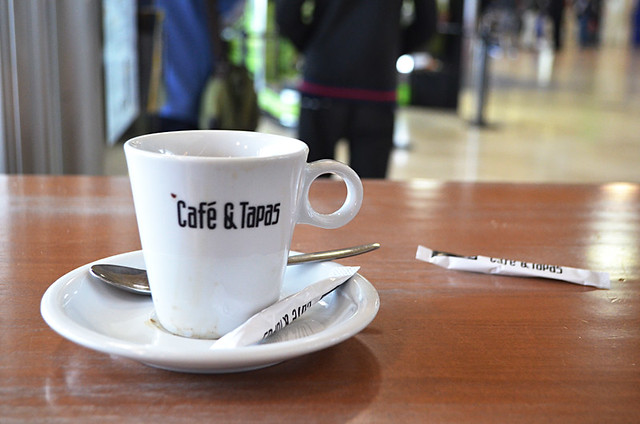 Almost a week earlier I’d stood bleary-eyed outside my local garage at 8am on a fresh December morning. Whilst my car was being diagnosed I was desperately trying to de-mist the ‘translator’ in my brain as a little Canarian woman, who I recognised as one of the chestnut roasters in Puerto de la Cruz, told me her customers were mainly locals, Spanish mainlanders, Germans and Italians. When I asked her about British chestnut munchers she shrugged and replied ‘not so many’. It’s sometimes in situations like this we pick up snippets about local life and the patterns of visitors.

Beside this garage are three sizeable café/restaurants which are packed early morning with people stopping for a coffee and a snack on their way to work. One of these specialises in gins, another is one of the few outlets on Tenerife where you can officially buy tickets for CD Tenerife. It also has a collection of classic toy cars. They’re open from first thing in the morning to last thing at night. Once, returning from Santa Cruz at 11.30pm, after missing dinner, we popped into one knowing we’d still be able to grab a bite to eat despite the late hour. They’re busy, busy places but don’t attract many customers who aren’t local. 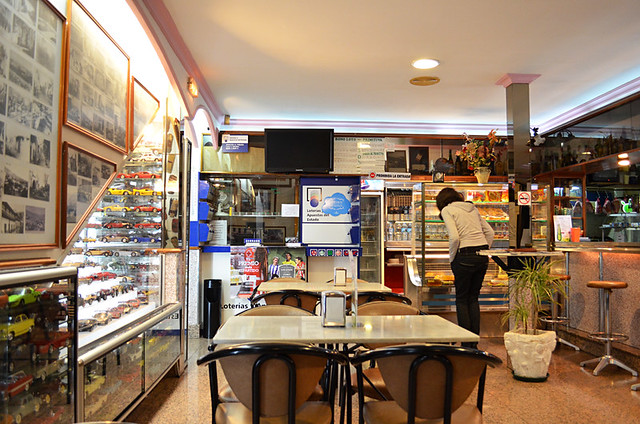 You find a similar thing with petrol stations. Just about every petrol station on Tenerife has a good bar restaurant attached, some have great ones. We don’t eat in them nearly enough. In one stretch between Puerto de la Cruz and Icod de los Vinos there are at least three very good examples, including one of the most famous on the island at Grimona which has stand out views and goes completely over the top with decorations at Christmas. The TF1 between Los Cristianos and Santa Cruz is also a good hunting ground for petrol station restaurants. Again, these aren’t exactly the sort of places which draw the average visitor.

Yet another type of restaurant where visitors rarely tread are concert hall-sized affairs which specialise in ‘eventos y bodas’ (special celebrations and weddings). You mostly find these in northern parts where the Canario population is greatest. In our early days on Tenerife, before we knew their raison d’être, we were amazed at the sheer size of some restaurants we passed on back roads (actually main roads before the autopistas were built) and wondered how they could ever fill them. 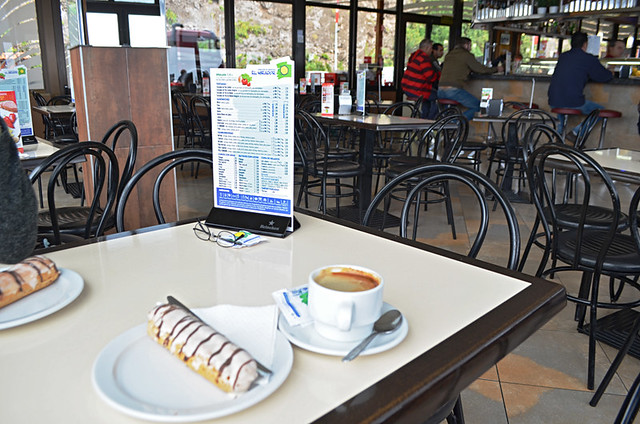 All these types of cafés and restaurants, and there are scores of them on Tenerife, have a few things in common. They mostly don’t look particularly inviting from the outside (although interiors can be a revelation); they’re usually not in scenic locations, the food is generally good, and they are frequented almost exclusively by locals. On the whole we’ve found them fascinating and friendly places.

For anyone interested in experiencing local life in all its various forms it’s worth taking a chance, going off the beaten track in a very different way and venturing into one of these more ‘urban’ Tenerife restaurants.