For a long time we’ve realised perceptions of Tenerife can depend on personal experiences and often be relevant to where someone knows best rather than what is actually the reality. Sometimes what one person can take as being the norm in one part of the island, isn’t necessarily the case in the rest of Tenerife.

If that all sounds a bit woolly, I’ll slap some fresh fish on the table as an example. 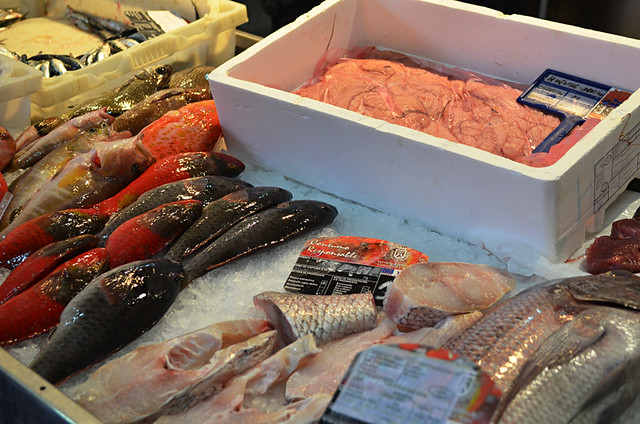 Recently we were asked if it was possible to buy fresh fish anywhere on Tenerife. A visiting couple had been disappointed to find the ‘fresh’ fish on sale in restaurants where they were staying wasn’t actually as fresh as they expected.

I was initially surprised they’d struggled to find fresh fish on an island where it’s revered as one of the stars of the gastronomic scene, which takes me right back to my opening sentence. Experiences in various parts of the island shape overall perceptions. One restaurant they mentioned was in La Caleta in Costa Adeje, somewhere you might reasonably expect to find fresh fish. In all honesty, we’re generally disappointed when we eat at traditional restaurants in La Caleta. The last time although the food was okay, it was only okay. Portions were smaller than other traditional places where we eat fish and seafood around Tenerife, and prices were higher. 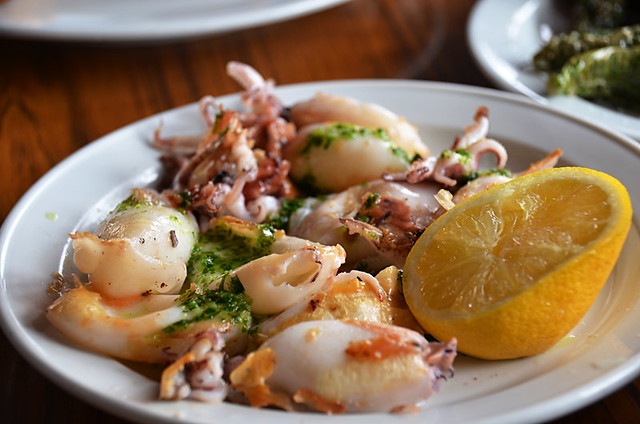 Saying that, my initial reaction was they’d been unlucky with their timing, possibly visiting the restaurant when it had been a couple of days since there had been a delivery of fresh fish.

However, a local (I don’t know if it was an expat local or a Canario) told them fish was only delivered once a week to restaurants and much of the fish on the island was imported. Skewed perceptions aren’t restricted to visitors.

Even before we moved to Tenerife we thought of it as a destination where fresh fish and seafood figured strongly in the cuisine. We often passed through the harbour in Los Cristianos en route to the La Gomera ferry and would see mountains of fish being unloaded from boats there. 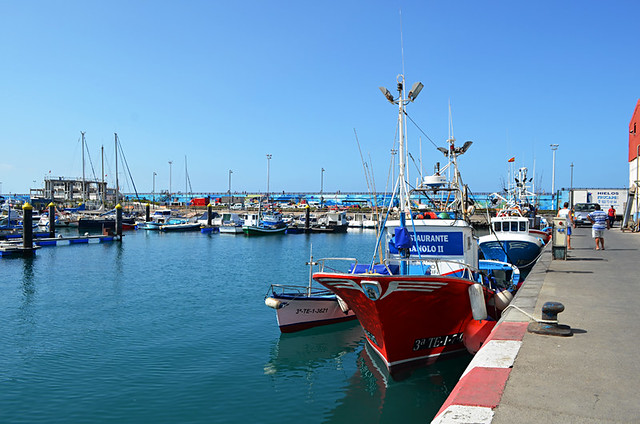 Since moving to Puerto de la Cruz, we’re tormented on a regular basis as just about every trip into town involves passing the harbour where the smell of freshly fried fish teases our nostrils.

We describe Tenerife as a perfect destination for those who are fans of local fish and seafood. So it was a shock to discover that there might be people out there, even residents apparently, who don’t view it the same way.

For anyone else who has found it difficult to find fresh local fish around Tenerife, here are a few suggestions of where to look. 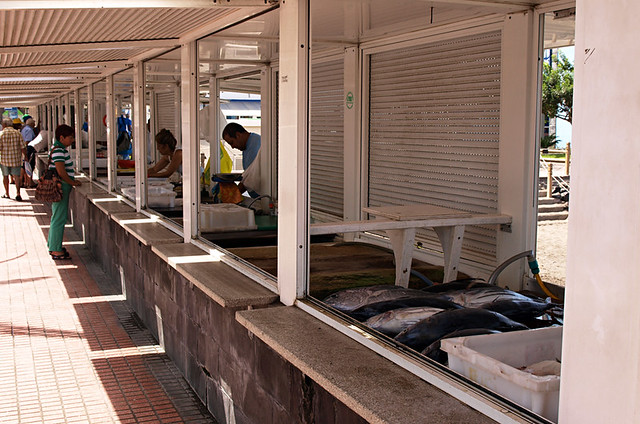 In some harbours you’ll find small stalls set up, selling that day’s catch. Las Galletas in the south has a few kiosks where the beach meets the town, whereas Puerto de la Cruz has a bustling little stall beside the harbour near Plaza del Charco. 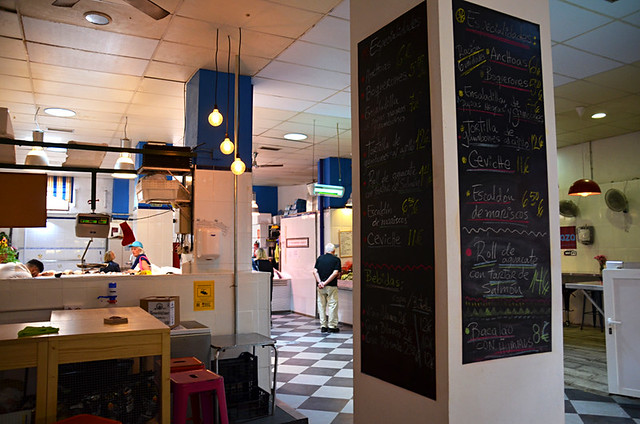 Tenerife’s main supermarkets stock an impressive range of fish and seafood, some of it still alive. However, not all comes from local waters. The best supermarkets have tags identifying where fish were caught so you know who the locals are. Fishmongers are even better for fresh local fish as are food markets. Puerto de la Cruz has a couple of great little fishmongers, one near the harbour whilst the other is inside the Municipal Market. There’s a wonderful food market, the Mercado Municipal, on Plaza del Cristo in Laguna which we love to wander. Then there’s the African Market in Santa Cruz, where there are food stalls amongst the fish and seafood counters.

Fish and seafood restaurants on Tenerife 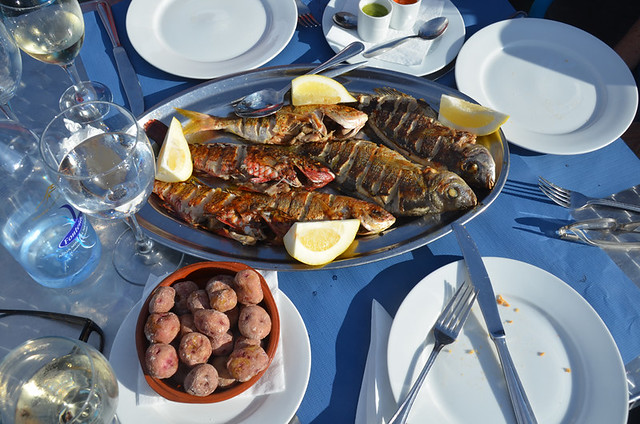 If a town has a harbour with a fishing fleet, even a small one, then there will be restaurants selling fresh local fish, it’s as simple as that. In places like San Andrés near Santa Cruz, where if you don’t eat fish you could go hungry, some local fisherman carry their daily catch round the village in buckets, selling to restaurants.

Towns and villages with a decent fishing community usually also have a Cofradia de Pescadores. These are restaurants which are actually run by fishing guilds, so they can generally be reliable places for sampling good, local fish and seafood. Fish and seafood restaurants which cater for either Canarios, or a mix of Canarios and visitors are generally going to be better than one’s which cater almost exclusively for visitors.

Tenerife, like all other Canary Islands, is a dream destination for foodies who are fish and seafood fans.

But depending on where you stay, that might not be as obvious as it is in other parts of the island.

In the distance a cockerel completes his dawn duties with a final throaty bugle call. There’s silence for a few seconds before two doves take up the early morning chorus, cooing loudly from the top of the pine tree. […]