Just under a year ago Andy wrote a blog for Tenerife.co.uk about why she chose to live in the north of Tenerife whilst Linda Wainwright (aka IslandMomma) did the same for the south. It was an interesting exercise, especially as Tenerife is many things to different people.

We tossed a coin to see who would write the piece for the north and, obviously, Andy won. But I liked the idea of penning my own reasons and thoughts. I haven’t read Andy’s list since she wrote it and have deliberately avoided doing so until I get these down on virtual paper.

So, whilst the bulk of British visitors head to the southern side of Tenerife here are five reasons why I’m perched on a northern slope. 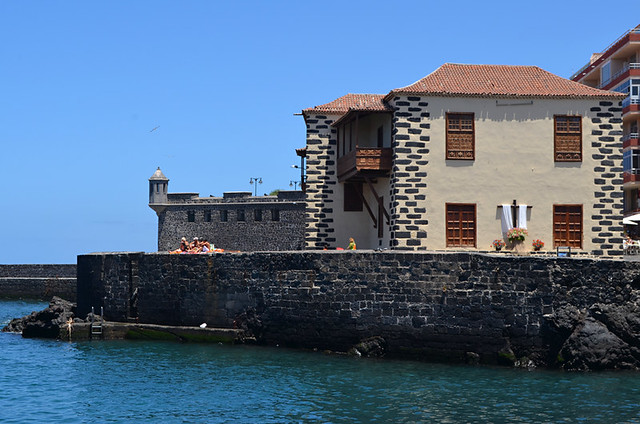 The weather was a big factor when we picked somewhere to set up home and the climate around Puerto de la Cruz is for me just about as perfect as it could be. There is a lot of rubbish written about Tenerife generally, especially where the weather is concerned. We enjoy wonderfully warm sunshine throughout the year. There are seasonal differences (there are seasonal differences of varying levels everywhere on Tenerife) and I like that fact. There are wild flowers in spring, summer is usually rain free, whilst autumn and winter can bring rainfall – usually not for long and often at night. Sometimes it’s like a monsoon, which is spectacular and hypnotic. There can be a bizarre thing on Tenerife about the fact that that greenery means rain. Of course it rains. It rains most places, but I can’t recall ever seeing anyone purse their lips about either the Caribbean or Thailand and say ‘hmm, I’m a bit concerned about visiting because it’s so lush and green.’
A lot of people don’t stop to think rationally about the weather on the island, forgetting that it’s a subtropical climate whether you’re south, west, east or north. It’s been good enough for most Canarios for five centuries and it’s certainly peachy enough for me. 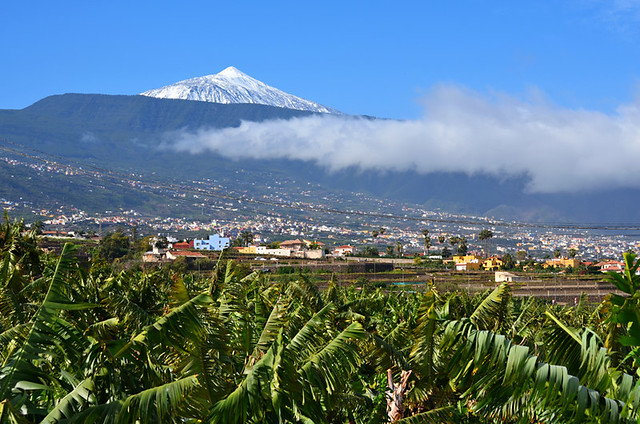 Linked to the above, scenery is important and waking up to see the verdant Orotava Valley and one of the most spectacular sights anywhere, Mount Teide, has never lost its impact. Rainfall does keep the northern world green and I wouldn’t want it any other way. Around us is a banana plantation that I’ve become so accustomed to I hardly register the people-sized exotic leaves as I drive past them every day. A few minutes westward is the most stunning part of Tenerife’s coast (obviously in my opinion) with palm groves, more bananas and the most beautiful colonial haciendas. Just to the north are my favourite beaches on the island. Twenty minutes inland and I’m in the pine forest where the only buildings belong to forest rangers. This is the place that wowed seasoned Victorian adventurers. And this is only our small slice of the north. 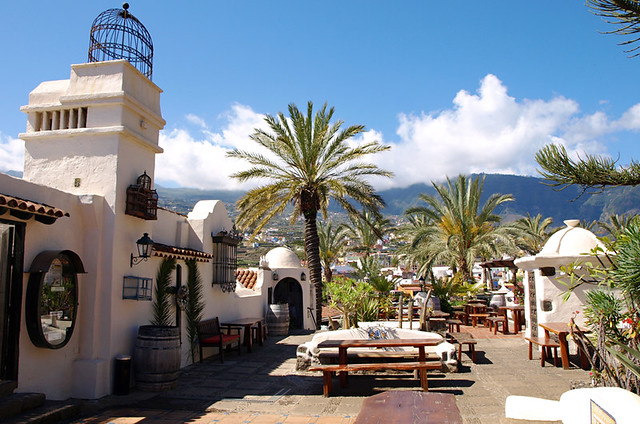 We’re spoiled when it comes to food. Because many of the best restaurants in the north cater for the Canarian population, eating out is excellent value. And we have some cracking places to fill our tums. The bigger Canarian towns near us are quite sophisticated, probably due to their multinational heritage, so as well as basic and contemporary local cuisine, when we fancy a change we can choose to eat at excellent Thai, Indian, Middle Eastern, Chinese, Italian, Mexican and vegetarian restaurants. One of the best restaurants on Tenerife is within walking distance of our house, yet most visitors don’t know about it. As a bonus, many restaurants are located in the likes of colonial buildings and old cottages, so not only do we have great food at low prices, we get to eat it in wonderfully atmospheric surroundings. Because of this I’m probably over critical of some restaurants in the purpose built resorts, especially if I think I’m paying over the odds for mediocre fare. 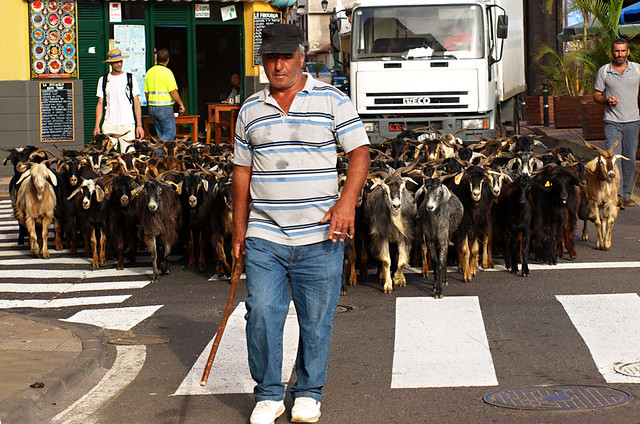 I like living amongst the Canarios. From a business point of view, working here can frustrate the hell out of me to the point that now we rarely work with businesses based on the islands. Too many burnt fingers and bad experiences in the past. In fairness, most of the worst business experiences involved Brits. But the act of living is different. I’m a Calvinistic Scot, it takes me about five years to decide whether anyone’s decent or are indeed the untrustworthy miscreant I immediately had them down as when I first met them. But the open faces and wide smiles of the Canarios disarm my natural grumpiness.
I love the strong sense of community that reminds me of growing up on a Scottish Island; I love the fact that tradition is important and that the sense of identity is so very unique; I love the fact that life is more important than work, although clearly that can affect other things (see above). Basically I love the fact that I feel like I’m living somewhere with a culture that is very different from my own. 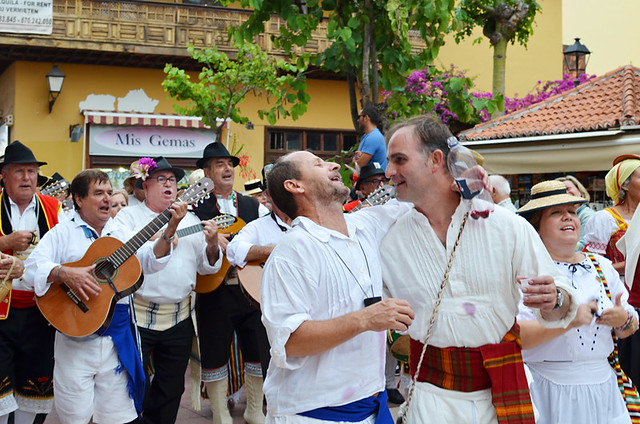 The biggest reason why we chose to settle in Puerto de la Cruz in the north of Tenerife is something that is difficult to explain as it’s something you can only feel. From the moment we arrived, having checked out a few other towns first, and ordered our first cerveza (with a Madrid type ‘th’ until we knew better) in Plaza del Charco, we were infected by the strength of the town’s soul. It seeps out of historic buildings and rises up from the cobbles that people have trampled for centuries, filling the atmosphere so that although you can’t see it, it courses through your veins. Places either have a soul or they don’t and not everyone can tune into it. I remember being in the most idyllic historic European town, where the air was thick with the soul of the place, and hearing a fellow visitor complain ‘but what is there to do here?’ They simply didn’t get it.
It’s massively important to me that a place has soul, it’s something that breathes life into bricks and mortar and you can feel it, or not, the moment you set foot in a town or village.