The new blue sign on the slip road leading from Puerto to la Cruz to the La Orotava exit on the TF5 caused immediate concern. It caused concern because until this year (2017) it had been the sign for one of the culinary temples we worshipped at when we had anything to celebrate, Lucas Maes. 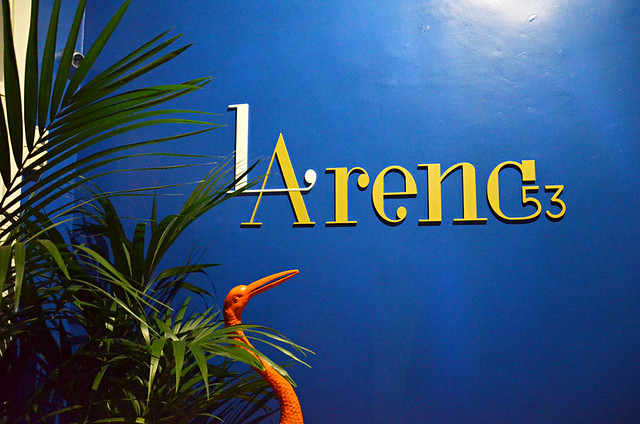 The sign no longer was for Lucas Maes, instead it read La Arena 53, or more accurately Larena53. As it’s highly unlikely a top chef would remove their name from the title of their restaurant, this didn’t bode well. There was only one way to find out the reason. As circumstance would have it a reason to celebrate raised its head shortly after we spotted the name change. 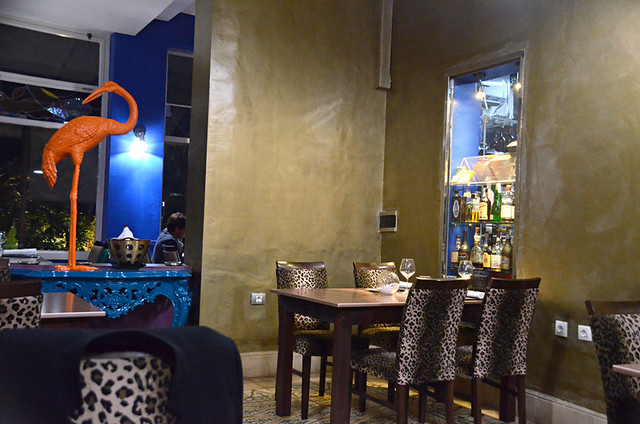 Apart from the new signage, the leafy, stylish cocktail terrace looked the same as always, as did the bright and funky interior of the lovely old colonial mansion. Even the staff looked the same. The waiter hardly had time to hand us the menu before we pumped him for information.

For some time we’d been aware Lucas Maes had been expanding his gastronomic empire with new ventures in other parts of Tenerife. Now Lucas Maes is no longer connected with the restaurant. Susana Gallardo is at the helm of La Arena 53, assisted by Basque chef Ernesto Erkoreka. The last couple of times we ate at Lucas Maes there was no Lucas Maes present so, in a way, things weren’t that different. 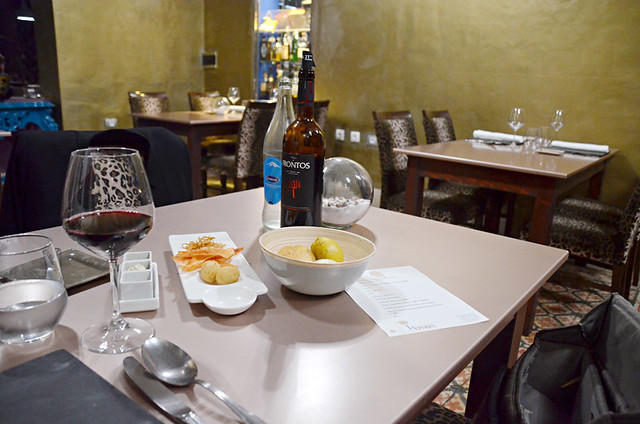 But what about the food?

The food at La Arena 53
The format is much the same as ever; small, select menu featuring delectable sounding dishes. Our approach to ordering was also the same as usual. We decided we were going to order a starter, mains and dessert rather than do what we always do and plump for the taster (degustación) menu. Predictably, as soon as we saw what was actually on the taster menu we scrapped that plan. 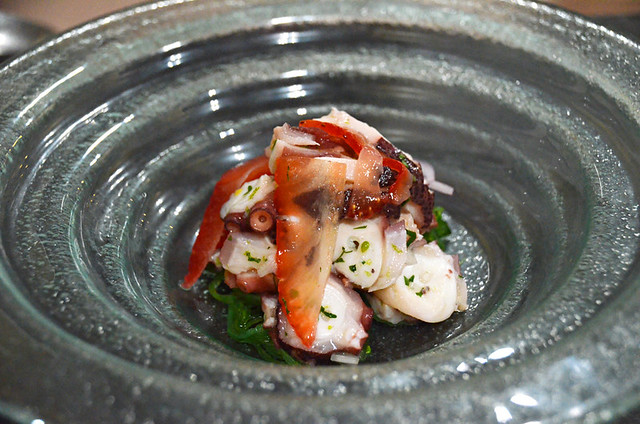 Again, the format remains much the same as before – irresistible, warm breads with flavoured butters, artisan salt, olive oil and crispy, savoury nibbles followed by a steak tartare amuse-bouche which had our fickle tastebuds thinking ‘Lucas who?’.

Then it was time for the taster menu, starting with an octopus and strawberry ceviche which was just a triumph of fresh, zingy flavour. We visited Chile at the end of last year and had enjoyed some sensational ceviche, this was as good as any. 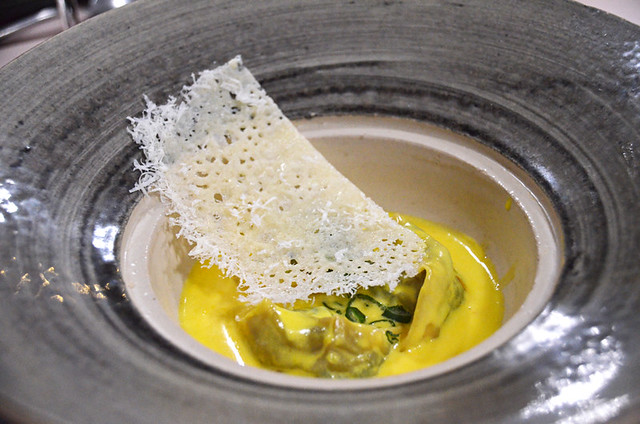 From then on it was an ongoing assault of surprising and wonderful combinations resulting in quite magical flavours, the work of an alchemist in the kitchen – light, creamy and delicate spinach and saffron ravioli; cherne with cauliflower couscous (wow), ajoarrierro (a creative take on a Basque concoction) and a crispy seaweed hat which looked Medusa’s hair; and lamb cheeks with chimichurri and potato purée. Often with taster menus I find by the time I get to the meat I’m done, it can be a course too far. Not in this case where the balance was just right, the tender lamb finished the performance off perfectly… almost. There was still dessert. 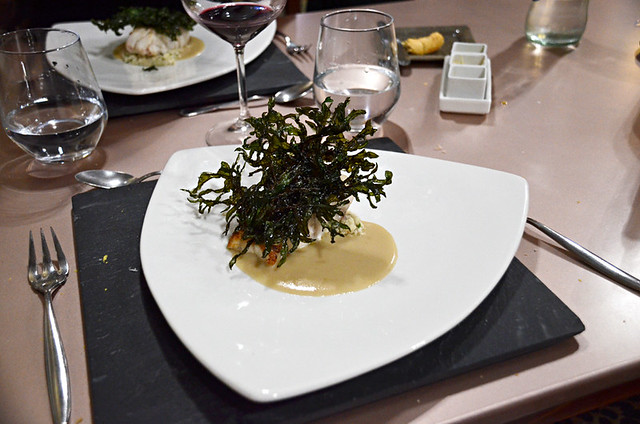 All you have to know about the dessert is the ingredients – toffee and white chocolate ice cream with passion fruit and papaya mousse. From those you can deduce just how sensational it was.

We’ve had some fabulous meals at Lucas Maes over the years. The degustación we devoured at La Arena 53 topped them all. 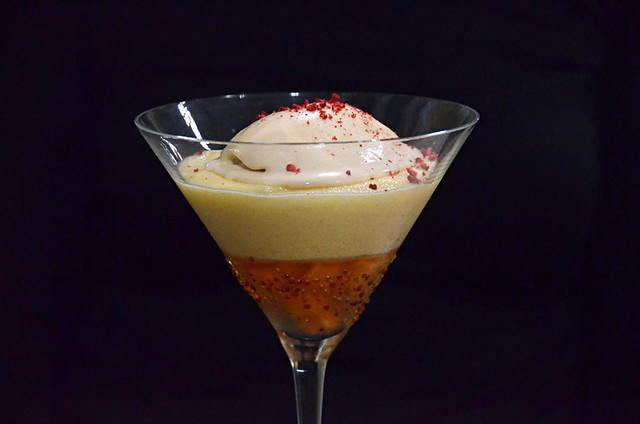 One final observation. Dining at Lucas Maes was always something we thoroughly enjoyed because the food was so exceptional. If there was a criticism it would be the place could take itself too seriously. This time the atmosphere felt a bit lighter, more playful. It made the whole experience even more enjoyable.

Adios Lucas Maes and a warm bienvenido to La Arena 53, a super new restaurant on the Tenerife gastronomic scene.

Love on the Rocks, Review of Restaurant Los Roques in Los Abrigos

Near the harbour is the sophisticated king of the row of restaurants, Los Roques. Los Roques is generally recognised as one of the best restaurants on Tenerife… […]