The most exciting travel experience we’ve ever enjoyed was safari in Kenya. It was a week long adrenalin rush; bumping across the African plains in a Toyota Landcruiser, stopping to eyeball a lion in the shade of a bush right beside the vehicle; pushing branches aside to enter a dappled glade where hippos basked in a small pool a few feet away; watching tiny prairie dogs tease an elephant… and so on.

Seeing animals at play in their own environment was an exhilarating privilege.

And yet, until relatively recently, I’d never quite appreciated we had a similar experience right on our own doorstep. 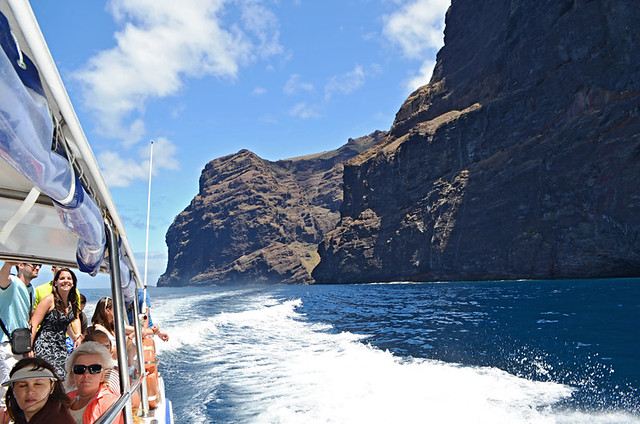 Maybe it’s because whale and dolphin watching trips on Tenerife is just one of a long list of things for tourists can do that it didn’t quite have the same exclusive, exciting ring to it.

And yet being able to see dolphins and whales within a short distance from shore is a massive deal – the location might be part of Spain, but geographically this is really another type of African safari.

This really rammed home when we went out with the Gladiator earlier this year as part of research for an airline magazine article. The Gladiator is one of the Maritima Acantiladas stable of boats, sailing from Los Gigantes.  It’s a 36 square metre speedboat, suitable for getting close to pods quickly but not so suitable for boozy cruises. As we left Los Gigantes ahead of a faux pirate ship blasting out pop music I said a little prayer to the god of all things not naff that I was on a serious whale watching vessel and not one where spotting whales and dolphins alone wasn’t good enough, you had to get pissed up to really enjoy it.

Thankfully we left the modern miscreants behind quickly and headed into the tranquil blue. 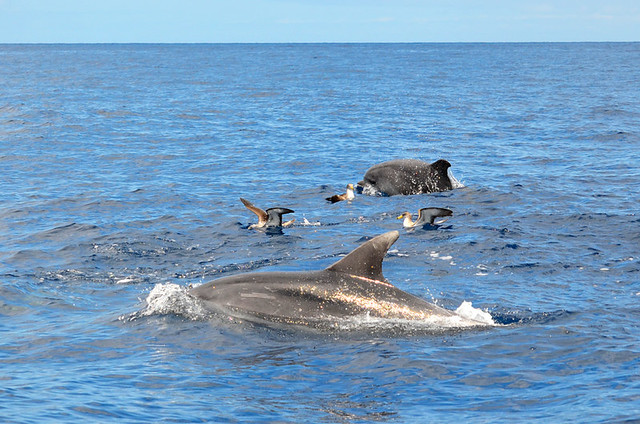 The funny thing is you sit there all cool, scanning the waters as the boat bobs idly, looking for a sign and then, when a sleek silver bod breaks the surface, all hell breaks loose – it’s like a van load of puppies being let free in the park (that’s us on the boat not the dolphins).
Seeing those first dolphins sent a frenzy of excitement around the boat, deservedly so; it IS exciting. Heart-pumpingly so.

As more and more dolphins broke cover all around, right beside and even under the boat, we  behaved like an army of snipers, rattling off shots from our cameras with machine gun bursts, hoping to capture one of the dolphins perfectly as it gracefully dived in and out of the water. It wasn’t easy as they fair zip around the place. But it was fun trying. After a few moments though I stopped clicking and just stood, possibly open-mouthed, staring at these beautiful and incredible creatures. 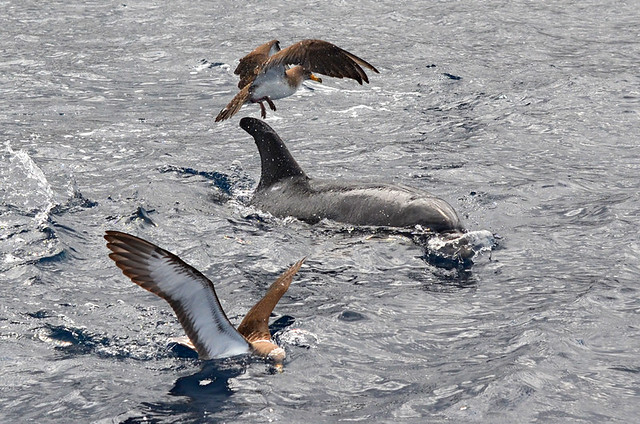 On this particular trip we were treated to dolphins galore; scores of happy, smiling mammals playing against a backdrop of the Los Gigantes cliffs on one side and La Gomera on the other. However, as well as the dolphins there was an extra treat; there were bigger whales around.
Some Bryde’s Whales had lingered longer than they usually do on their travels through Tenerife’s waters.
Seeing a 40 foot giant glide silently through the waves, the only sound an occasional hiss of  water spouting from  thick leathery skin, was right up there as one of those momentous travel moments. I was awestruck. 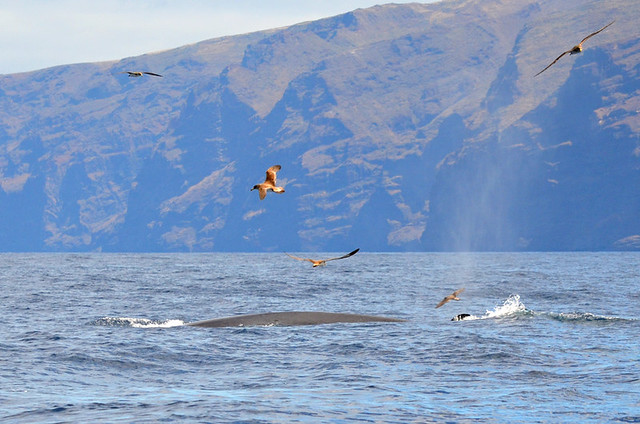 I think it was at that moment the penny dropped and I realised seeing these dolphins and whales was something extra special, something you can’t do in that many places. They’re a commodity Tenerife should treasure… and, if the crew on the boat were anything to go by, thankfully plenty do treasure and respect them.

If you were to ask me the number one thing a visitor to Tenerife should see, my first answer would always automatically be a visit to Teide National Park. 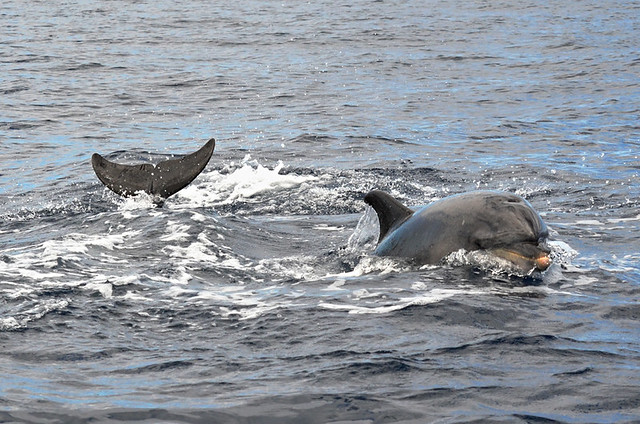 Number two on that list would now be ‘go on a whale and dolphin watching safari’. But make sure to choose the right boat. There’s no way I would have enjoyed it the same if the focus had been on partying and forced fun rather than just letting nature put on the show.