I love them for a number of reasons. This is one of them.

On Sunday a photo of a chunky burger appeared on my facebook wall. There were arrows pointing to various parts of the burger with little descriptions telling me the tomatoes and lettuce were fresh from the north of Tenerife and that the burger was beef and made individually by hand (not something you can take for granted even in places that claim ‘hamburguesas caseras’). This photo led to me looking at other photos, discovering the Deluxe burger and the Texas burger both of which had me drooling. I was hooked.

At the first opportunity – four days later – we headed into Puerto de la Cruz to Gulliver Café Bar to see if their burgers were as good as they looked. 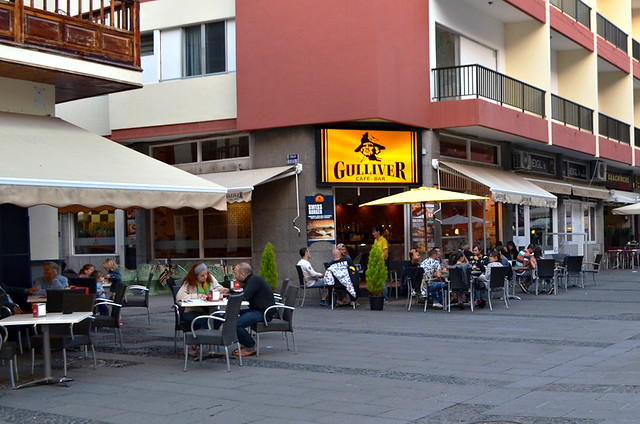 Burgers at Gulliver Café Bar
Calle San Juan, where Gulliver Café Bar is located, has experienced something of a renaissance of late with a few trendy bars and modern and inviting café restaurants bringing a bit of pizazz to the street. We clocked a couple of places worth investigating in future, but our focus was on one place.

At this time of year there aren’t many Northern European about so there weren’t many people eating as it was early doors (7.30pm), but quite a few tables were taken by locals having a drink. 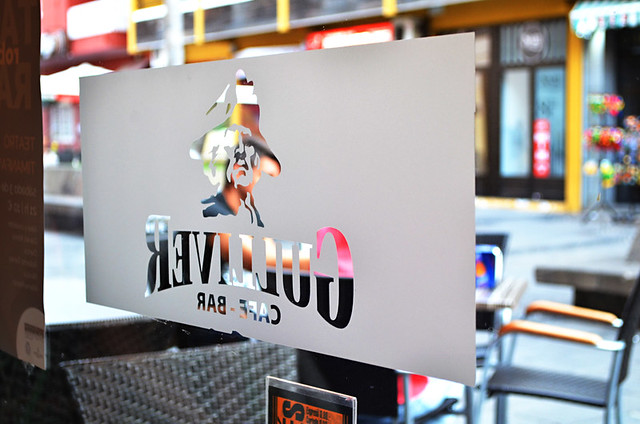 There was no messing with humming and hawing over what we wanted; two Texas burgers and a couple of cañas were ordered almost before the waitress had time to open her mouth.

After that it was a case of being tortured as the aroma of sizzling bacon and beefiness teased us from the kitchen. Luckily there were enough public holiday strollers outside the window to add people-watching interest whilst we waited.

And then they arrived. I’m not going to tell you what they tasted like. I’m simply going to show you the finished chunky burger, bacon and two cheeses. 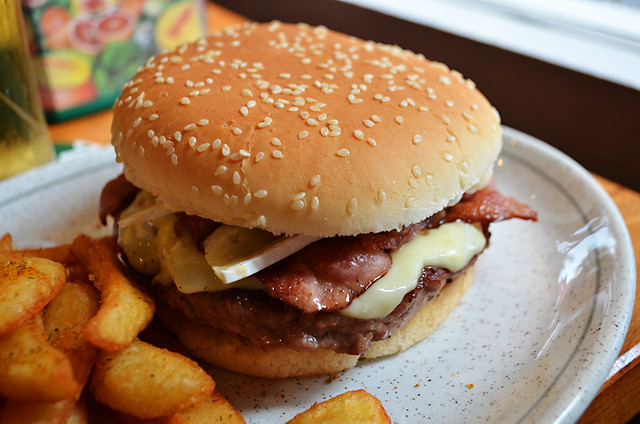 We’d also primed ourselves for a homemade brownie and a coco cremosa – also seen on the facebook page. But there were none. The public holiday crowd had wolfed the lot at lunchtime.

With the gourmet deluxe burger, Swiss burger, the ‘absent’ cakes and a selection of Serbian flavoured dishes to try (the owners are originally from Serbia) it isn’t going to be long before we’ll be making a return visit. Boy, was that burger good.