Not for the first time the wonderful world of Tripadvisor has prompted an article, this time not in a bad/bemused way. It’s as a result of a question asked by someone who wanted recommendations for the best luxury hotels on Tenerife.

As there are quite a number of very different 5 stars around the island these days it’s not an easy question to answer. Additionally, it’s seriously subjective. Some people like obvious luxury, others prefer more subtlety. Some like being near a resort with lots of amenities, others might want the exclusivity to extend to the surroundings outside the hotel. Some judge luxury hotels by which celebrities stay there, and that can be in a negative way as well as a positive depending on who those celebrities are. 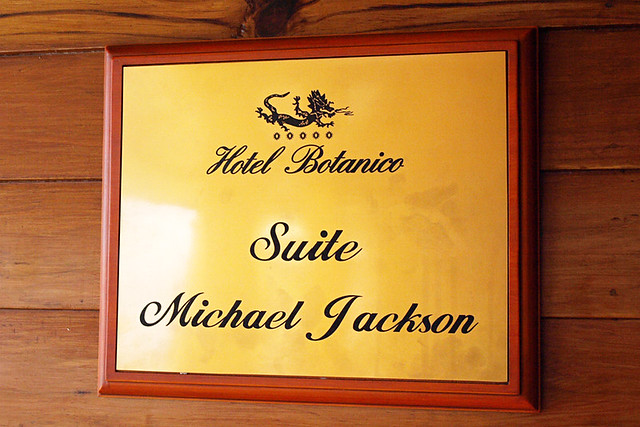 We’ve stayed in most of Tenerife’s luxury hotels and each was a very different experience, maybe something you’d expect from quality hotels which aim to be unique. But although we have our overall favourites, there have also been individual aspects in various hotels which have impressed and which set them apart from their peers. 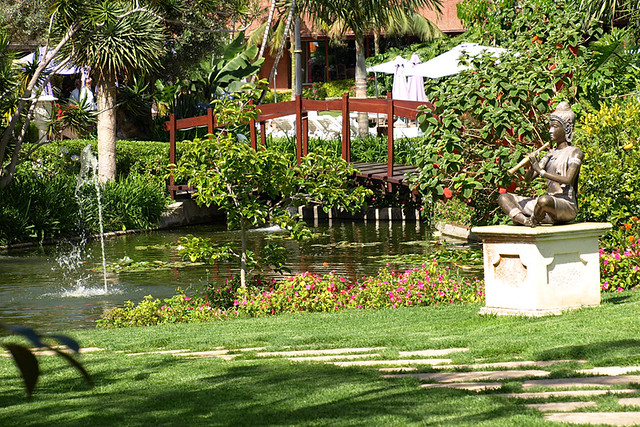 Without a doubt, the Hotel Botánico in Puerto de la Cruz boasts both the best gardens and spa we’ve seen in a hotel on the island. I’ve heard people say they prefer the hotel’s subtropical gardens to the nearby Botanical Gardens. I’m not so sure about that, but they do have a greater range of bird life, including black swans. The hotel’s Oriental Spa Garden offers pure unadulterated luxurious pampering in Thai themed surroundings. 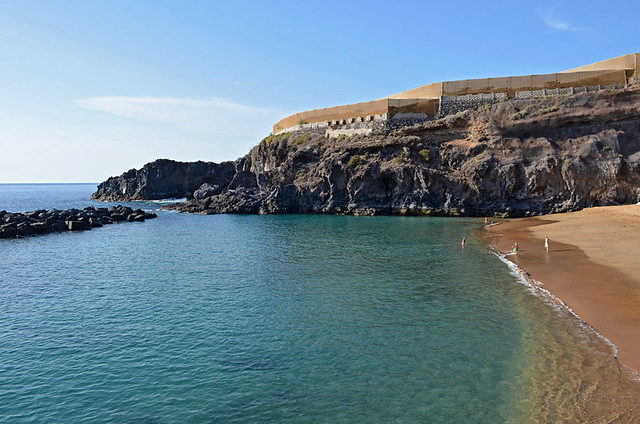 No hotels in Spain have a private beach, but the Ritz-Carlton Abama near Playa San Juan comes about as close as you can get. The golden beach the hotel created in the cove below is too far of a trek for most folk not staying at the hotel. Nearly all luxury hotels have restaurants serving above average food, but with two Michelin star restaurants, M.B. and Kabuki, the Abama is also king of the hotel kitchens.

Most artistic and quirky luxury hotel 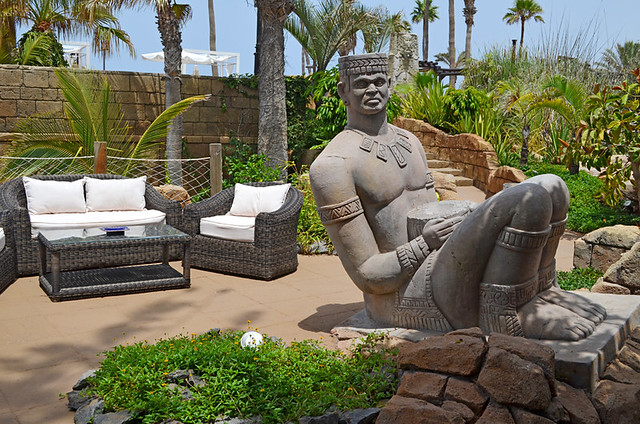 I love the Mexican style of the Hotel Europe Villa Cortés with its Day of the Dead figures, Frida Kahlo lifts, Fernando Botero prints, and Mayan pyramid. The grounds are like an open air Iberoamericana Museum. It’s also got a super beach bar. Anyone who thinks its position in Playa de las Américas is a negative doesn’t know that area of Las Américas. If it’s good enough for J.Lo and Marc Anthony… 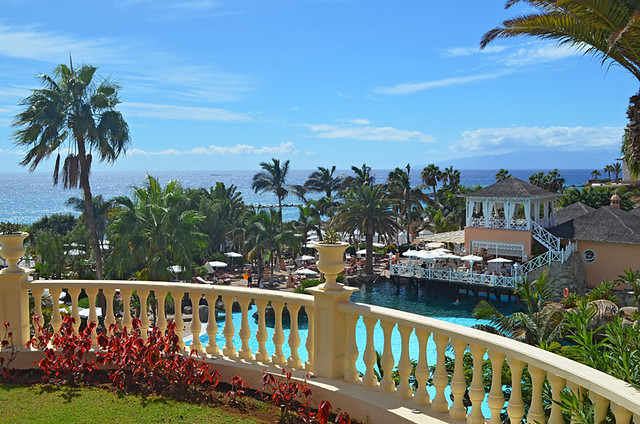 With its sweeping external staircases, spires and mock Canarian towers, the Bahía del Duque makes me think of a film set. It’s the hotel which launched a hundred ‘Tenerife has changed’ travel articles, helping move the island’s image at least a bit away from being a cheap ‘n’ cheerful package holiday destination. Although now one of the older of the new breed of luxury hotels, its fairy tale features still stand out, especially when viewed from the rocks at Playa del Duque.

Get away from it all luxury 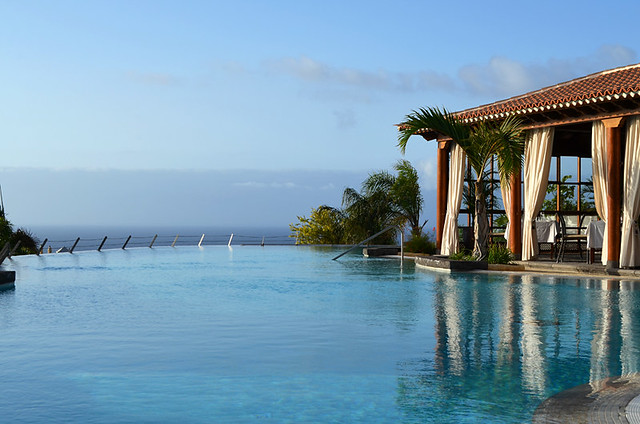 The Meliá Haciende del Conde in Buenavista del Norte in the far north west is the most remote 5 star on the island, sitting below the Teno Massif and with views across a Seve Ballesteros designed golf course to the Atlantic. Styled like one of the traditional haciendas which are common along this coast, the hotel fits in perfectly with the surrounding character, not something that can always be said about all luxury hotels. Ideal for anyone who wants a healthy dose of authenticity with their luxury. 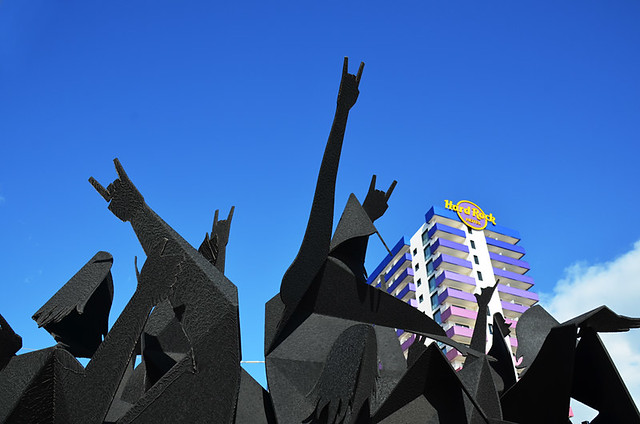 A stay at the Hard Rock Hotel in Playa Paraiso is an experience; it’s the Hard Rock brand and does what it says on the label. I don’t understand anyone who books in and then complains about the music. But it is played everywhere… loudly. I’m a fan of its rock ‘n’ roll swagger and could spend my time just exploring, notching up the music memorabilia. It’s also got the best facilities for children we’ve seen in a Tenerife hotel. Not that we have children, but we do check the facilities out, and a travel writing friend with a young family was also most impressed, although I think because he enjoyed using them as much as his girls. On the downside, Playa Paraiso itself is the opposite of a 5 star location.

Elegant and breaks the AI mould 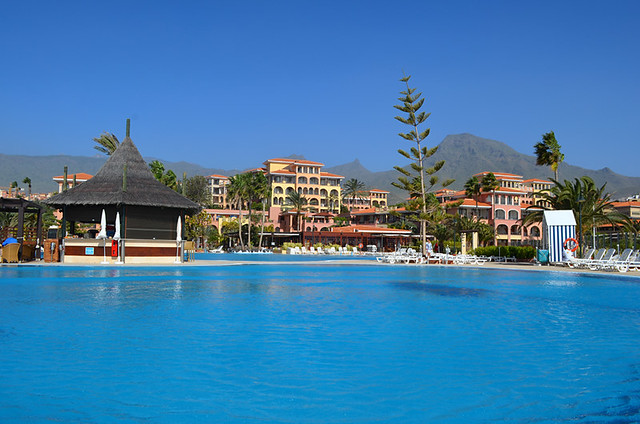 We stayed on an all inclusive basis at the Iberostar Anthelia in Costa Adeje, and it taught us that not all AI hotels are created equally. The buffet included freshly made sushi, and a chef prepared delicious pasta dishes to order. It might have been AI in name, but it felt more like full board with benefits at a classy hotel overlooking the sea. It was over the Christmas period and the majority of other guests were well to do Spanish. 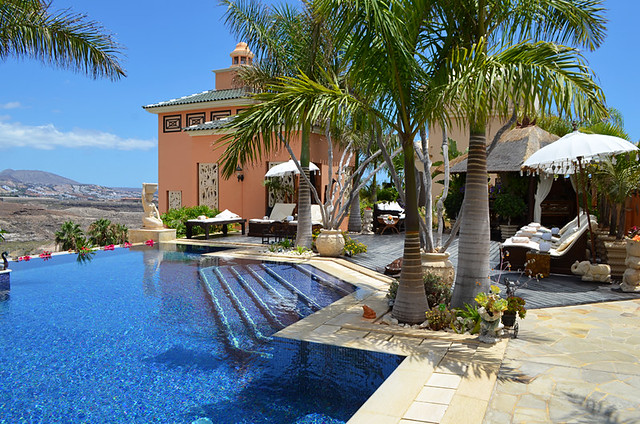 With only 28 sumptuous villas, the Royal Garden Villas in Costa Adeje is the most bijou hotel of the group, and feels all the more exclusive for it. The plushly furnished villas are like an assault on the senses. They also have the best stocked mini-bar of any luxury hotel we’ve stayed at. 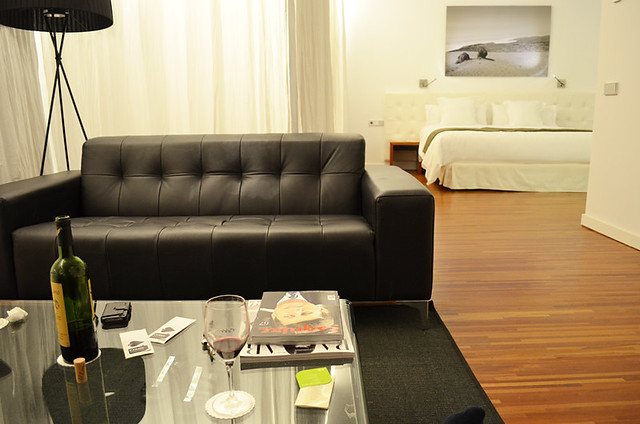 One of my overall favourites, the Grand Hotel Mencey in Santa Cruz feels more like a chic 5 star than most to me, maybe because of its city setting opposite the best park in the Canary Islands. The blend of colonial and ultra cool contemporary really rings my bell. It’s the sort of place you wouldn’t be surprised to see Don Draper propping up the elegant bar, especially as they serve a mean G&T there. 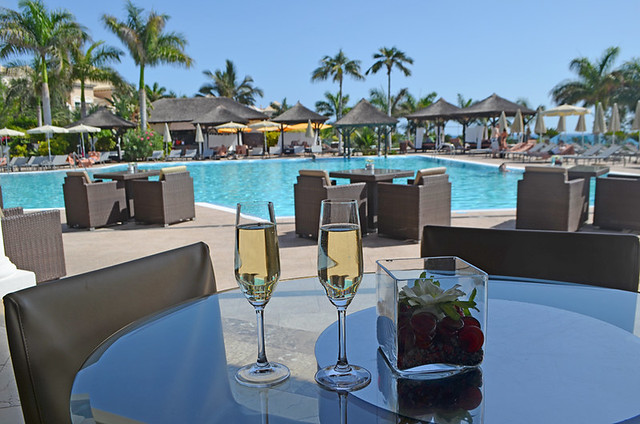 The most satisfyingly all round luxury experience we’ve enjoyed in a Tenerife hotel was Red Level at the Gran Meliá Palacio de Isora beside Alcalá – eggs Benedict at breakfast; early evening snacks beside an adults only pool only Red Level guests could use; a scented jacuzzi on the room’s balcony prepared by a shared butler etc. Apart from the personal pampering I particularly like how the hotel has complimented the area by helping create a beach and rock pools so locals can benefit from it being there. 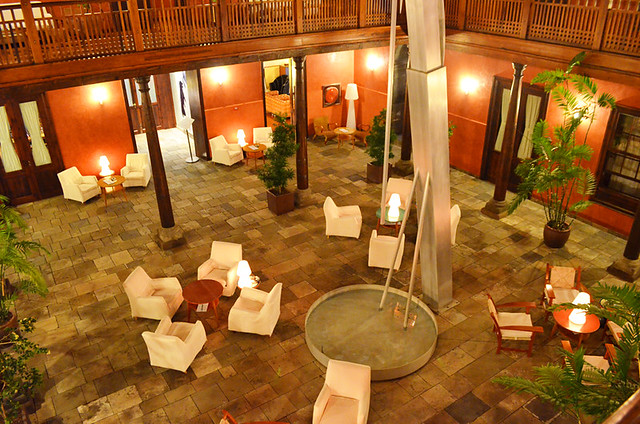 Topping them all, partly because in the end I favour small, traditional and personal and partly because it is an exceptional, luxury boutique hotel, is the San Roque in Garachico. You get history, tradition, style, comfort, and modern art… as well as having one of the prettiest towns in the Canary Islands outside the front door.