Öko teases us every time we walk past the place. As it’s located in La Villa in La Orotava, where we do our weekly shop, we get teased mercilessly at least once a week. 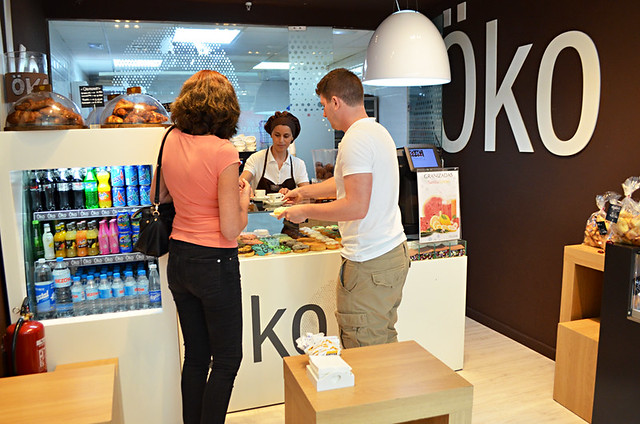 I don’t even have a sweet tooth, but there’s something about the bright yet cosy café with its chunky, modern stools and tables – small enough to prevent over indulging (i.e. a pigging out frenzy) – aroma of freshly brewed coffee and baked bread, and army of multi-coloured doughnuts that has me veering toward it every time we pass.

Self discipline usually wins out, but there’s always a Bisto kid type ‘aah’ and a look of longing as we force ourselves to walk on by.

However, sometimes the lure proves too much and our resolve collapses. 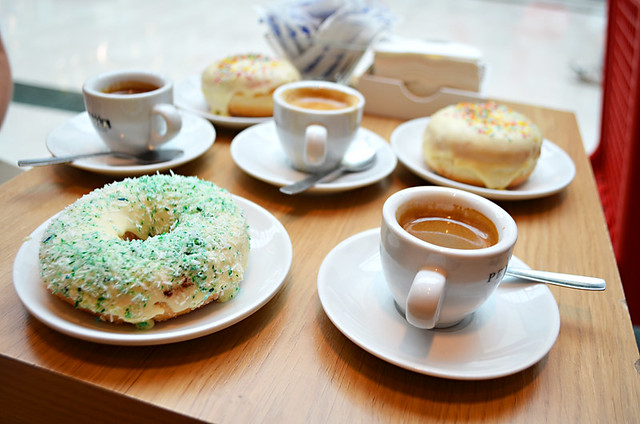 Sweet Stuff at Öko
The speciality is doughnuts. Beautifully created, arty doughnuts. A question about the flavours of each is rewarded with an onslaught of sinful ingredients – chocolate, white chocolate, hundreds and thousands, coconut and so on. After the first couple it becomes overwhelming and I end up choosing based on pretty colours. 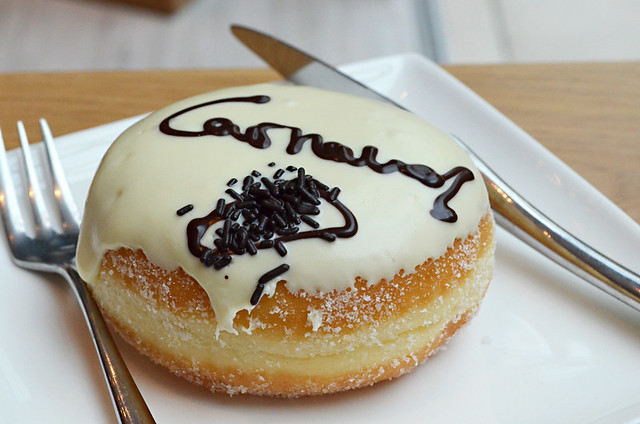 At certain times of the year they get even more creative than usual. So during carnival, there are special carnival doughnuts.

Öko isn’t just about doughnuts, there are breads, pastries, cupcakes, cakes, napolitanas, magdalenas, pretzels, croissants, pulguitas and even mini pizzas. A treasure trove of things that will make you fat but happy in a tiny cave of a place.

So far we’ve never been able to get past those doughnuts.

There are always offers at Öko, but I’ve never been able to figure them out. Again it doesn’t matter.  It’s La Orotava. The prices are aimed at locals. It’s cheap.