Visiting a traditional Tenerife town with our vegetarian friend Jo can often be a hit and miss business when it comes to deciding on a lunch venue. As a resident of La Gomera she’s had her fill of pimientos de Padrón, tablas de queso and tortilla español, so traditional Canarian menus have little left to offer her.

However, when the traditional town is sophisticated La Orotava, there isn’t quite the same problem.

In fact with El Ayanto near Plaza de la Constitucion the problem was more being spoiled for choice. Although not a vegetarian restaurant, the select menu has as many non-meat options as it does meaty fare. 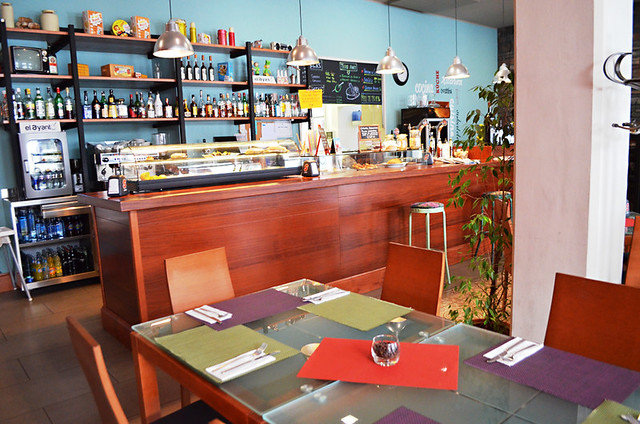 El Ayanto is one of the new breed of Canarian restaurants; the décor is modern and sleek with stylishly tasteful calming colour schemes. There’s also enough traditional tasca ingredients and personal touches so as to not feel cool and over stylised. It’s chic and contemporary but still has that particularly friendly casual Canarian vibe we love in restaurants in traditional areas of Tenerife.

It has the feel of a place where you could pop into for a coffee, cocktail, tapas or something more substantial whether it is night or day or you’re on your own or with a group. Simply put, it has a nice feel to it. 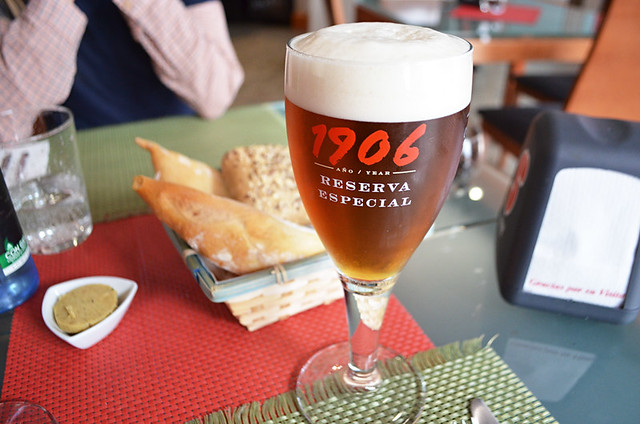 The waiting staff were patient and friendly, taking time to talk us through the menu as well as explaining where the restaurant’s name came from (it’s a reference to the Spanish equivalent of a ploughman’s lunch).

The Food at El Ayanto
The menu features mainly modern tapas type dishes, including a great range of creative montaditos (open topped sandwiches) but there are hearty dishes as well. Last time we visited we had a bowl of steaming chickpea stew to start which more or less finished us off. 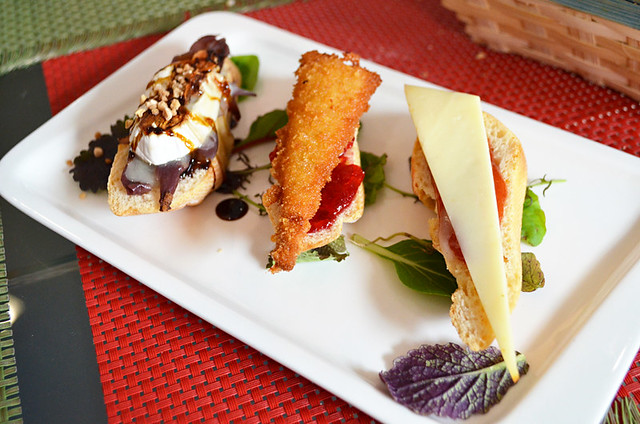 This time, after munching on a selection of artisan breads and flavoured butter (more and more common as an appetiser on Tenerife), we chose a montadito each to limber up the tastebuds – manchego and jam (simple but nice), fried Camembert (savoury, sweet and better) and French goat’s cheese, dates, walnuts and miel de palma (most flavoursome of the trio).

Instead of wine, we were persuaded into trying a coppery cerveza, 1906 Reserva Especial which was concocted in 2006 to commemorate the centenary of the brewery who made it, Hijos de Revera. It was a good match for the tapas, having a stronger character than the more local Dorado. 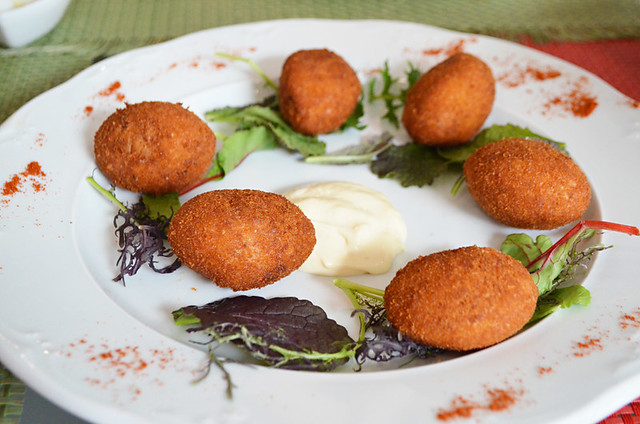 The montaditos were followed by a plate of homemade crispy croquetas with alioli (garlic mayonnaise) and then the pick of the tapas lunch, yummy melted provolene cheese sweetened by a blackcurrant sauce.

Finally we rounded lunch of with vegetarian spring rolls (not your average tapas dish). Although good, they could have done with a bit more personality. 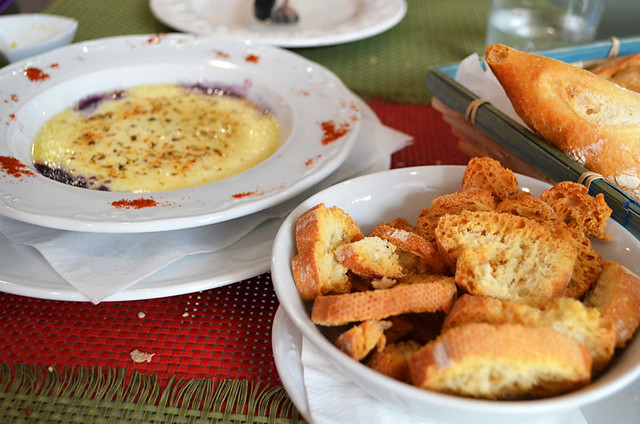 As we lingered over lunch various other customers came and went; a mature couple, a trio of middle-aged women taking a break from shopping, a group of giggling girls, a young couple gazing into each other’s eyes over their steaming café cortados. All locals.
Last time we were there it was the same. I wonder if most visitors miss it because it’s located on the part of Calle San Agustin which curves behind Plaza de la Constitucion. Whatever the reason it’s a super gastrobar which deserves more custom from non-Canarios.

Easter on Tenerife, the Sound of Silence

Brotherhood after brotherhood wearing capirotes of royal purples, midnight blues, scarlet, emerald and black, parade silently through streets that come with a… […]