A couple of months ago we posted a photo on facebook of long grass topped by soft, fluffy flowers which swayed in the gentle breeze (you couldn’t see them swaying as it was a photograph, but they were).  A friend commented there seemed a lot more of this plant around than usual. She wasn’t wrong. 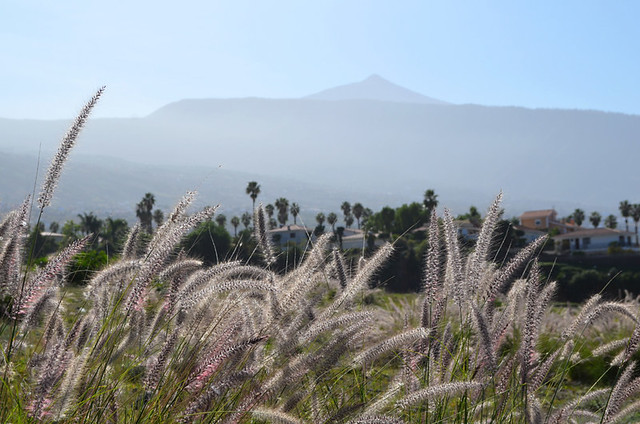 The landscape in parts of Tenerife is covered in seas of rabo de gato (cat tails) this year.

Whether it’s because of the lack of rain combined with the unseasonably hot weather we’ve been having on Tenerife or, as local environmentalists claim, the indiscriminate use of strimmers on the part of road maintenance workers, spreading seeds far and wide as they strafe plants with their machines, the result is there’s far too much of the stuff.

In English we know rabo de gato as purple fountain grass or African fountain grass (pennisetum setaceum). But the Spanish name better describes the soft tuft at the end of the grass’s long stem. It feels lovely to run your hand through clumps of the grass, like running your fingers along a cat’s tail without the risk of being shredded by claws as a result. 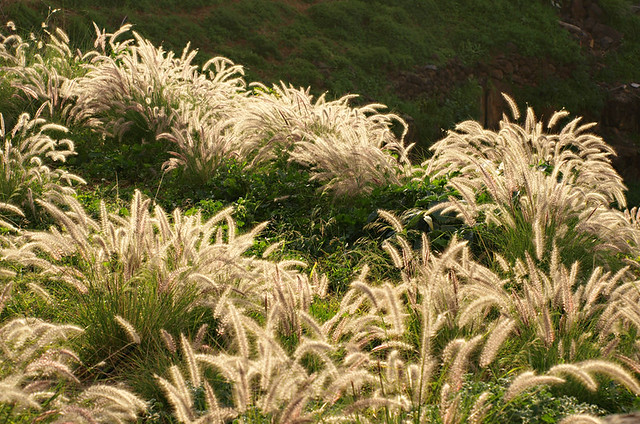 The irony is that in Britain rabo de gato is popular as an ornamental plant, which is how it arrived in the Canary Islands. Gardening websites describe it as a ‘tender perennial’. On Tenerife it is anything but tender, here it’s a wild party animal sowing its seeds like there’s no tomorrow.

In Britain the plant struggles to survive the winter, on Tenerife it’s like the cockroach of the plant world, virtually indestructible. You can burn it, trample it and even try to poison it and it will return to wreak havoc on less robust indigenous species. It loves sunshine and dry ground and despises the cold and damp. You can see why it thrives on Tenerife.

Such is it’s ability to spread, the Medio Ambiente (Spain’s equivalent of the Dept of Environment) have strict guidelines about how it should be dealt with by council workers. These involve carefully removing the tufted heads before cutting the plant. If one seed is dropped the plant will go on to live another day. Environmentalists claim some of the workers who maintain roadside verges (a spot loved by the rabo de gato) aren’t as careful as they should be. 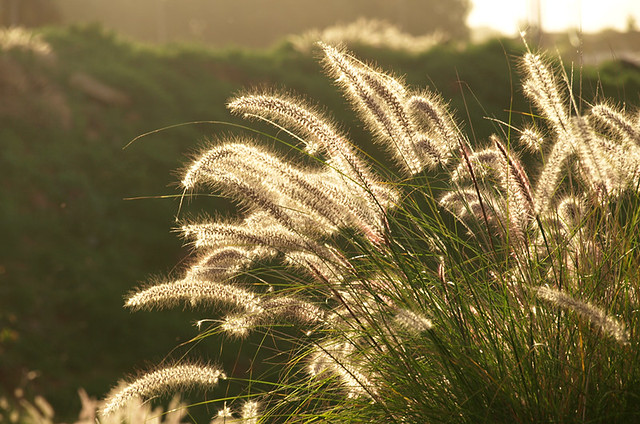 I didn’t know any of this until recently. To me it’s always just been a pretty roadside grass which looked especially lovely with the early evening sun illuminating its tufty head.

And every time I ran my hand through those soft cat tails I was an accomplice in its devious plan of island domination.

Don’t grass me up to the Medio Ambiente.

Mesón del Norte sits overlooking the El Palmar Valley, on a level with where buzzards soar. I know this as there was one eye-balling me as we parked the car… […]