It’s a real fun in the sun month. 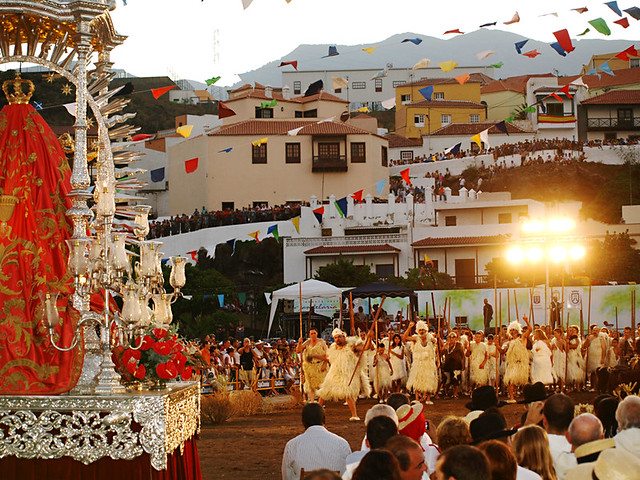 Fiesta de la Virgen de Candelaria, Candelaria (14/15 Aug)
The celebration of the arrival of the black Madonna during the age of the Guanches on Tenerife sees Canarios from across the island make their way on foot to Candelaria. Up to 100,000 pilgrims pack out Candelaria during the main fiesta days. The afternoon and night of the 14th is when the romería is held and the re-enactment of the sighting of the ‘Virgen’ takes place has to be seen to be believed. The 15th is more serious with solemn processions around the Basilica.

The Romería de San Roque, Garachico (16 Aug)
One of the nicest romerías on Tenerife mainly because it’s in one of the most picturesque settings, Garachico. Apart from that it’s the usual extravaganza of decorated carts, locals in traditional dress, lumbering oxen, goats, donkeys and lashings of food and wine being handed out from carts. Tip: don’t stand on a corner of a narrow street or you might find yourself far too close to some mammoth sized oxen. Also, as part of the Fiestas Lustrales this month, the ‘once every five years’ Fuegos del Risco, takes place this year (2 Aug) when fireballs are rolled down the hill, replicating the lava flows from the eruption in 1706. It’s an incredible sight and very, very busy. 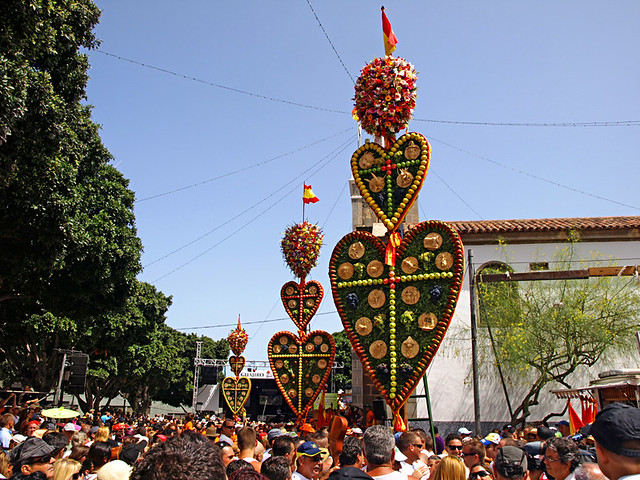 Hearts of Tejina (Corazones de Tejina), Tejina (30 Aug, Midday)
One of Tenerife’s ‘quirky’ fiestas with three beautiful, giant hearts made from fruit and pastries depicting local life and scenes being paraded through the towns streets before they are erected outside of the church and abused by the creators of the other hearts. Again like most Tenerife fiestas there are other events taking place around the main day.

Fiestas de Alcalá (15 August)
One of the most popular firework shows of the year in the south of Tenerife takes place off the coast of the small fishing town of Alcalá in the sunny south west. The intimate fiestas last for a few days but what everyone wants to know is ‘when do the fireworks go off?’ There seems to have been some confusion this year, partly thanks to the local council never getting decent information out in time. But it’s normally always the same date – 15 August.

Fiesta de la Caleta, Costa Adeje (till 9 August)
More fun with the fishermen in La Caleta in the first third of the month with events, concerts and dances. The main highlight is the Virgen del Carmen procession which takes place from midday on 9 August. 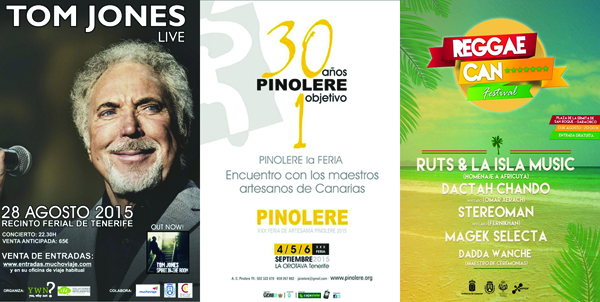 Tom Jones, Santa Cruz (Recinto Ferial, 28 Aug, 10.0pm, tickets from €65)
The Sex Bomb arrives on Tenerife this month to perform in the capital at the Recinto Ferial. Expect the classics as well as songs from Tom’s last album Spirit in the Room. More info here.

Maná, Santa Cruz (Heliodoro Rodriguez Lopez Football Stadium, 21 Aug, 10pm, tickets from €33)
The name might not be familiar to Northern Europeans but Mexican rock band Maná are huge in the Spanish speaking world, attracting 15,000 fans the last time they performed on Tenerife a few years ago.

Sansofé, El Médano
Sansofé starts in July in El Médano but the juiciest events take place in August. Highlights are the Festival of New Talent (7 and 8 August, 9pm) and the Folclórico de los Pueblos featuring traditional acts from across the world (19 to 23 Aug). There’s a lot more going on as well.

Pinolere, La Orotava (Ethnographic Museum, Pinolere, 4 to 6 Sep)
We know the biggest and best artisan fair on Tenerife is in September, but as it’s near the start of the month we thought we’d make sure you knew about it now.  The best and most unique handicrafts as well as music, food stalls and kiosks and craft workshops as well as loads more.

PWA World Cup, El Médano (Playa del Cabeza, 3 to 9 Aug)
There are even more windsurfers than usual as the PWA rolls into town with this important World Cup event. August in El Médano is always a busy and buzzing month. 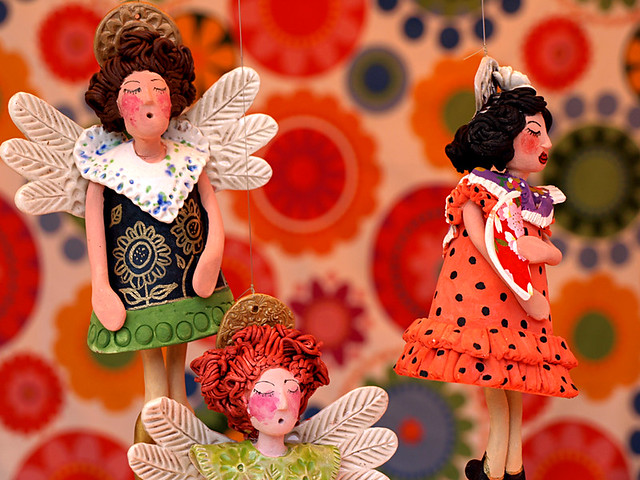 Bavarian Week, Puerto de la Cruz (18-29 Aug)
I never really get excited about this week of Bavarian music, beer and bratwurst in Puerto de la Cruz. Don’t get me wrong, I like Bavaria and if there was genuine Bavarian beer at the Fiesta de la Cerveza on 29 August in Plaza Europa I might feel a bit more enthusiastic. Dorada is nice, but it’s not quite the same as the real thing.