July is a hot month in both temperature terms and events on Tenerife. You could lie on the beach and soak up the sun, but you’ll be missing out on a lot of good stuff ranging from open air concerts to fiestas and a music from the movies festival. 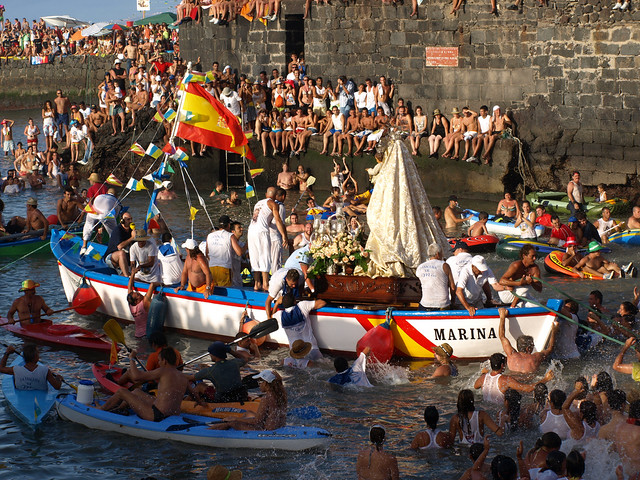 Virgen del Carmen Fiestas
It’s the time of year for Tenerife’s fishermen to cut loose and party. The serious part of the Virgen del Carmen fiestas involves carrying her through the streets and onto a waiting boat for an annual cruise. The fun part is the music, games and usually sea themed frolics (pole sliding is particularly good) that go along with the celebrations. Puerto de la Cruz (14th) is the place to be as the Dia de la Embarcación forms part of the town’s fiestas patronales which last from 1 to 20 July. There’s partying the whole day before the ‘Virgen’ goes on her little trip late afternoon/early evening. The Sardinada the previous night is also good fun, if you like lashings of wine, sardines and lively Latino bands.
There are celebrations in other fishing communities around Tenerife, although some don’t celebrate the Virgen del Carmen on the official date.

The Día de las Tradiciones
Step back in time 50 years in Chirche (Guia de Isora) on the 12th when life in the town returns to the way it was before tourism changed their world. Houses are decked out the way they would have been decades ago when life in Tenerife’s hills revolved around agriculture. There are demonstrations of the ‘old ways’ from 10.00am. 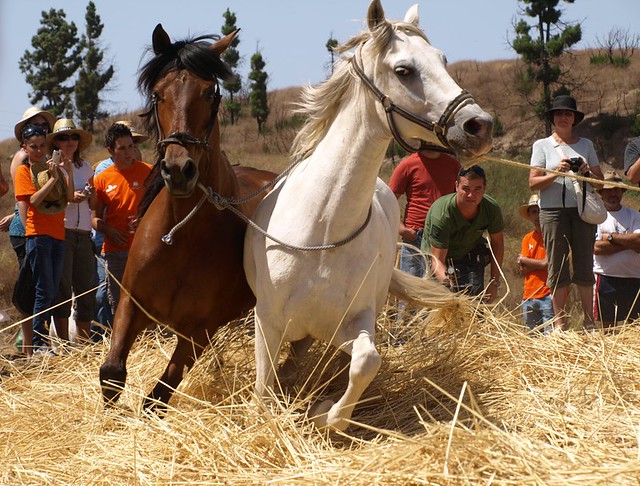 Dia de la Trilla
A favourite of ours and more Tenerife time travelling; a small and simple affair where horses and oxen thresh wheat, people sing and everyone wears a straw hat. Also usually good for picking up local cheeses and breads. San José de los Llanos in El Tanque on 25 July.

Romeria de San Benito Abad, La Laguna
One of the biggest romerias on Tenerife takes place in La Laguna on the second Sunday of July (12 July from Midday). There are various events throughout the month in Tenerife’s former capital.

Fimucité Tenerife International Music from the Cinema Festival (Santa Cruz, Tenerife Auditorium, 3 to 11 July, tickets from €15)
The festival for those who like classical music and movie soundtracks. Every year Fimucité has a theme, this year it is Back to the Future with concerts covering movie themes from the 90s, Anime movies, the French Connection (classic French films, not the one about drugs with Gene Hackman) and a final gala featuring movie themes and songs from 1985. Click here for full details and concert prices. 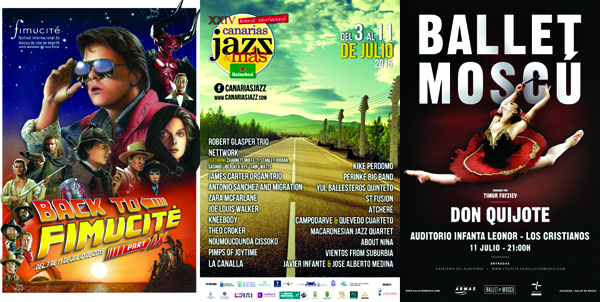 Evita, the Musical (Santa Cruz, Auditorio de Tenerife, 4 to 7 July, tickets from €30)
The classic crowd-pleaser Evita is performed at the Auditorium this month. Of course in this version you get ‘No llores por mi, Argentina’.

XXIV Jazz y Más (Various Venues, 4 to 10 July)
There are five concerts on Tenerife as part of the annual Canary Islands Jazz Festival with three free concerts this year, two outside the Auditorium in Santa Cruz from 8.00pm on 9 and 10 July, and one in Plaza Europa, Puerto de la Cruz on 4 July at 9pm.  There are 3-4 bands/singers at each with Puerto’s feature Britain’s jazz sensation, Zara McFarlane.

Elite Festival (La Orotava, Parque Doña Chana, 11 July, 7pm, €10 with a beer)
One of our favourite Canarian bands, The Good Company, forms part of a line up of eight bands and DJs in Tenerife’s classy town, La Orotava.

God Save the Queen World Tour (Costa Adeje, Magma Centre, 18 July, 9.30, Tickets from €25)
It might be a tribute act, but it’s a world class one in Tenerife’s main tourist resort this month. 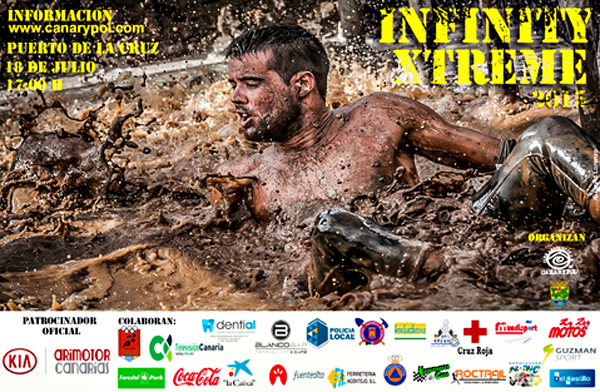 Artisan Fair (Garachico, 4 and 5 July, 10 till Midnight)
Pick up some unique handmade crafts whilst strolling through Tenerife’s prettiest town.

Rute de la Tapa San Benito (La Laguna, 1 to 31 July)
The king of Tenerife tapas routes? There are nearly ninety bars and restaurants participating. If you eat at three a day all through July, you can get around them all and still have a day’s rest. It’s €3 for a tapas and a drink.

IV Papa Bonita Gastronomic Fair (Los Realejos, 10 July to 2 Aug)
The northern town celebrates one of Tenerife’s delicious speciality potatoes. What does it involve? Who knows? They’ve omitted the details from the council website. But there’s a nice poster… with no information apart from the dates.

Whilst these are our pick of the most interesting events on Tenerife, there is an overwhelming amount of interesting activities on Tenerife each month. Many of these won’t be publicised until the last minute. Cultural Centres are excellent places to find out what’s happening wherever you are on Tenerife.