I’m not a big fan of model villages, at least I didn’t think I was until I visited PuebloChico in La Orotava about six years ago.

The model village set in lush gardens and featuring the best of the Canary Islands in miniature completely changed my mind. The detail in the model historic buildings that I’d seen first hand on Tenerife and the other islands was amazing – almost brick perfect. But the thing that captivated me most of all was that the street scenes were full of life. 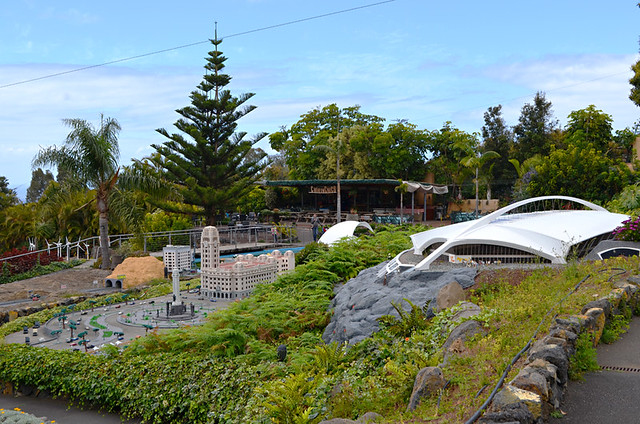 Mini Canarios, and mini visitors, added a surprising element to the place. It was as much fun to scour the little people to see what they were up to. Each model scene was filled with exactly the sort of goings on that you’re likely to witness when you explore the island. And there were loads of witty touches. 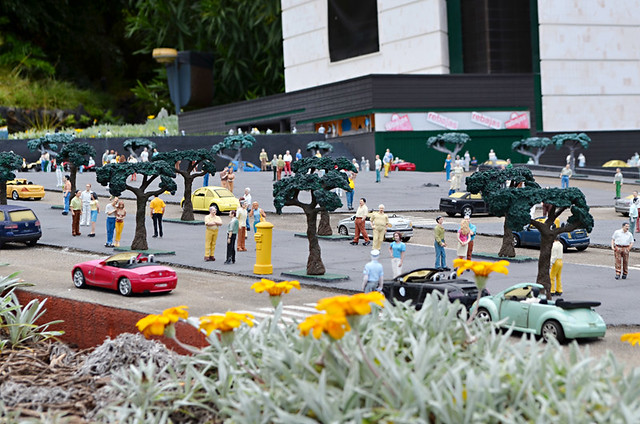 Lost hikers asked for directions from a farmer in a banana plantation; a Jeep was stuck in Fuerteventura’s sand dunes; a workman munched on a bocadillo on the roof of a building, a dog chased a pizza delivery boy; a small boy spied on his voluptuous neighbour sunbathing naked on a rooftop terrace… and so on. 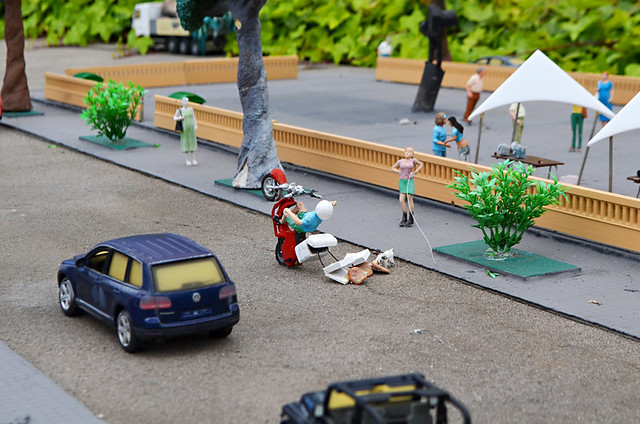 It was a lot more fun than I expected. And, hearing that the little people changed their clothes and what they were up to depending what time of year it was, I looked forward to returning to see what other antics they got up to.

Time marches on very quickly and somehow more than half a decade passed before we decided it was time to visit the little people once again. 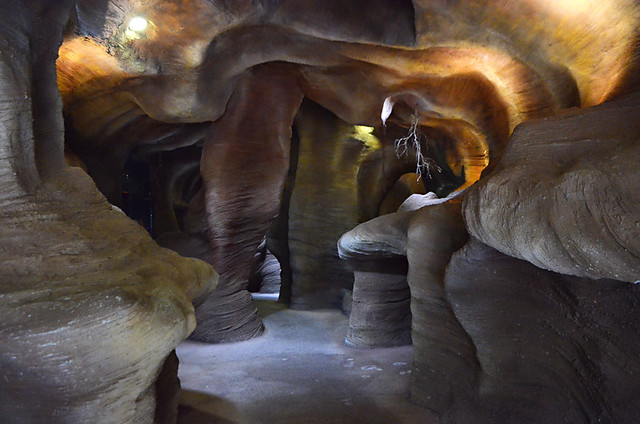 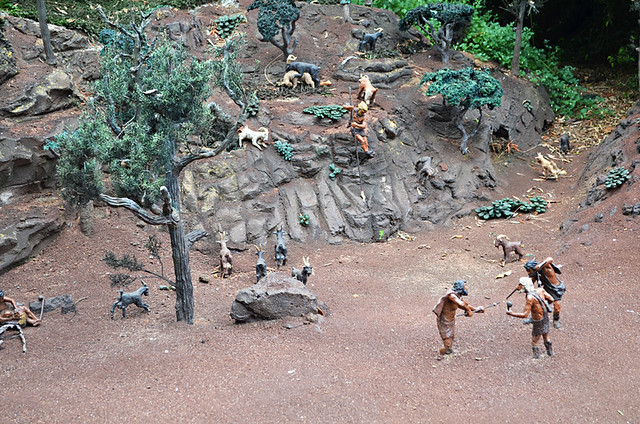 As a complete contrast to this primitive world, the roaring of jet engines as a plane taxied along Tenerife South’s runway showed how Tenerife’s world had changed. All was looking good in the small world of PuebloChico.

But the moment we turned from the airport to see what was going on in rural scenes, a feeling of disappointment started to creep in. There were no lost hikers amongst the bananas and no Canarian wrestlers battling it out in the wrestling ring. In fact the little rural village was almost completely empty of residents… save for a small lizard (I’m sure he was there last time). 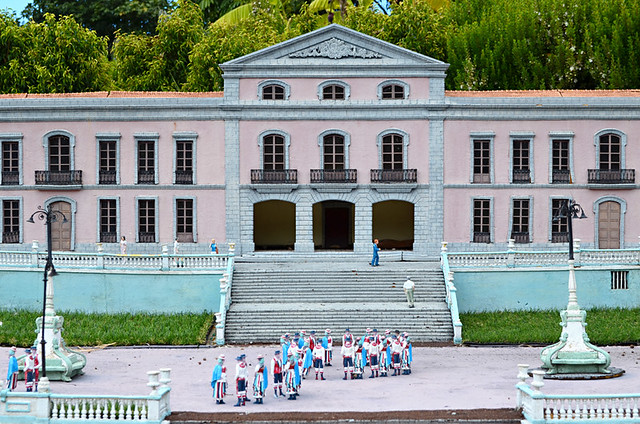 Similarly, Tenerife Auditorium looked splendid, but the port around it was a bit of a ghost town. Things improved from there on and the little people filled the streets of Santa Cruz and La Laguna. The mini mannequins in the windows of El Corte Inglés were in bikinis, ready for the summer season. And there were changes to some scenes, like dancers in traditional dress in front of La Orotava’s town hall instead of the sand tapestry we saw last time. But some of the little folk were looking a bit faded and apart from a zip line over the park (closed) and a café, there was nothing new. All in all it looked like the little people needed a wee bit of TLC. 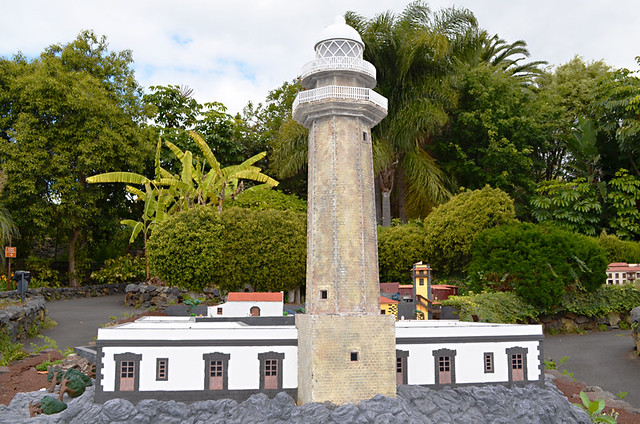 We continued through the exotic plants (conveniently labelled) and past more Canary Islands’ highlights till we completed a circuit and reached the exit where ‘magic’ mirrors played havoc with our body shapes, resulting in us leaving PuebloChico with smiles on our faces. 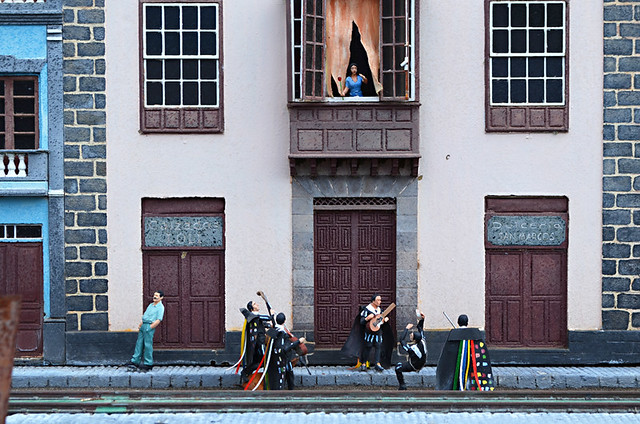 It was quite interesting that we had a first time visitor with is (my mum) and she really enjoyed PuebloChico whereas we were disappointed that there had been an apparent lack of investment in the upkeep and development of the park.
Don’t get me wrong. It was good and we enjoyed our return visit. But our verdict was ‘not as good as it had been’. 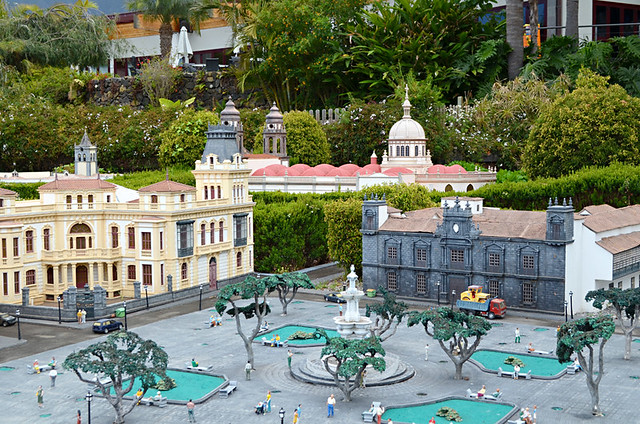 Six years ago we thought the entrance fee was on the steep side, but worth it. The entrance fee has gone up to €12.50 (non-resident adults) but PuebloChico hasn’t improved in line with the increase.

Fact file: PuebloChico us located beside exit 35 from the TF5 on the border with Puerto de la Cruz; open every day from 10am till 5pm; entrance is €12.50 adults (€8.50 residents), €6.50 for children aged 4-11 (under 4 free). Anyone who wants to ‘zip’ across the park should contact PuebloChico before visiting to arrange/check times.

The Art of Strolling in Puerto de la Cruz

The streets between Calle Puerto Viejo and the coast are far quieter and home to pastel cottages, hidden restaurants and lesser known plazas. […]