It was our friend Jo who first mentioned the word ‘bruma’ to us, long before we moved to Tenerife. We were visiting her on La Gomera, sitting on her terrace on the edge of the Garajonay National Park in the sun, drinking beer and marvelling at views that consisted of lush valleys beyond which lay a huge mountain, El Teide on Tenerife.

As we enjoyed the late afternoon sun a few light clouds drifted into the valley. Before we knew it, the sunshine was blotted out, replaced by a bone-chilling, damp mist. We could hardly see the end of the terrace let alone the other side of the valley. It was a dramatic transformation and we hastily retreated indoors in search of warmth. 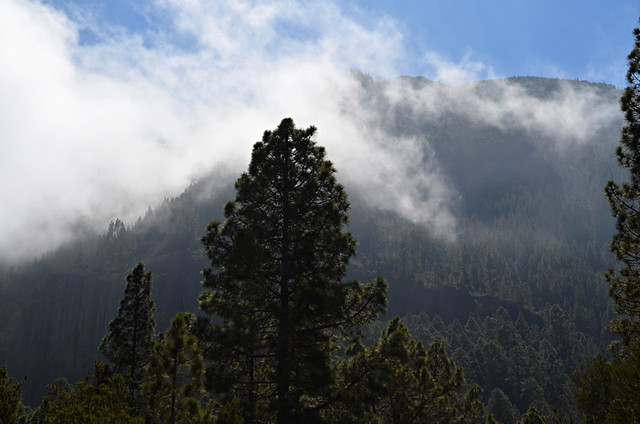 It was bruma, a dense mist formed by minute particles of water in the air. It’s a weather phenomena which is particularly common in the Canary Islands, the western ones especially as it tends to be most prevalent between 600 and 1000m, right where our friend Jo’s house is located.

Occasionally it affects lower areas, even reaching the coast. There was a quite stunning example of this in April 2017 when Santa Cruz was cloaked by bruma from the sea. Some of the photos published online at the time were breathtakingly stunning. 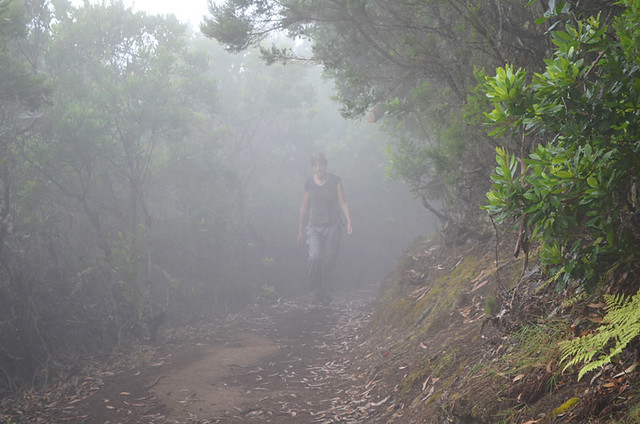 The first time we experienced bruma on Tenerife was whilst walking in the Orotava Valley. We stopped for lunch at a choza, a covered hut with open sides which is ideal for having a mid-walk picnic. It was sunny and warm so we were wearing shorts and tee-shirts. As we munched our jamón y queso butties we watched, fascinated, as wispy fingers weaved their way around the trees like forest sprites. It could have been a scene from the Hunger Games. Soon we were surrounded, the wispy fingers blended into a dense fog and we were enveloped in chilly, damp bruma, our clothes offering nil protection to the cold.

Since then we’ve found ourselves wrapped in bruma many times. But also since then we’ve been prepared, packing fleeces and waterproofs in rucksacks when walking in areas prone to bruma, like Anaga, no matter what month of the year. Even in hot August it’ll chill you to the bone if it creeps up. 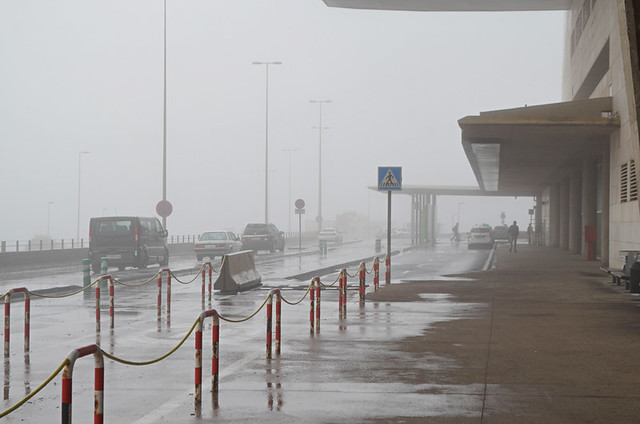 Apart from chilling to the bone, bruma is actually quite beautiful to experience (unless you’re hoping to catch a plane from Tenerife North Airport at a time of year when it’s responsible for delays and flight cancellations to other Canary Islands). It adds an ‘enchanted’ element to the Canary Islands’ ancient laurisilva forests where the thick mist combined with twisted, mossy trees creates scenes which are like something from a fairytale. 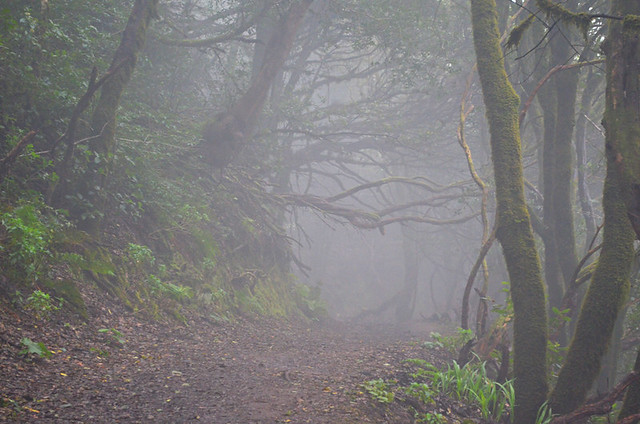 We often drive through bruma when travelling from the north coast to Teide National Park, breaking through the mist into the intense blue of the sky up there has never lost its wow factor, even though we’ve experienced it countless times. 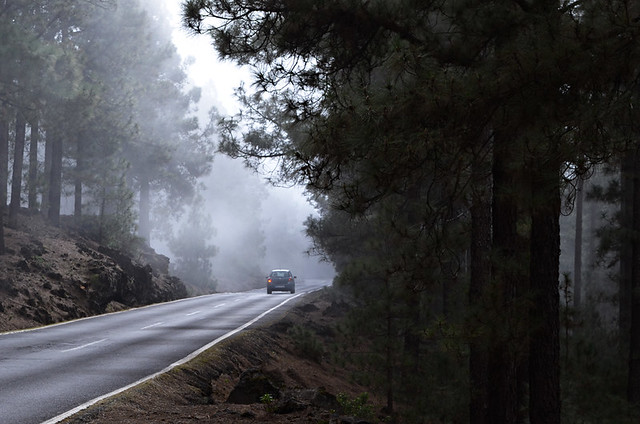 As well as being visually fascinating, bruma is a good friend to the island’s flora and human population. The water particles in the mist nourish thirsty trees, leaving branches dripping with water as it passes. This is when it’s called horizontal rain. We take water for granted now, but in the past this horizontal rain was a lifesaver. El Hierro, despite it being one of the wettest of the Canary Islands, is the only island where people in the distant past have actually died of thirst during drought years. It seems incredible but although far more arid, Lanzarote and Fuerteventura have underground springs which flow even during drought years. El Hierro’s springs completely dry up when there’s drought. Subsequently the indigenous population were reliant on horizontal rain, worshipping a tree, the Garoe, which supplied them with water from the bruma. Some islanders discovered how to extract water from the bruma themselves, they were known as the mist collectors. 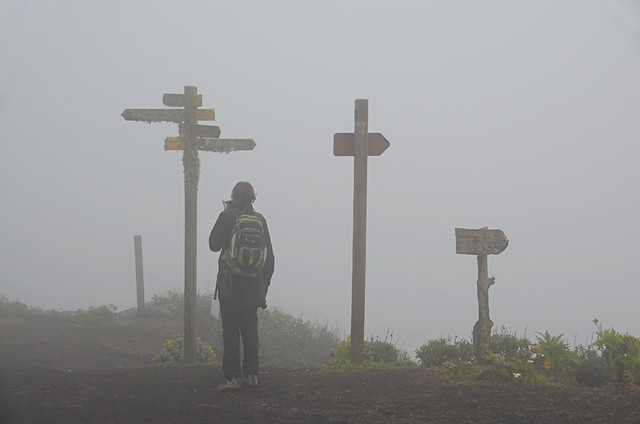 All of this makes the low cloud seem much more than just another weather phenomena, it makes bruma an essential ingredient in the life of the islands. I’ll try telling myself that again next time a flight I’m due to catch to La Gomera or La Palma is cancelled thanks to it.