The Canary Islands are not a colony of Spain, they’re a part of Spain.

I’m reclining in a wicker chair in the cobbled courtyard of a colonial mansion that dates back to a time when Spanish, British, Italians and Portuguese settled or passed through this part of Tenerife on their way to a brave new land, the Americas.

The house is surrounded by a green carpet of bananas stretching to waters that roar defiantly as they crash against the low cliffs; the Atlantic. There’s not a lot of land between this spot and the New World. 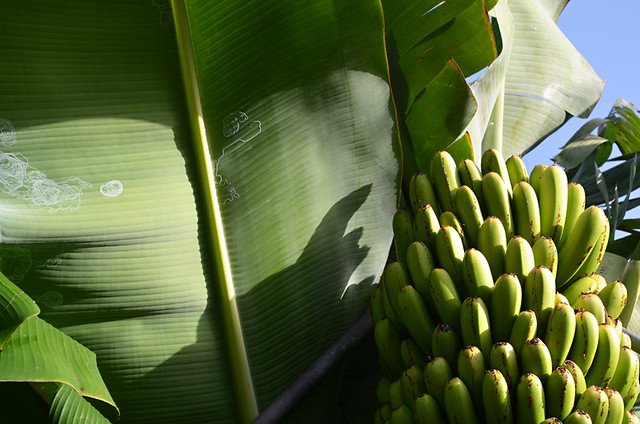 It’s nearly midnight on a sultry September evening and although I’m in short sleeves, there are pearls of sweat on my forehead. The bottle of red wine in front of me isn’t quite cool enough despite attempts to bring it to its optimum drinking temperature by submerging it in a sink filled with cold water. It’s as local as you can get, a product from the owner’s vineyard.

The air is still, perfumed by an exotic army of colourful blooms and ripe fruits. 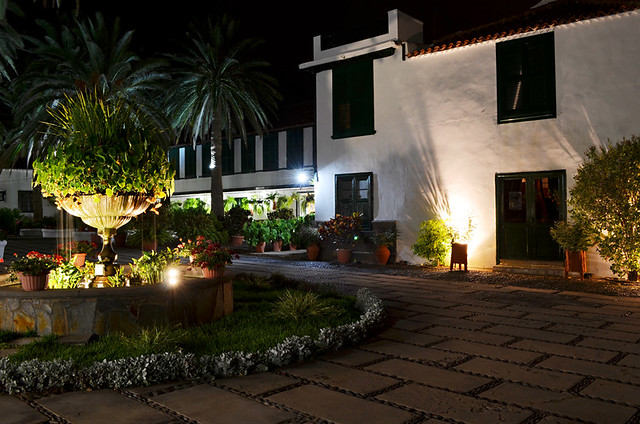 Above the sound of the playful waves I can hear a fiesta in a nearby town. The noise from the fiesta grows louder as the night grows later. It’s not intrusive, quite the opposite. It lends an appropriate soundtrack to the setting.

The music that ruptures the rural silence is neither flamenco nor Spanish guitar. It is Latino, as sultry and steamy as this late summer night. At the fiesta, couples of all ages will be making their hips do things that static Northern European ones can only dream about.

Earlier in the day my lunch consisted of fried corn pancakes, arepas, filled with spicy, shredded beef and avocado with chicken. The pancakes are a speciality of Venezuela, with which Tenerife has closer ties than mainland Spain. 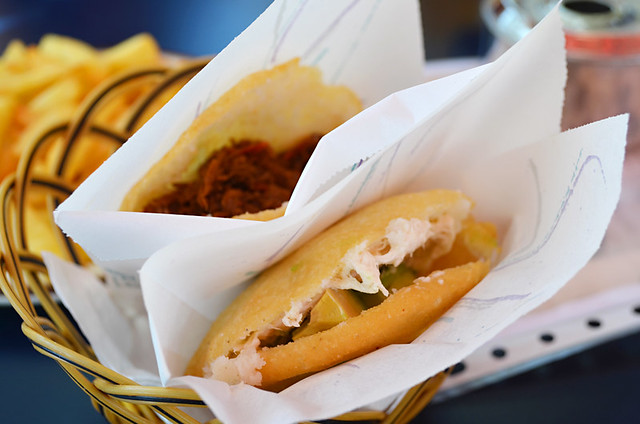 A statue in the main plaza in the town to the other side of my temporary colonial home is not of some Spanish hero, but of the liberator of many a Latin American country, Simón Bolívar.

I take another sip of wine and gaze upwards at the outline of tall palm trees that provide a tropical canopy and respite from the hot sun during daylight hours. Their emerald fronds match the shade of the wooden door frames and louvred shutters on the elegant house in front of me.

The facts might tell me this is not a colony, this is part of Spain. But from where I’m sitting it feels far more colonial than Spanish.