Recently the Tenerife Tourism Corporation launched a new initiative called Tenerife Buena Gente which loosely translated means that the folk on Tenerife are nice, friendly souls. A few years ago the campaign was Tenerife Amable, which isn’t a million miles away from the same sentiment.

Basically, it’s all about encouraging locals to go the extra mile to make sure visitors feel the warm cosy glow of friendly, island love.

The thing that puzzled me was why feel the need to tell already friendly people to be friendly? 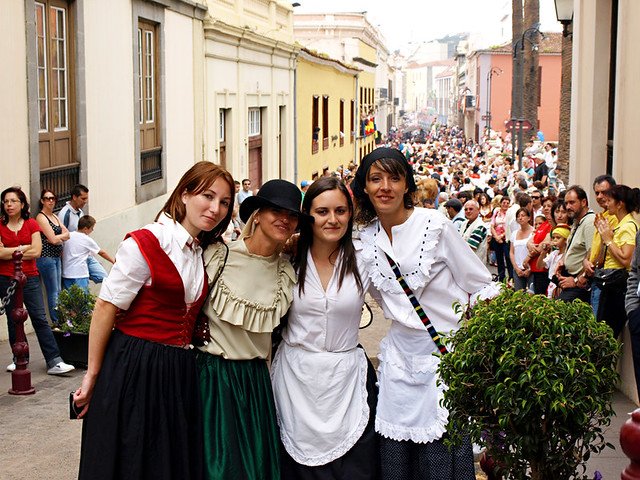 In the ten years we’ve been on Tenerife our overwhelming experience of the Canarian population has been extremely positive. It hasn’t mattered whether it’s on the streets of the island’s busiest cities, in its quietest towns, on its rural walkways, or amidst a crowd of fiesta revellers at four in the morning, our experiences have backed up that Tenerife is indeed ‘amable’. It’s one of the most amable places we know.

Then I read comments on a Daily Telegraph article about the campaign and realised that, not for the first time, I’m living on an island that exists in a parallel universe.

In that other place, locals were ‘ignorant’ treating visitors as though they were stupid and trying to rip then off. The ‘Spanish’ were grumpy and not at all friendly and apparently Spanish youths are more and more ‘binge drinking, topping up with cheap vodka, sitting in underpasses smoking dope and crack.’ Of course they are. 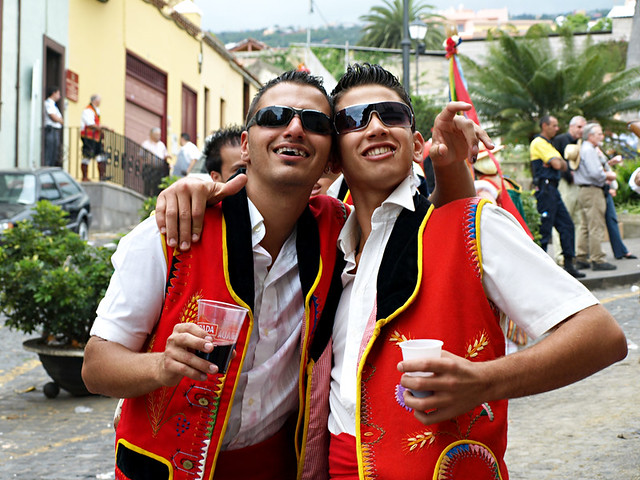 When we first moved to Tenerife an expat warned us of the trouble they were experiencing with local youths. Apparently they were congregating in the area she lived, playing their guitars and singing. The horror.  Coming out with this sort of stuff to someone who has lived in inner city Manchester really didn’t have me questioning our decision to move.

The interesting thing about the ‘experts’ who comment negatively on things like this is that they nearly always use the term Spanish rather than Canarios, which throws doubt on their credibility as people who know what they’re talking about when it comes to Tenerife or any of the Canary Islands.

But clearly some people genuinely feel that Tenerife isn’t friendly and these people, generally speaking, tend to stay in the purpose built resorts.

In defence of the purpose built resorts, we’ve spent a lot of time in them and our experiences of people’s friendliness has still been a positive one. But if I were to quote the rare instances that I’d encountered people who weren’t as friendly as those I was used to meeting, nearly all of those instances would have taken place in one of the resort areas.
Saying that, the two occasions that wound me up the most didn’t involve Canarios, Spanish or South Americans. They involved a British bar owner and a British restaurant tout. 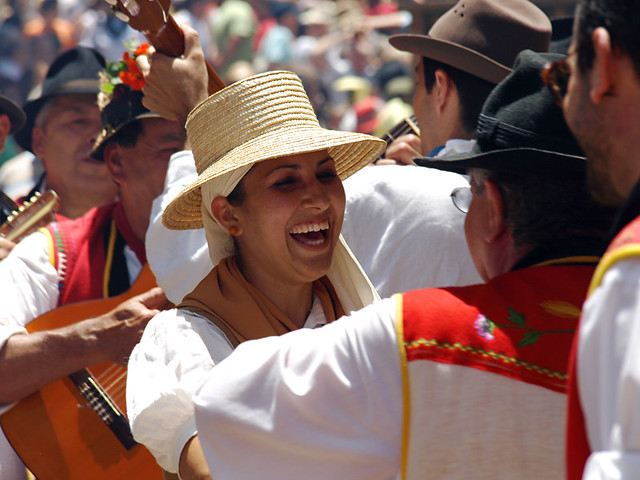 It still begs the question why would some people in resort areas feel that the locals were rude when it has been a rarity as far as our experiences go?

Recently a facebook friend posted they were sitting in a tapas bar in Las Américas when a British couple came in. The man took one look at the tapas and announced loudly that no way was he eating that muck.

No amount of campaigns urging me to be friendly would make me want to extend the hand of friendship to someone like that.

Is Tenerife friendly. Yes it really is.  But even people who are naturally ‘buena gente’ won’t respond well to ignorant and disrespectful behaviour.