Our Overall View
Simply put, we love the Grand Hotel Mencey. We love the style, the vibe, the rooms, the location, the food. It is a classy hotel yet one that has a typically down to earth Canario heart. 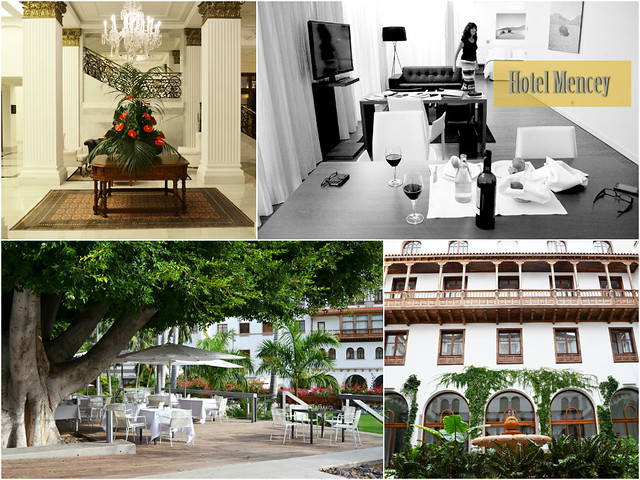 Where is the Grand Hotel Mencey?
The Grand Hotel Mencey lies almost opposite Park García Sanabria, just off La Rambla in Santa Cruz. The capital of Tenerife isn’t a particularly big city, so it’s not far to walk to most main attractions and shopping centre. There are some very good restaurants nearby, La Rambla to stroll dreamily along and the best park on Tenerife opposite the hotel.

What is the Grand Hotel Mencey Like?
The Grand Hotel Mencey is a throwback to the days of glitz, glamour and old school 5 star luxury which is no doubt why it’s one of the Iberostar Grand Collection hotels. Colonial and grandiose yet modern and sleek at the same time. Pristine pillars, a sweeping staircase with ornate railings featuring the gold MH motif and leafy courtyard with a traditional stone fountain overlooked by a tea wood balcony blends easily with wooden decking, slate and white chic outdoor seating areas. It’s a combination that works extremely well.

Facility wise there’s an extensive gym and spa in a separate building and an outdoor swimming pool in the gardens. The Mencey has a bar that feels like a proper bar and the barman does a seriously mean G&T. In fact the bar has such an ambient atmosphere it nearly made us late for dinner. For the lovers of quirk, there’s also a terrapin pool. 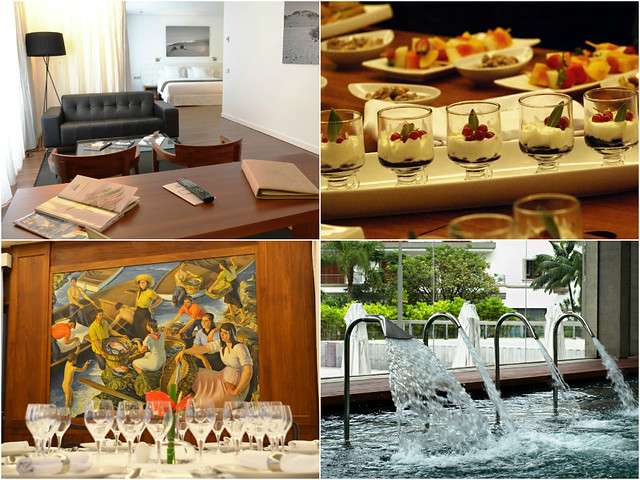 What are the Bedrooms Like?
Think Don Draper. Rooms have a Mad Men sleekness to them. Clean lines, big comfy beds, good wifi, monochrome Tenerife prints on the walls, mahogany furnishings – simply super cool good looks. I felt as though I should be wearing a sharp suit and clutching a single malt in my hand to do the room justice.

Our room had all that you’d expect from a 5 star – TV, mini bar, hair-dryer, bath robes etc. But the bottom line is that it was comfortable and extremely relaxing to spend time in. 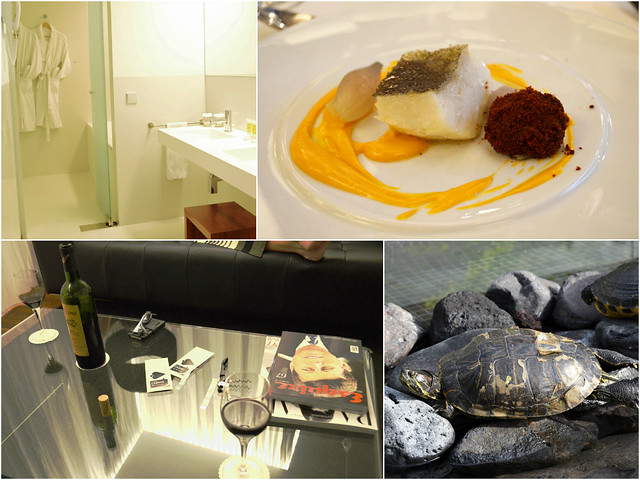 How Good is the Food?
Now we’re really in foodie paradise territory, the Mencey is a wonderful showcase for creative Canarian and Spanish cuisine. As well as the restaurant offering menus to have the juices not just flowing but positively gushing – there’s an 8 course tasting menu for €55 and also a dessert tasting menu – the hotel regularly holds special gastronomic events. Our stay coincided with one of these which profiled top female Spanish chefs, so we were treated to some incredible Michelin star cuisine from the hands of Yolanda León who just happens to hail from León. 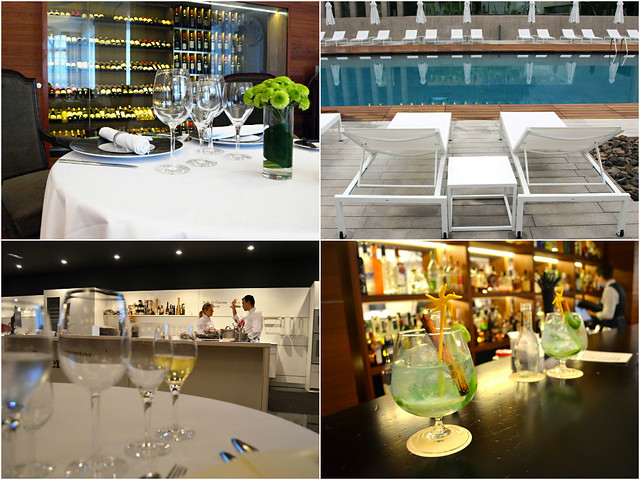 Who Would it Suit Best?
As a city centre hotel it’s clearly perfect for business people. But it’s also a fantastic hotel for people who enjoy food and exploring the real Tenerife, in this case Santa Cruz. It’s pretty romantic as well and ideal for a weekend break.