Talk about a Tenerife cliché – we went to a bar in Playa de las Américas to listen to 70/80s rock music before going to eat British pub grub.

The statement might be accurate, but it doesn’t paint an accurate picture of the reality.

The bar playing 70s rock was the Hard Rock Café and the pub grub was at Empire Modern British Restaurant and Steak House. Neither fit the image of the typical resort British pub.

The Safari Centre in Las Américas is home to a few restaurants we’ve fancied trying for some time. On this occasion we had a yen for some comfort food and we’d heard good things about Empire. 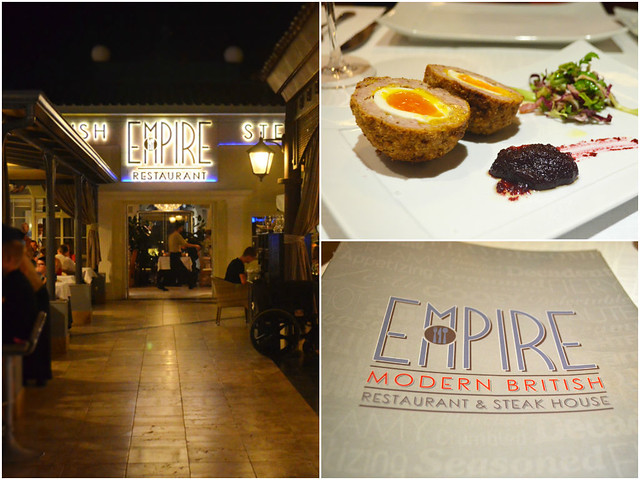 On a hot Wednesday night in October, the Safari Centre was buzzing with people. We figured lots of Brits like to eat quite early so by turning up at 8.30pm we should get a table no problem. Wrong. People were still queueing up to get in. Not many by that time, but enough to mean we had to reserve a table. Lesson learned, next time we’re at the Safari Centre we’ll book in advance – everywhere was rammed. At least it gave us time to whittle down the choice of dishes we wanted to try – fish and chips, steak and ale pie, fish pie, bangers and mash…

Twenty minutes later and we were in, impressed with the girl at the entrance who managed the stream of hungry diners calmly, even remembering Andy’s name when we returned for our time slot.

The décor inside Empire is clean, bright and contemporary. It’s attractive and comfortable without having much of a personality. It simply looks like a tasteful modern restaurant; there’s no hint of any pub-iness, gourmet or otherwise, and the ‘modern Georgian’ description in the blurb on the website is a bit poetic license.

From the start, the professionalism of the staff was evident. They were well organised and proactive. As we were seated we were told steak and ale pie and scallops were off the menu. I was gutted as I fancied the pie. When I mentioned this to Andy, a passing waiter who overheard me mention ‘steak and ale pie’ stopped to tell me the pies were all gone, just to save me wasting time on the menu. It was a nice touch and showed the staff were on the ball. 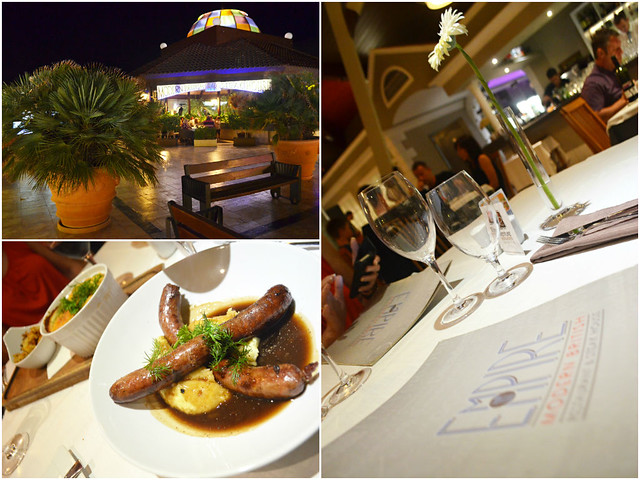 The Food at Empire Modern British Restaurant and Steak House
The menu features some of the best of popular British pub grub. From the meals placed in front of people around us we could see portions were decent sized and presented with flair. The steaks looked juicy and enticing, but we settled for Scotch egg with beetroot chutney between us to start followed by fish pie and bangers and mash.

Despite still being packed, we didn’t have to wait too long for the Scotch egg, conveniently cut into two halves. In fact the timing between courses seemed perfect to us; not long enough to get fidgety and not so short as to arouse suspicions meals weren’t freshly prepared.

The food looked quality and first bite backed this up. The Scotch egg didn’t have as savoury a seasoning as we like, but it was tasty and a perfect starter to get the tastebuds interested.

My bangers were bloody good bangers; proper meaty, well seasoned sausages. With the creamy chive mash and onion gravy they hit the bull’s eye as far as quality comfort food goes.
Similarly Andy’s fish pie was packed with scallops, prawns, salmon and cod poached in white wine and topped with cheesy mash. It was a robust and chunky pie that tasted of fresh fish and seafood. 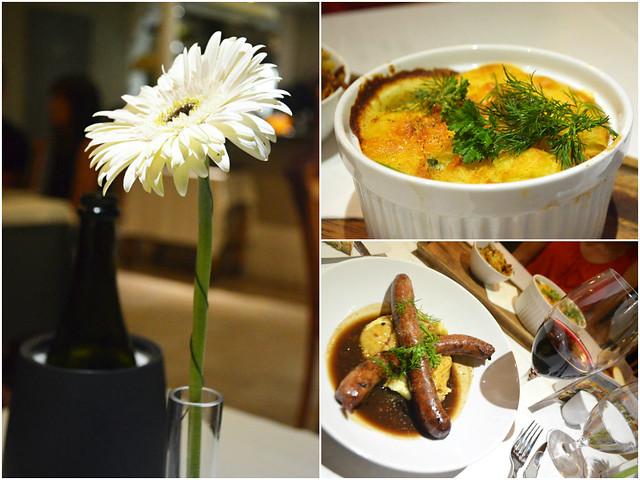 The upshot was a lot of satisfied ‘mmms’ at our table.

By the time we’d enthusiastically polished off the main courses, there was no space for puds. Next time Andy has vowed to dump the starter to make space for bread and butter pudding or rhubarb crumble.

There’s a certain irony in a restaurant in Playa de las Américas specialising in typical British pub grub and charging diners quite a bit more than they’d pay at most of the other resort restaurants with menus that aren’t, on the face of it, dissimilar. However, in reality the difference is massive. Empire simply serves top quality British nosh. Most other places don’t.

We felt it was good value and will go back for more.

There was one negative aspect to the meal. When we paid the bill, the change wasn’t returned. We spent quite a while talking with a couple at the next table yet it still didn’t make its way back to us. Normally I would have grabbed someone but as it happened the amount was less than the 10% I would have left, so I saved a few coins. However, it left a little question mark.

The Hotel Villalba sits high above the forest town of Vilaflor; one of the prettiest towns on Tenerife and part of one of the highest municipalities in Spain. […]

I saw a comment on facebook recently about how difficult it was to interact with the local Canarian population on Tenerife. […]