Overall
The Anthelia is a classically tasteful, luxury hotel which prides itself on its food. Deservedly so we feel.

Where is the Iberostar Anthelia?
The Iberostar Anthelia is in a beaut of a position if you’re looking for quality accommodation in the main southern resorts area of Tenerife. It overlooks the beach at the Del Duque end of Playa Fañabe which gives guests the option of the more upmarket restaurants behind Playa del Duque or the more wallet friendly ones in Fañabe. 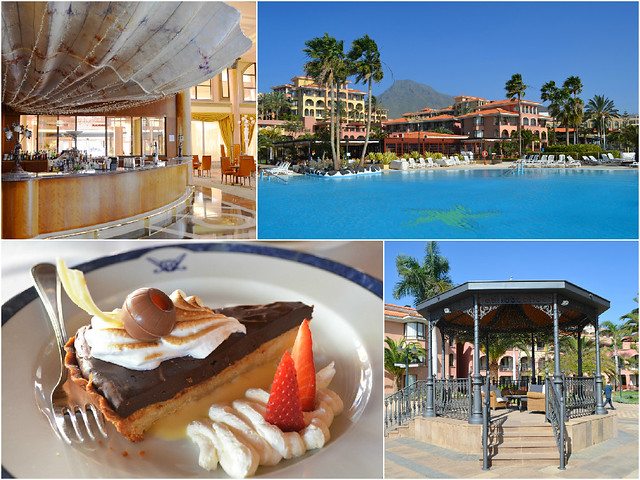 What is the Iberostar Anthelia like?
The exterior of the Anthelia is a series of connected, relatively low-rise, quasi-colonial buildings in fresh, attractive pastel colours. It’s a good looking hotel whose foyer gives a nod in the direction of luxury hotels of the past with a piano lounge that has an art deco feel thanks in part to a curved bar beneath a clam shell. Styles change as you wander around the hotel, another lounge has a faux marquis ceiling whilst the spa/zen areas are a mix of the Far East and contemporary rustic chic. As they’re all in different zones, none of these clash with each other and in fact offer a pleasing contrast.

The grounds are airy and immaculate with nice little touches like a herb garden and an iron gazebo which offers a shady spot to sit with a book. Stand out is the huge main pool which feels as though it extends beyond the coastline. It isn’t heated, which makes a more hidden away smaller pool which is heated more popular. There are three pools in all. 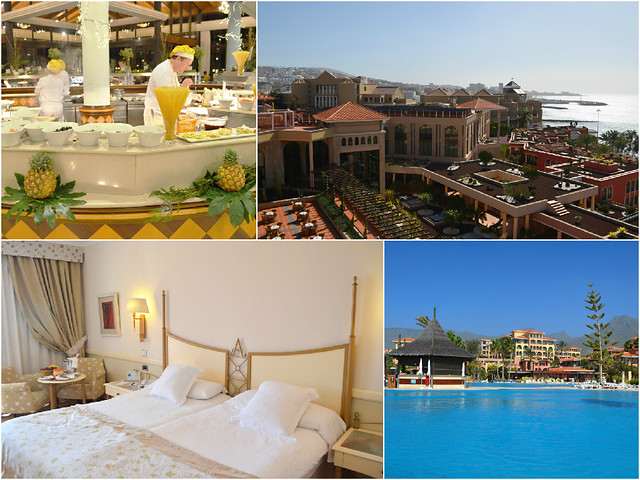 There are plenty of activities to keep guests occupied whatever their age, with both a children’s mini club for toddlers and a maxi-club for older children. For sporty people there’s a good gym as well as tennis and padel courts. Whilst the wellness centre and Thai Zen Space is ideal for guest who think holidays are more about being pampered.

Evening entertainment is slightly different from many other hotels as the Anthelia has its own theatre. There was a magic show when we were there which was like a throwback to variety shows on telly when I was young, but the mainly Spanish guests lapped it up. There was also a singer performing in one of the lounges, so a couple of options. 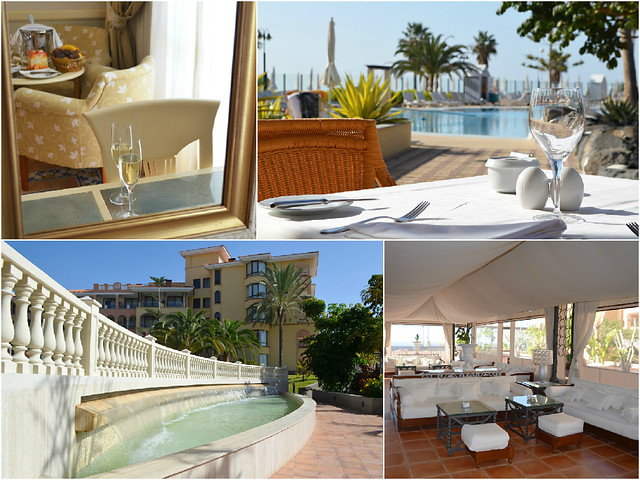 What are the Bedrooms Like?
The room we had was large with white and pale gold décor and furnishings, more tasteful than packing any wow factor. Flat screen TV, free WiFi, bath robes, hair-dryer and minibar come as standard. A couple of chairs and a table provided a place to sit inside when the temperature cooled down on a balcony which had views along the Costa Adeje coast and of the sea. It was a comfortable room to spend time in.

How Good is the Food?
This is where the Anthelia excelled for me. We were there to check the all inclusive option, yet it didn’t feel like what many people might consider AI at all. Lunch in the poolside Portofino restaurant was like lunch in any restaurant. We could have eaten a full meal from the menu but instead had a snack of a pretty decent burger and some tasty churros de pescado. Good intentions were ruined by a couple of cheeky cakes to round it off. 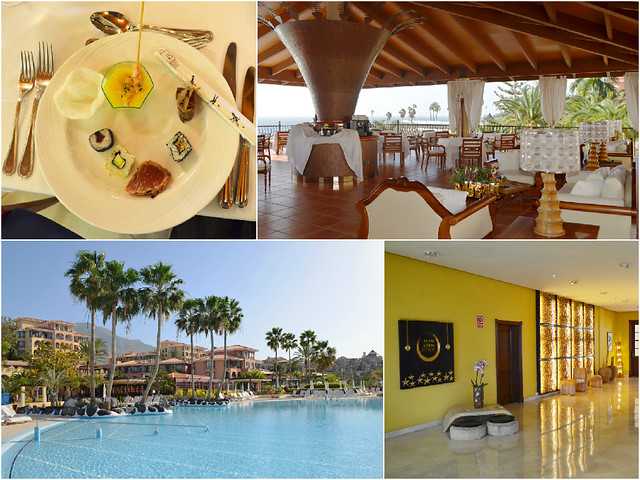 Similarly dinner in the main Zeus restaurant was of a far higher standard than plenty of places where we’ve stayed half board. I’d go as far as saying it was a rather exciting selection for a buffet. They even had a sushi chef, so it was freshly made sushi to start followed by a freshly made pasta dish, created to order by another chef. Overall an excellent selection.
The hotel also has a rather swish gourmet restaurant, the Poseidon, as well as a BBQ restaurant and pool snack bar.

What is the Best Thing About the Iberostar Anthelia?
For me it has to be the food. There was an excellent choice and I don’t think I’ve seen so many chefs creating such a diversity of freshly cooked food to order in a hotel buffet before. It was a buffet ‘plus’ that would confound many people who think of all AI as being low quality.

Who Would it Suit Best?
Although its got plenty of activities for children, it has an adult sophisticated feel that would definitely suit couples (of varying ages). Facility wise it’s a good all rounder.