I’ve lost count of the times we’ve visited Teide National Park over the years, but each time I’m stunned by the beauty of the landscape, and how colourful it is. We stood on a black and gold ash slope looking over a multi-coloured palette of twisted volcanic formations, smooth plains, cones and coils of pahoehoe lava. Not to mention a centrepiece that just happens to be Spain’s tallest mountain. 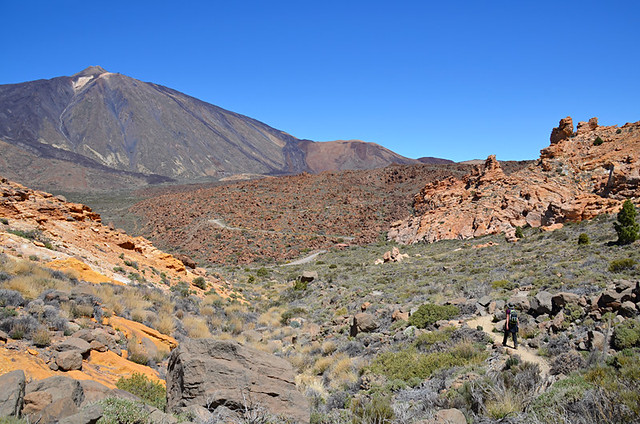 “Do you think there actually could be anyone who isn’t blown away by this place?” The question popped into my head.

It was a question which intrigued, so I decided to investigate reviews on Tripadvisor when I left Teide National Park and returned to Earth.

The answer was yes.

I delved deeper to see what it was about Tenerife landmarks that left some people cold. Some comments were baffling, and some gave me a good laugh. 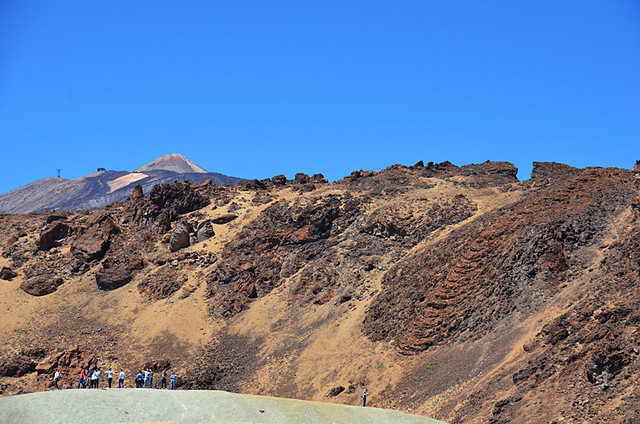 “If you like seeing rocks and don’t mind spending most of your time queuing then this would be for you.”

“Coming from Scotland I was not overcome with the sights.”

Most of the negative reviews came from people on coach excursions. Many related to length of time to get there, queueing, the too brief time they had at the upper cable car station. But “nothing special”? Come on. It’s uniquely special. As for the coming from Scotland remark. I’m from Scotland and beautiful though my country is, I don’t ever remember seeing anything like Teide National Park there.

Nothing to do in Masca 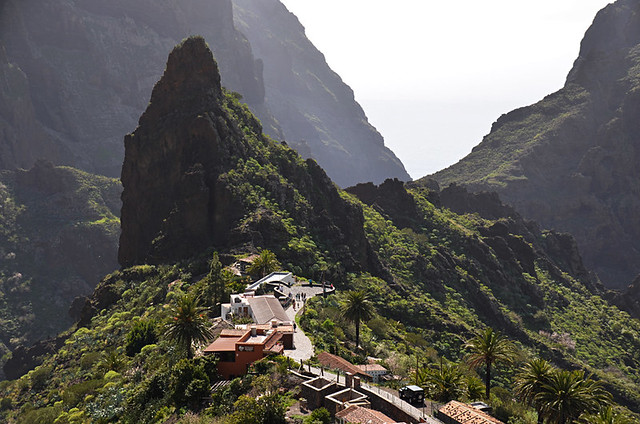 “When you arrive to Masca you can realise that there is nothing special in there.”

“Stunning but not much to do…”

Most bad reviews about Masca were to do with the ‘challenging’ drive to get there. But there are those who view the world like it’s a Nirvana song – “Here we are now, entertain us.” I’m not sure exactly what they expect from places where the pleasure of visiting derives from the fact they are simply naturally stunning. 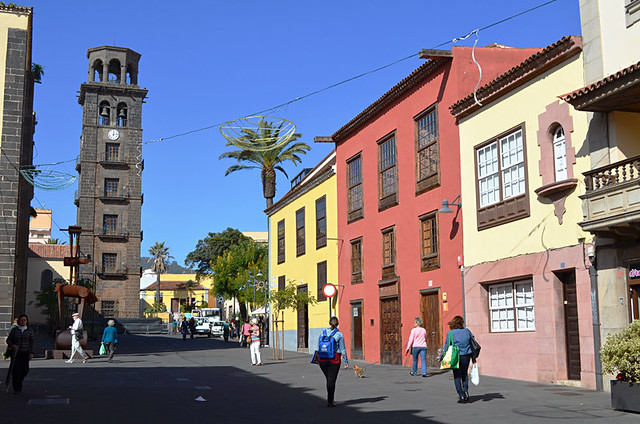 “La Laguna is mostly on the dodgy side. It does have some nice Spanish architecture, but the city is covered in graffiti, full of weed shops, and doesn’t feel very safe…”

“Graffiti everywhere! Some nice attractive buildings but quite hard to find much information in English. Really over-hyped.”

“Be careful though, as a lot of attractions/houses (casa) close for the afternoon siesta 2-5, so have a big breakfast and break for lunch then….or it will remind you of a song by ‘the specials’…”

Some people don’t realise Tenerife is more than just a holiday resort and there are places whose existence isn’t all about meeting the needs of visitors. Subsequently there can a bit of a culture shock when they come into contact with the real thing. With La Laguna, like cities most places, the modern part of the town isn’t pretty. But the old heart is compact and full of attractive colonial architecture. However, strolling the streets of historic towns soaking up the atmosphere isn’t everyone’s thing. Being caught out by siesta is another giveaway that someone isn’t used to coming into contact with traditional Tenerife; although The Specials reference was quite witty. 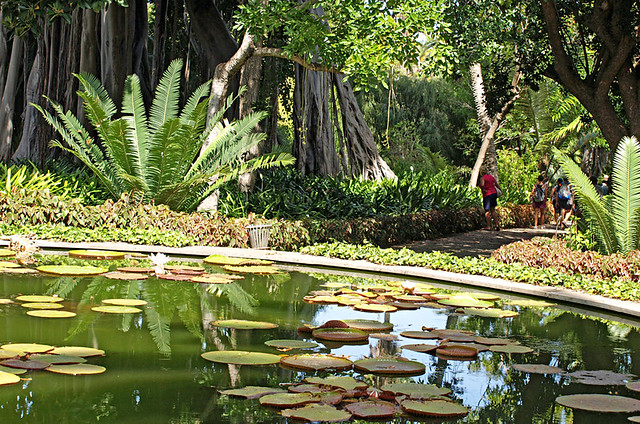 “It was only €3 to get in but there was nothing to see really. Most of the plants could be seen growing at the side of the roads all around Tenerife.”

“There’s an old lady at the start that charges you 10€ each to get in and explains that it’s on many levels. Really not good for people that struggle with hills or walking! Rather a flop here and I would not waste money!”

As the gardens were created in 1788 as a place to acclimatise plants being transported from South America to Madrid, then I guess you could call the place ‘dated’. As for the person charged €10 by an old lady at the entrance, you’ve been conned. It doesn’t cost that to get in to the Botanical Gardens. Actually, it sounds like they were talking about totally different gardens in Puerto de la Cruz, another problem with Tripadvisor views. People regularly post reviews in the wrong place.

Surprise, surprise, the African Market in Santa Cruz is a… 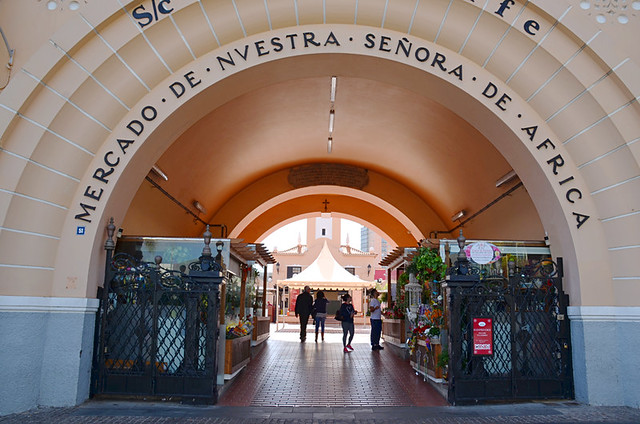 “The market itself is worth a visit for the history behind it , but it’s mostly fresh food stalls…”

Some people appeared surprised, and disappointed, to discover the African Market in Santa Cruz was a market. And one which was mainly of use to local people no less. 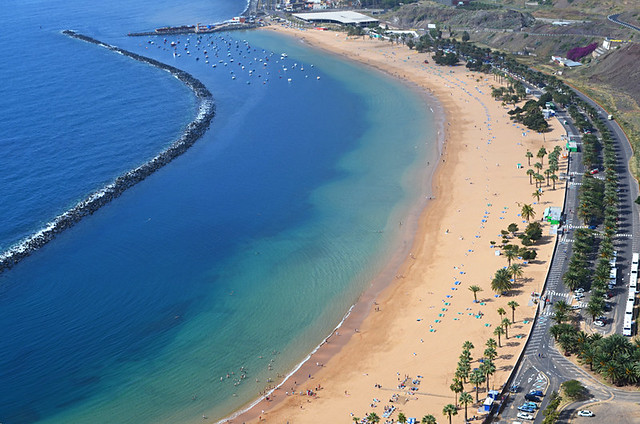 “It is perhaps one of the worst beaches in the world, and definitely the worst in Tenerife.”

“Do not trust the pictures. Looks great on picture … the reality is much worse.”

“It was more of a construction site than a restful beach.. It really isn’t a beach per se…”

Makes you wonder if some people did actually make it to Playa de las Teresitas, especially the last reviewer.

And so it goes on. There was a couple who didn’t like Anaga because there was nowhere to walk there (it’s only the best place for walking on Tenerife). The man who felt let down because when he went into the Basilica in Candelaria he found it was just like a church. Finally there was the family who gave some sage advise about the Barranco del Infierno “don’t go if you don’t want to walk for 3 hours.” 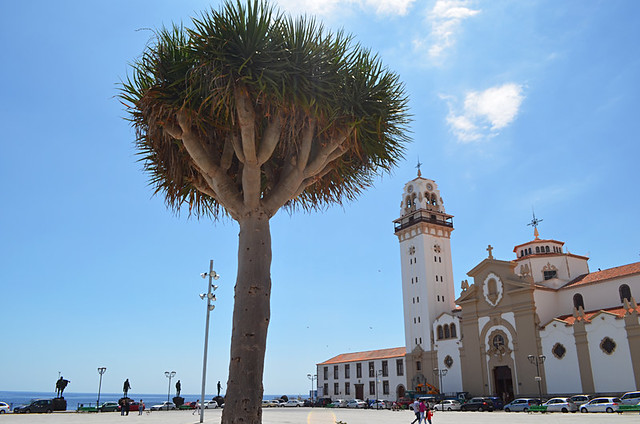 We all have different likes and dislikes etc. and those should be respected. But some views are just mind-boggling. Occasionally negative reviews come about because a person visits a place thanks to reading rave reviews about it. But they don’t necessarily stop to think their preferences might not be the same as those of the visitors who wrote those reviews.

Another thing which is an obvious regular contributor to disappointing travel experiences is lack of research. Because people haven’t researched they either end up in the wrong place altogether, or miss the best bits. It’s partly why we wrote mini guides for Tenerife’s biggest towns and cities.

Here’s a classic example… and I’ve no idea what they are on about as it was posted as a review for the lovely town of Santiago del Teide.

“Bad idea – you may drive for hours, only to meet a closed lift. They have no real attraction, it’s just a mountain in the middle of nowhere.”

Sigh, to each their own.

To end on a positive note, most people leaving glowing reviews of the places mentioned above.