Overall
This is one of the areas on Tenerife where noblemen were given choice lands following the conquest of the island and the Meliá Hacienda del Conde fits in perfectly with the grand haciendas which are common in these parts. It’s not for people seeking purpose-built resorts with all the facilities, this is a hotel for people who love culture, nature, scenery, tranquillity and a touch of class. 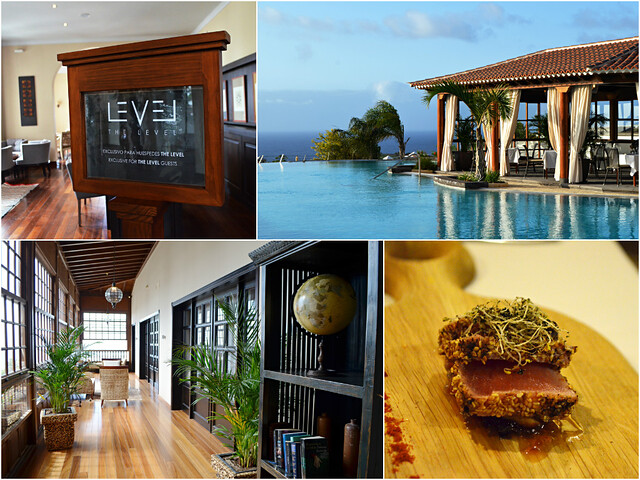 Where is the Hacienda del Conde?
It’s located just outside the town of Buenavista del Norte in one of the traditional and still relatively undiscovered parts of Tenerife, Isla Baja. Day-trippers flock to nearby Garachico but ignore other historic towns in Isla Baja. It remains mass tourism-free partly because being tucked away in the north west corner of the island it hasn’t been easy to get to from either of Tenerife’s airports. It’s not far as the crow flies from Los Gigantes, but the two are separated by the Teno Mountains which add a quite stunning backdrop to the hotel. Between the hotel and the coast is a Seve Ballesteros designed golf course, also not as busy as it should be due to its exclusive location. Nearby are beaches and rock pools, mostly enjoyed by the local population. The new Anillo Insular ring road has made getting from south west coast to north west coast significantly easier, but it’s unlikely to impact on the undiluted charm of Isla Baja too much.

What is the Hacienda del Conde like?
The design is modern colonial, in keeping with the attractively elegant haciendas nearby. There are towers, traditional plazas overlooked by wooden balconies, volcanic stone walls and terracotta tiles galore. As the levels of the hotel are stepped, it looks and feels like a far smaller hotel than it is.

Inside is a mix of contemporary colonial chic – rattan furniture, exotic ferns, stone floors, arched walkways. There’s a calming influence from the second you walk through the traditional entrance, partly due to the elegant design, partly due the soothing fragrance of Meliá’s specially created ‘blue velvet’ scent. There are two receptions, one for The Level guests (the enhanced Meliá package which guarantees an experience that is a bit more special). 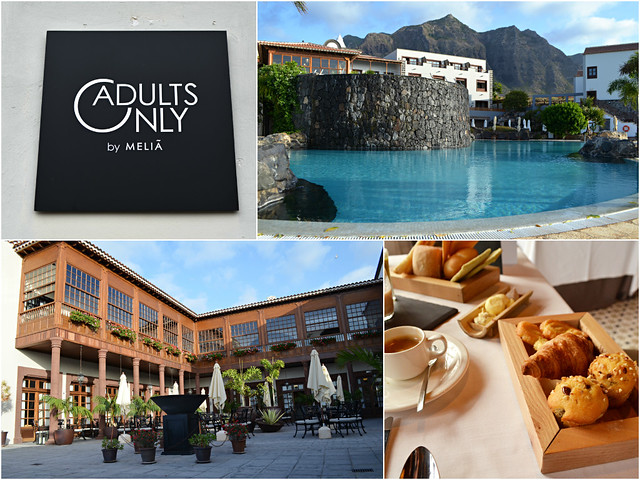 There is an infinity pool with views to the Atlantic which sits beside an open, but covered dining area. Another pool lies directly below, one flowing casually into the other via a wall waterfall.

Situated around the grounds are plenty of corners with sunbeds and Balinese beds in which to curl up with a book, if the view doesn’t prove too distracting.

The hotel has another, unusual infinity swimming pool, built into the rocks on the coast. The first time we saw it we were wowed. However, it lay neglected for a few years until Meliá took over the hotel and brought it back to life. 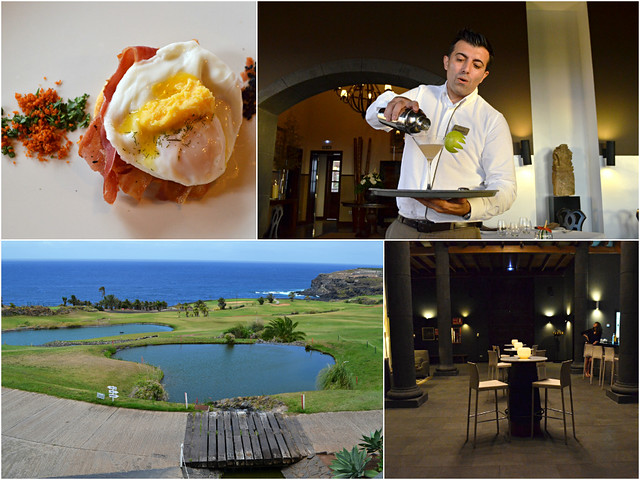 The big attraction is the Buenavista Golf Course. I’m not a golf fan, but I can appreciate beautifully designed courses. Even though the golf course is a big draw, it doesn’t dominate the hotel which has the overall ambiance of a rural hotel.

There’s live entertainment in the exterior courtyard at night. However, even though it was August, we opted for cocktails in the bar. Designed to look like a converted church it is a fantastic bar which wouldn’t look out of place in the coolest of cities.

What are the Bedrooms Like?
The décor in the rooms matches the rest of the hotel, quietly elegant with dark chocolate and biscuit colour schemes to compliment the wooden features which run throughout the hotel. Ours was a Level room with a separate living room area. Facilities included satellite TV, Nespresso coffee maker, good wifi, mini bar, walk-in wardrobe, LOUWE toiletries and a balcony with views over the golf course to the sea. It was extremely comfortable and there were two pillows each on the bed. Pillows are a bugbear of mine. I hate when hotel rooms have only one flaccid pillow. 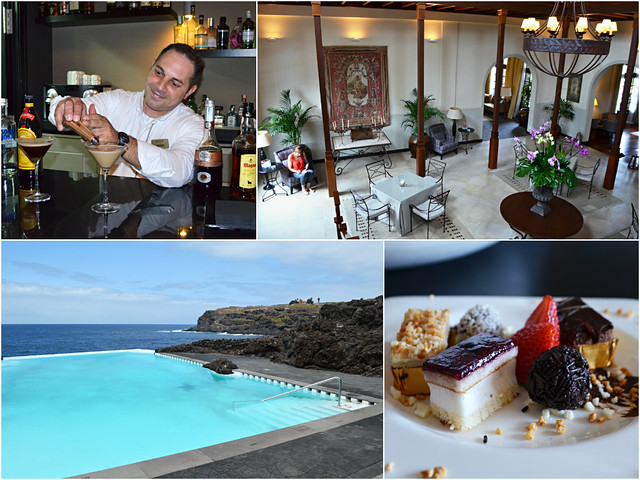 How Good is the Food?
Staying Level gives you access to snacks, pastries, tea and coffee throughout the day, an aperitif service for an hour at midday and a two hour cocktail session in the late afternoon in a stylish lounge with TV, newspapers and magazines.

There is a buffet restaurant beside the pool and a separate a la carte restaurant where we had dinner, kicked off with an award winning cocktail designed by Maitre’d, Giuseppe. Dinner was a wonderfully creative mix of dishes including a sensational tuna tataki and an even better steak tartare, created by chef Tony Perez at the table. The food was up there with some Michelin star restaurants we’ve dined in.

Breakfast was of an equally high standard, involving a selection of yoghurt, smoothies, fruit juice, flavoured breads, jams and pastries with a choice of freshly prepared hot dishes – we both opted for eggs Benedict. It was finished off with a selection of chocolates from local artisans El Aderno. 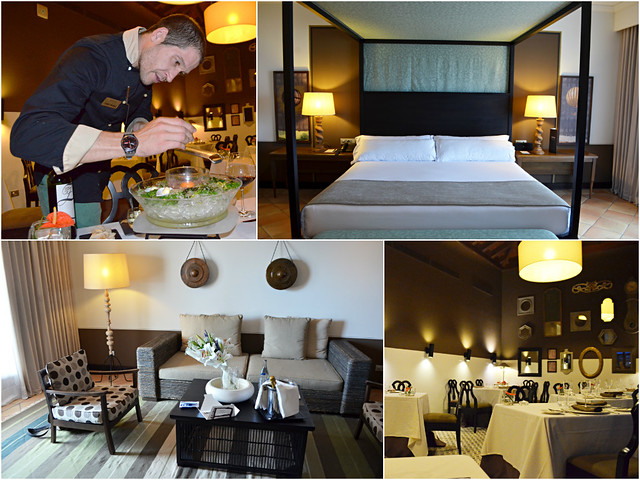 Who Would it Suit Best?
It’s adults only, so ideal for couples looking for a romantic getaway as well as for golfers. But it’s also perfectly placed for people who enjoy exploring the countryside, eating good food and discovering local history and traditions.